Polar announces today a new optical pulse sensor with the name of a home alarm. The Polar Verity Sense is an update of its already well-known Polar OH1 (which was renamed OH1+ when it was upgraded with ANT+).

I have been using the OH1 for several years in many of my tests and comparisons, both for its performance (it is probably the best external optical sensor on the market) and for allowing me to record a workout individually without having to carry another device recording. Although lately I'm having some autonomy problems and I have to process a warranty, although that's another topic.

Taking a quick look at the sensor it seems that little has changed beyond the aesthetics of the strap that supports it. But if we look inside and at the specifications we see that it is a good technical update that improves several aspects and provides it with more features.

Without further ado, I think it's best if I go on to detail these changes with respect to the current model.

As I said, aesthetically there seem to be few changes. Polar has kept the housing and design of the optical sensor itself, where it has applied changes has been to the support of the strap, the electronic part and the internal software of the device.

A lot of little things that in the end turn into a good upgrade. 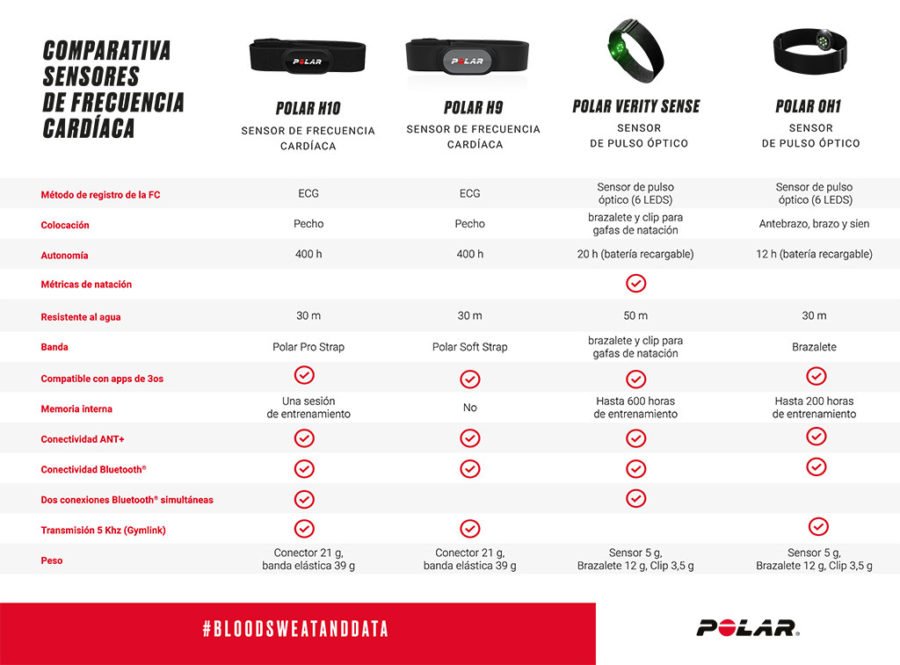 Perhaps the most "tangible" improvement is the new Bluetooth channel it offers. The original Polar OH1 (and later OH1+) only allowed you to connect to one device. If you connected the sensor to your watch via Bluetooth to record a workout you no longer podYou could connect to any other device or app.

Imagine you want to do some laps in Zwift. With the OH1 you could only send data to a single device via Bluetooth. Now, with twice as many channels, you can record (or simply view data) from the watch and from the app. Or record a treadmill workout with a watch, while you see your heart rate on the treadmill screen.

What remains the same is the compatibility with ANT+ devices. Under that standard and because of the way it works, there is no limit to the number of connections. If you use a device with dual connectivity (such as a Garmin or Wahoo) my recommendation is to opt for ANT+ first, leaving two Bluetooth channels free for any other use you may have at a later time.


As for the increased range up to 150m I guess that the regular readers of this page is not something that you are going to take very much into account because of the type of sport practiced. This extended range is intended for team (or contact) sports.

Polar sells its sensors as part of equipment solutions, so the Verity Sense is going to be an important part of its offering. Just think of a soccer team, each player will wear a pod sensor and will pod monitor their heart rate from the sideline.

This increase is due to the new sensor support, as it has an additional internal antenna that amplifies the transmission signal of the sensor itself. In other words, the design of the internal antenna or its size has not changed, but rather it is the strap that allows the signal to be amplified. It now offers longer battery life. It is a welcome addition, although it still suffers from the same flaw as the OH1 and that is that there is no way to know how much battery life is left. Yes, the mode indicator LED will blink when the battery is low, but I would appreciate it if there was another way to check the battery status at any time and know, if only, whether it is at 50% or 25%.

In modes of operation Polar has added one more with respect to what we had in the OH1. They are as follows:

However, adding a new mode has changed the operation. Personally I think for the worse.

In previous models, when you turned the OH1 on you always did so in sensor mode. If you wanted to record the session you simply had to press the button twice, recording from that moment on. I mean, we had full control of when we started recording. 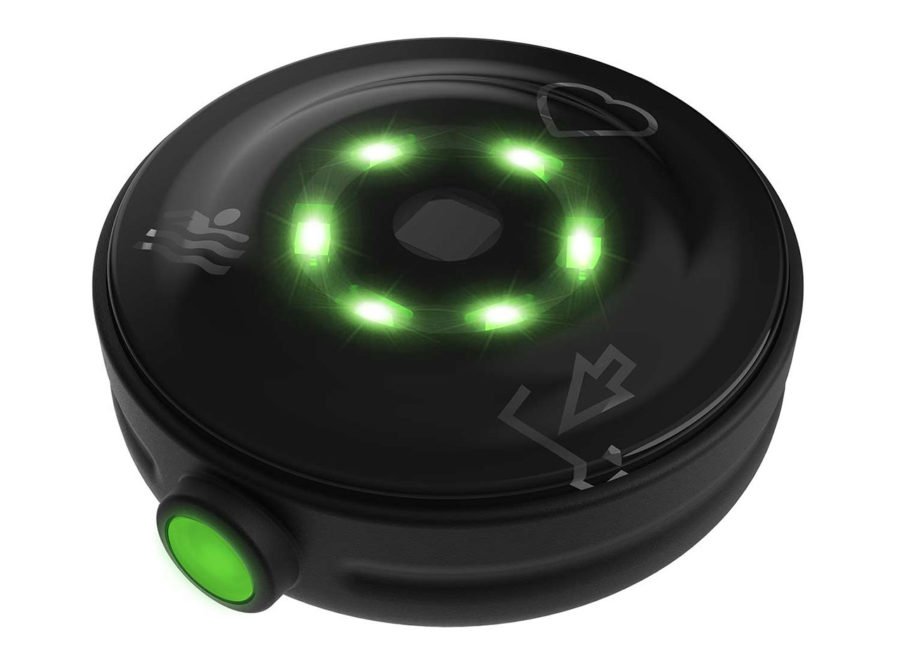 Now this changes. The Polar Verity Sense turns on in the last mode we used, and if we want to switch modes, we have a short time to press the button and select the new one. Once that time has passed, it will start working in the selected mode and we will no longer be able to switch modes unless we turn off the sensor.

That means you can no longer control when you start recording effectively, but it will do so a few seconds after you've pressed the button and selected the mode.

It also has another problem, if you wear the sensor under a long sleeve or jacket you can't see the control LED, so you don't know if it is in the correct mode or not.

If anything, and given that the sensor has memory to store the training, Polar should find a way to download the sensor data to the watch. Garmin does it, Suunto does it too, Polar are the only ones that don't do it. That would be very useful precisely for swimming, because although pod we record the training directly with the Verity Sense, you know we triathletes are not much for looking at the clock on the pool wall.

I hope that this in-depth review has helped you to decide if it is a valid device for you or not. All the work I do you can consult it without any cost, but if you want to support the page and by doing so the work I do, the best way to do that is to buy your new device through the links I provide .

And if you don't buy it today, remember to stop by when you do! Through these links you will not only get a competitive price and the best customer care, but also I will receive a small percentage at no additional cost to you. That's what allows me to keep offering you reviews like the one on this page.

The Polar Verity Sense is available now and you can buy it right now, with shipments starting next week.

The price is practically the same as that of the OH1, although it has increased to 89€ (compared to 80€ for the previous sensor).

Those 9€ are a very good investment considering the new things it brings us. I don't think that at the time of buying the sensor no one doubts whether to spend that additional amount on the new model, even if you think you are not going to take advantage of some of the new features. If only for the additional autonomy it is worth it. 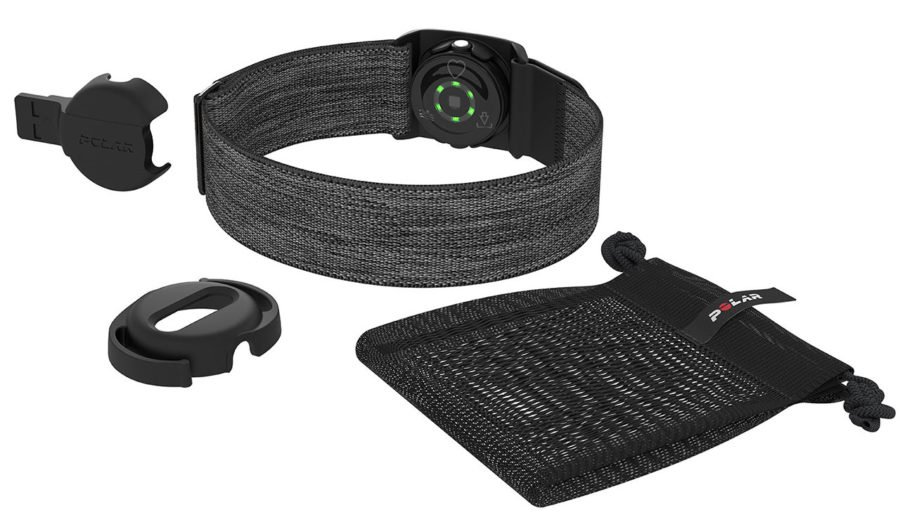 In terms of performance, that of the OH1 was already practically flawless. In fact in some occasions even better than the chest strap, especially in winter because of the cold. From the Verity Sense I expect the same because Polar has kept the design of the sensor itself unchanged, and the support in addition to being better is also larger, so it is able to block all external light.

That's all, you know that if you have any questions regarding the Polar Verity Sense (or also regarding the differences with the OH1 or even other pulse sensors) below you have the comments where you can leave your questions.