Garmin today introduces a new device for its Varia range, which currently consists of Various Radar, Varia Vision and the Varia lightsIt's a headlight with many similarities to the headlight they already had on the market, but with quite a few new features. To begin with, the name says it all: the Garmin Varia UT800 reaches a power of 800 lumens. Is that a lot? It depends on how you compare it. Football field floodlights have more power, but Garmin says that at full power the light can be seen from more than a mile away in daylight.

Let's quickly go over the news and the main characteristics of this new light.

Well, over and above the increased power it offers, the first thing I want to highlight is the new anchorage system. It abandons the classic Garmin quarter-turn system (the same one you find on Edge units) and moves to the GoPro anchorage system.

I think it's a pretty smart choice because it makes it compatible with a lot of the supports out there today. And I'm not just talking about cycling supports, but for every other situation. On your helmet, backpack, head... Anywhere you can carry a GoPro, you can anchor Garmin's new light.

So it's not only a good option for cyclists, but also for ultra riders who train or compete at night and need lighting. Similarly on the bike it allows you to share the same rack for the bike computer and the light (for example, I have a K-Edge that allows this configuration).

Another important change comes in terms of size and weight. 96.9mm is a little longer than its predecessor (4.6mm longer), but the front surface is only 33.5mmx29.7mm (while the previous model was 48x40mm).

And the weight drops from 222 grams to 130 grams. Remember what I told you before about being able to use it in mountain racing or on a helmet?

How the UT800 light works

On the one hand we have the "dumb" operation. That is, like any other light on the market. Simply by operating with the side button podrás to switch between the different modes described above, or hold it down to turn it off. 
But obviously that's not the interesting part of this light. We all like our devices to be smart and have autonomous behavior. That's where the ANT+ connection comes in.

Once the light is on, you simply have to search for the light from your device (which today, in addition to compatible Edge units, you can also find some watches). And what does this ANT+ connection allow? It allows you to automate tasks, such as turning the light off when you turn off the Edge, or turning it on only when you press the start activity recording button. You can vary the intensity of the lighting directly from the Edge screen, or let the Edge automatically adjust the lighting, so that the light will vary between different modes of use (high, medium or low intensity) depending on the speed you are driving.

It's a smart way to extend battery life, since driving at 10km/h we don't need the same amount of lighting as when you're at 35km/h.

If you remember, the previous Garmin light also performed light variation according to speed, but the operation was different. In the old model (Garmin HL500) there were two bulbs, so the effect was to go from short to long as in the car. Although the effect on lighting is similar, that type of configuration did not save any battery.

The Garmin Varia UT800 light will be available in the next few weeks. The best thing about it is that it is cheaper than the model it replaces, going from £199 for the original model to £169. Which is not cheap, but it is remarkable that a product that is better in every way is also cheaper.

There will be two purchase options, one with the bicycle holder that includes a double bracket for the Edge and the front light (or action tubes), and the other with the helmet holder. Either option has the same price.

This page, like any other page you see on the Internet, needs to be compensated in order to keep it running. If you make your purchase through the links on the web you will be helping the blog a little bit and you will be part of the Running a Marathon family. It is a small family, but how cool is that! 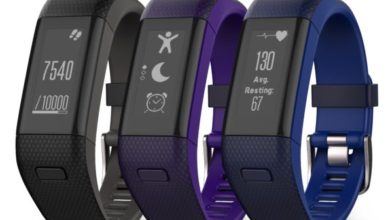