As is usual on any day of competition, last Sunday began early, and if the competition is a triathlon, all the more reason, because in a foot race you simply have to get there and get on the starting line; but the triathlon is a little more complicated: you have to put the box in place, prepare all the material, put on the neoprene (if it is allowed to be used) and go to the starting chamber. Add to all that the placing of all the bibs if they are collected on the same day, usual if they are smaller events.

I don't know how to do it, because no matter how early I get up at the end I always have to go in a hurry. Although this time it wasn't exclusively my fault, but because of the queue that was there to pick up the numbers. 10 minutes waiting for the delivery of the envelope in exchange for showing the federal license. And then what I said: you have to put the numbers to bike, helmet, carrier, etc. Yes, many things to do in a short time available, especially because the briefing in the call room is usually 15 minutes before starting the race.

But let's go with the race itself.

The water was at a very good temperature, 25ºC according to the officials. As you know, from 22ºC the use of neoprene is prohibited by the regulations (and if you didn't know it a new thing you learned today) But the organization decided to allow its use due to the sea state, besides changing the direction of the test by moving the call camera to the other side of the water exit point, to avoid swimming against the current.

And how was the sea! A perfect day. Perfect for windsurfing or kiting because we had been riding for a week with a lot of east wind. Waves, rough sea and a lot of current. Although from the shore it didn't seem so rough, even in the warm-up we couldn't perceive what was ahead of us. 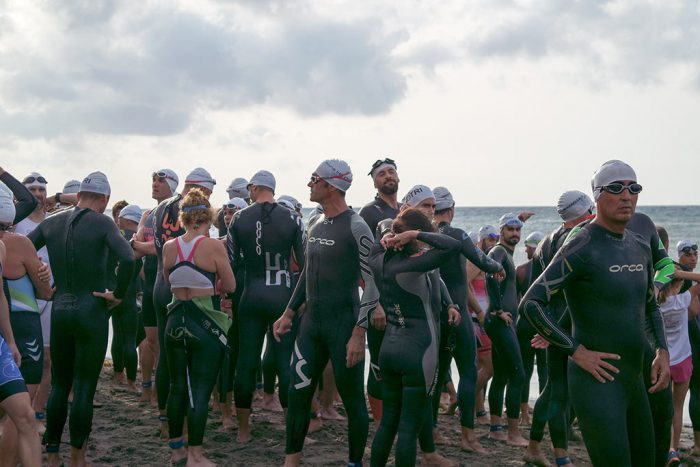 After the horn, everyone rushes to the water and to look for a position. And of course, taking a lot of sticks along the way. Even some who want to make their place by pushing and hitting the ribs (literally). But well, that already corresponds to the education of each one, that it seems that some are playing a ADO scholarship. 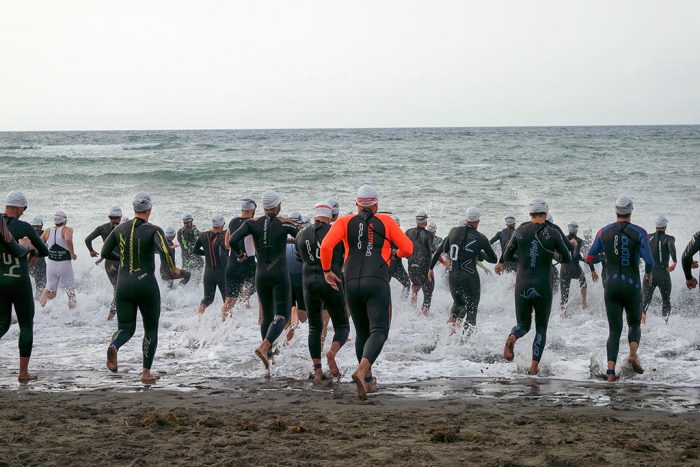 Let's go back to the state of the sea... horrible. After the first 100 meters on the way to the buoy the waves started to grow, being quite high and exhausting when it comes to surfing them. The pictures don't do any justice. 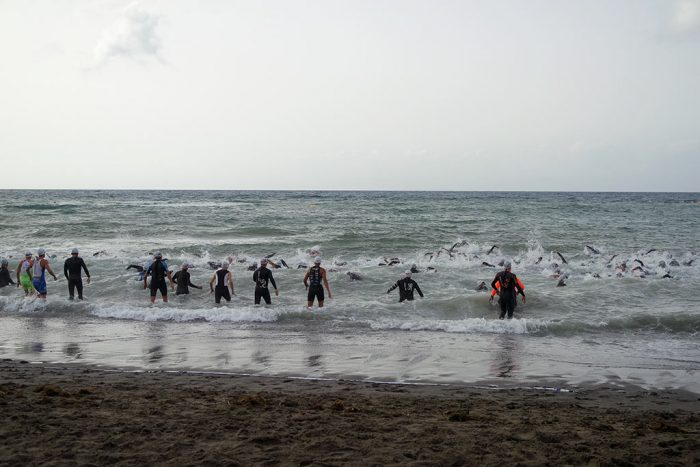 
The plan for that race was to get to the first buoy at a good pace to try to avoid the crowds of competitors in the turn. I didn't think much about what the water was like and didn't change the plan. Having to overcome the significant waves and the tricky navigation I may have gone out pushing too hard. Between that and trying to protect myself from the punches in the ribs of some "canelo" I arrived at the turn perhaps too forced, although I managed to pass without much stress.

After that first buoy things got better, especially since I didn't have to swim against the waves. In my plan I planned to slow down a bit and try not to get too lost in the search for the second buoy. It wasn't easy because with the undertow there was no visibility at all, and you could only see the feet in front of you if you were totally stuck. And not because you saw them, but because you found the bubbles that meant that you had feet in front of you... or a tuna, to be precise.

This second stretch was quite good, favoured by swimming in favour of the current. Before I knew it, I reached the second buoy, even though I had slowed down slightly to compensate for the initial effort... I thought that what was left was going to be a walk in the park thanks to the strong swell, but how wrong I was...

On the way back to the beach the chaos started. All the triathletes in front of me were swimming in different directions to the starting point. They were heading to the left of the starting flags, about 100 meters away. The navigation was very difficult and the undertow was leading us in.

Every time a big wave came in, the current would suck us in, making it very difficult to move forward. While I fought the waves and continued my navigation straight to the start point, the others kept sailing away from the start.

Halfway through I came to the conclusion that maybe they were right and decided to follow them, following the direction of the waves to try to minimize the agitation. If I had to run 50 meters more at the start I wouldn't have lost much time either, but I was getting the feeling of being totally static while I was stroking in the water. 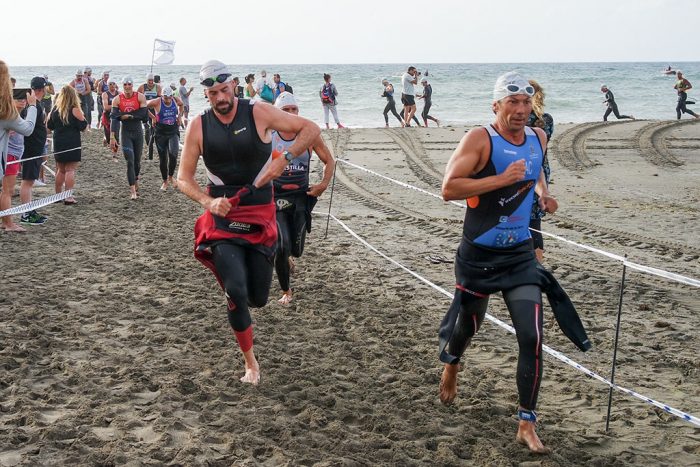 Finally I managed to get out of the water in a time slightly less than 12 minutes in position 82; tired and shaken by the waves. A long transition to the pits was ahead, having to cross a narrow tunnel of about 80 meters practically in the dark. Luckily there was no incident or fall, because a pileup in there could have been quite dangerous.

The cycling circuit was ugly, but ugly, ugly. We left the pit area, a couple of roundabouts and a climb of just over 1 kilometre with an average gradient of 5.7%, heading for an industrial estate.

The whole climb was totally exposed to the strong easterly wind that we were "enjoying", as there was no protection from buildings of any kind.

After arriving at the top, a turn was made in a couple of blocks of industrial buildings with a rather irregular asphalt and a return descent along the same path to be shaken again by the strong wind.

A short straight between the two roundabouts mentioned above and the end of the first lap. That way up to four times. Beautiful. 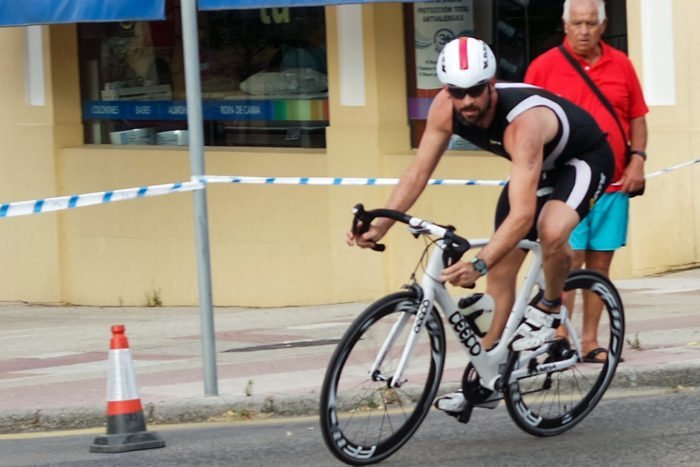 The first lap I did practically alone. The swimming was so complicated that it was difficult to find a group to work with.

On the second lap I started to appreciate a more or less balanced group, and on the way up I lost the wheel a little bit because I didn't want to overdo it with the power, but I recovered the lost ground on the way down.

Here began some good relays, especially with a triathlete from the Bahia de Malaga club with whom he was alternating the leading position to fight with the strong wind. 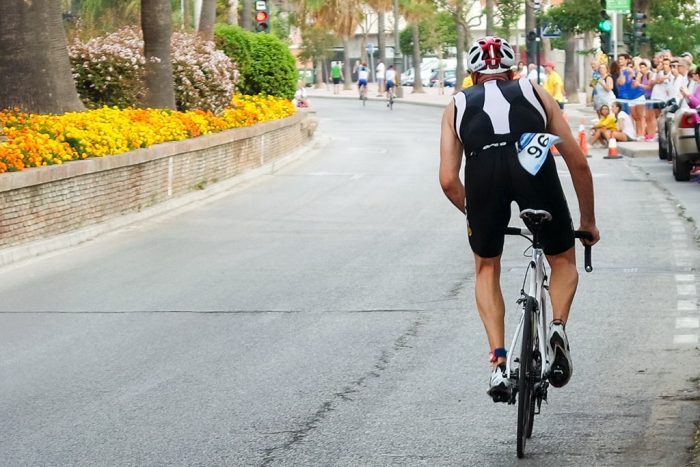 On completing the third climb, the chain came off, luckily I was able to recover it by reaching up and putting it back on the chainring with hardly any loss of time. "Don't do this at home", you risk getting your fingers caught between chainring and chain. What I did lose contact with the group, so I had to give a plus in the recovery stretch to start the descent, reattaching in the flatter area and headwind, where the relays were happening. 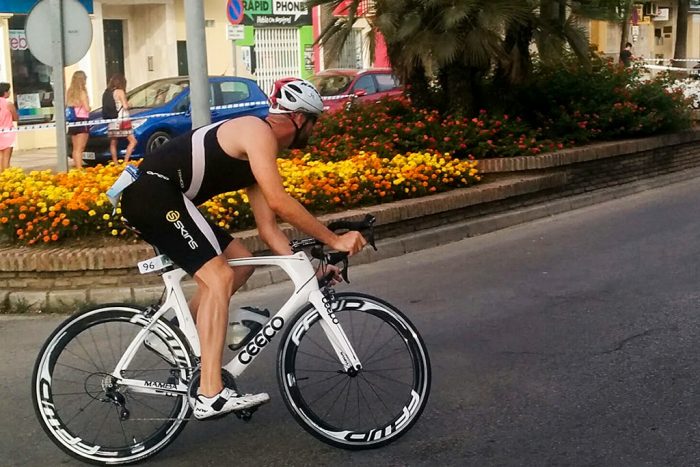 I didn't do a good segment of cycling. With just over 41 minutes I arrived at T2 having lost 46 positions with respect to how I had gotten out of the water.

At least I know that, except for the first lap (a little slower), the other three were very similar in time with a 5 second difference between all of them. We must never forget that the most important thing is to be able to reach T2 with strength to have a good performance in the foot race.

If the cycling circuit was frighteningly ugly, the foot race more than compensated for it. It comprised two laps of the most central streets of Estepona; which although at that time were still quite empty, running through typical Andalusian village streets with people clapping on their doorsteps, surrounded by flower pots on walls and windows is very pleasant to look at. At least much more than going up to an industrial estate. 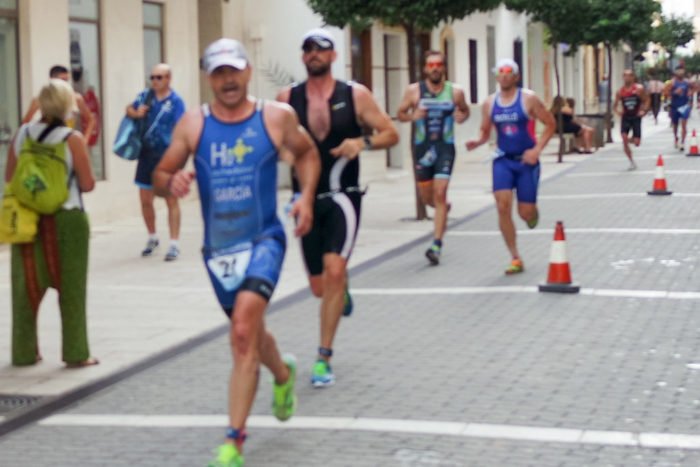 The circuit was quite flat and comfortable to run, except for a rather steep slope that cut the progression a little bit, so they started partial kilometres, running comfortably at an average pace of 4:20 on the flat but losing 15 seconds with the uphill section. 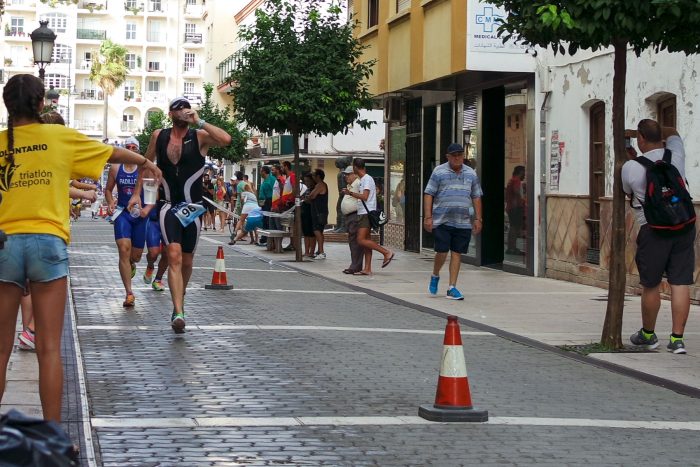 Already in the second lap I started to increase the rhythm after doing the climb for the last time. The descent helped to retake the sensations by increasing the cadence, allowing to reach the last straight already recovered and doing that last kilometer at a pace close to 4:00 min/km. 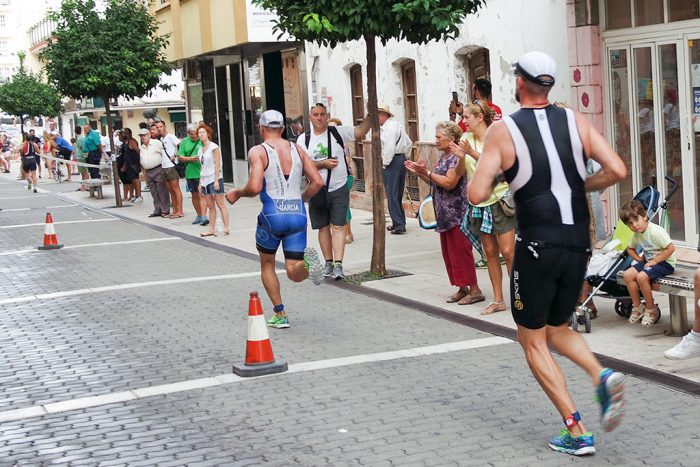 In contrast to the bike segment, I was happy with the race on foot, without burning too much energy in the climb, knowing how to regulate the pace correctly, and especially because after having reached T2 in position 128, just under 22 minutes later I was crossing the finish line in the final 94th position (and 46th in my category) with an official time of 1:15:13. 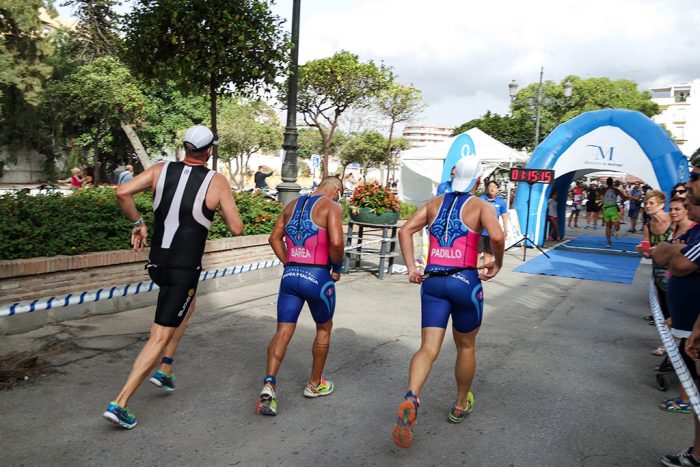 I am happy with the final position, especially for having done a good swim despite the difficulties and for recovering with a good race a segment of cycling that did not favor my characteristics at all. 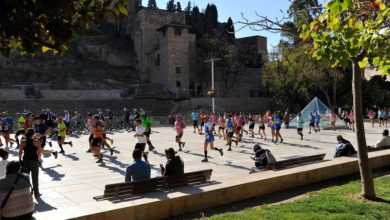 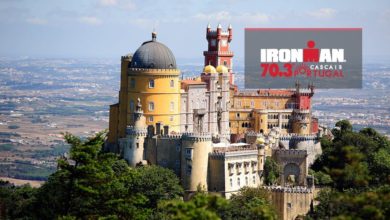 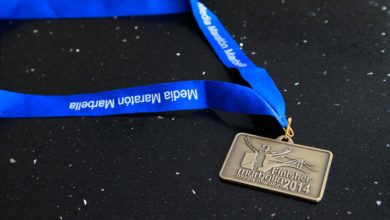