This weekend is loaded for endurance sports enthusiasts. And I'm talking about a weekend because the Ironman will be over in the morning, but we can sum it all up by not meeting anyone on the 12th...

And what's next? Well, as soon as you've been watching the news or social networks, you'll know. First we have Kipchoge's attempt to go under the 2-hour marathon distance at the INEOS 1:59 Challenge. Shortly after that, the long-distance triathlon party begins: the 2019 Ironman World Championship in Kona.

More than the feat itself, what interests me most about INEOS Challenge is the amount of science that surrounds it. Don't get me wrong, no matter how much "cheating" you put into it trying to go under 2 hours in a marathon is a crock. Kipchoge himself is the current world marathon record holder with 2:01:39 at the 2018 Berlin Marathon.

See if it's complicated that everything that revolves around the record attempt is thought out to the millimeter. And there's money involved since it's the oil company INEOS that pays for the whole party.

The attempt will take place in Vienna's Prater Park. A circuit with a total distance of 9.6 kilometres has been prepared: 4.3 kilometres in one direction and 4.3 kilometres in the other. At each end of the circuit there are two large roundabouts to avoid any change in intensity during the turns. 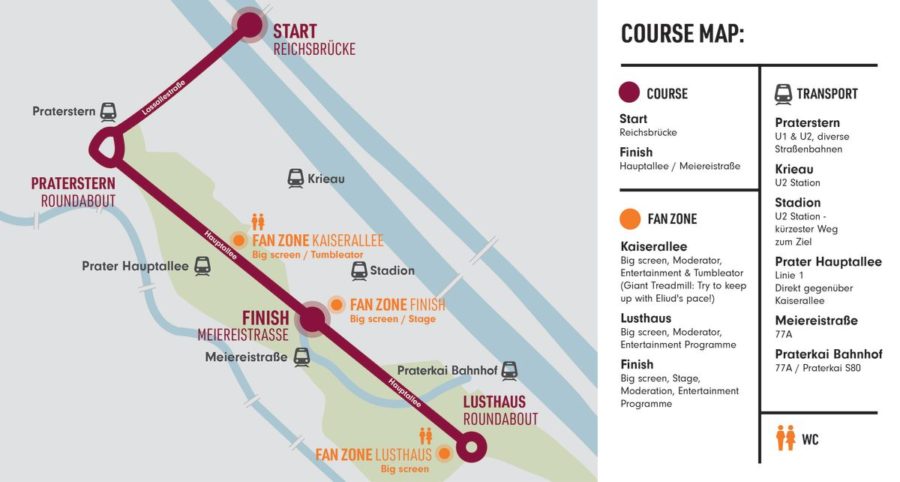 Eliud Kipchoge will be accompanied by a legion of hares that will be with him in the attempt. They will not be there to (exclusively) set the pace, but to provide cover from the wind. This cover from the wind is another reason for having chosen this park, since in addition to being protected by the runners, it will be protected by the trees, which also ensure a cooler environment.

The pace will be set by a car in front of them, which also offers aerodynamic coverage. The formation of the group to offer the greatest coverage has also been studied by experts in climate and aerodynamics coming from cycling or navigation.


The car part may seem simple, but neither is it. A team of engineers has been behind its creation to achieve a vehicle capable of modifying speed accurately.

The car is completely electric, so racers won't have to breathe exhaust fumes. Both racers and car have a chip that will control the passage of kilometers, giving precise information about intermediate times and speeds. From there the car will be able to adjust the speed in ranges of 0.1km/h. 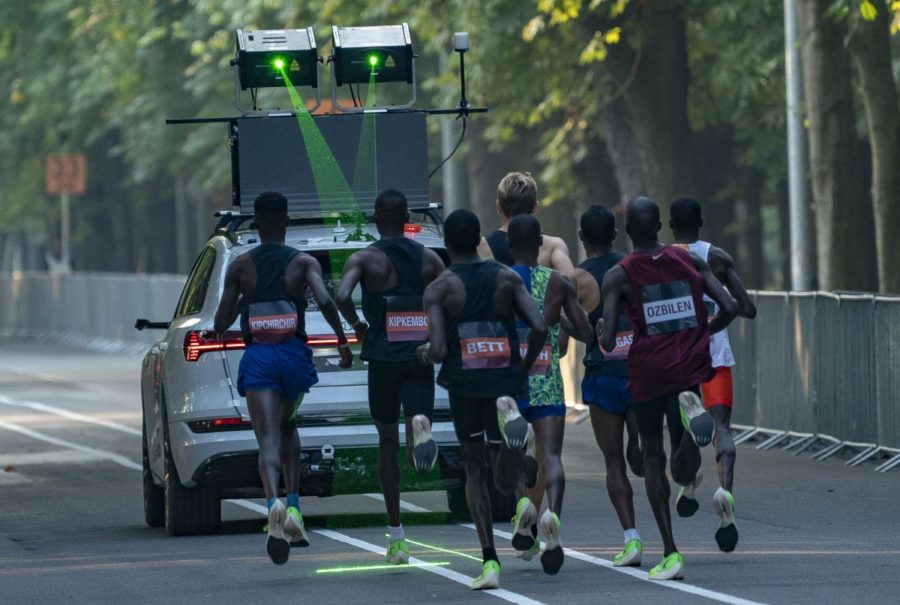 It will emit a laser line to mark the race pace, which is what the hares will use to adjust their pace. And they will have two cars to try, in case anything of the first one fails.

Nothing has been left to chance. The time of the attempt has not been confirmed until shortly before to look for perfect weather conditions of wind, humidity and temperature. Finally Saturday at 8:00 will be the time chosen to try to achieve this.

Hydration has also been studied to the millimetre. In fact, it will vary from Monza's attempt in 2017 (the Nike Breaking2 which failed to go below two hours for 26 seconds). At that time, hydration was lower and for this occasion he has been training to drink every 5km.

The IAAF may not validate the attempt as a record (something completely normal, as these are not race conditions), but it is clear that regardless of the fact that it is not an ideal competition we will all remember it, especially because of the studied conditions.

The event has already been confirmed for the morning of 12 October, with a departure time scheduled between 5:00 and 8:00. The final time will not be known until this afternoon. The weather patterns for Vienna are being reviewed to find the optimum temperature, humidity and wind point.

They are expecting wind conditions of less than 2m/s and a temperature between 5 and 9 degrees. They also need at least 24 hours without rain to ensure that everything is totally dry.

As I say, the most exciting thing about the INEOS Challenge is not the event itself... it's all around it. This afternoon we will know the final start time, but 1TP10 after watching it from the video below.

How do you see the INEOS Challenge? You have it as clear as I do, or you see it with more reservations... Well, here are the comments... This is how home training has changed