There comes a time of the year when traditionally the search for sports equipment increases, either to give to someone you love, or to give to yourself (who also loves you very much). This is when the doubts of many begin.

It's simple, what I'm going to do is put a list of sports technology that I think is the best, or what will fit the particular use that will be made of it. That list that I have in my head and to which I resort when a friend asks me when he wants to buy his first GPS watch or simply renew the one he already has. All with the aim of helping you and that you get totally right with the purchase, because that's what I'm here for, to test and analyze the products so you can buy with total confidence.

And if you buy it through the Amazon link that I provide, know that you will help the maintenance of this site and, above all, the purchase of new devices so you can continue doing those tests that you like to read so much.

So without further ado, we'll get down to business.

Without a doubt, this is the closest category, where we will find more products and, being a more mature type of product, the differences between one product or another are more in small details than in a clear difference in performance.

If you're looking for maximum performance for little money, I'd go for the TomTom Runner in its version without a pulse sensor. You get a watch with a good quality display and a variety of metrics available to put on the screen. With the difference that there is with the version in kit with sensor, it is more interesting to buy it separately. Later you will find the sensor section where you can find one to pair with, in this case via Bluetooth.

There may be other contenders in this range, such as Garmin Forerunner 15 But its price is too close to that of the Polar M400, which surpasses it in everything.

Here my choice is clear. If you want to spend little money and have a watch that is sufficient for the present and the future, you must go for the TomTom model.

Yes, the M400 lacks the vibration, but it has an activity monitor that works really well. But given the price difference I find it hard to justify it in the possibility of having vibration.

If you're someone who takes running totally seriously (or that friend or family member you're giving it to does), the choice is clear. Garmin FR620It is an expensive watch, but there is no other brand that makes a similar product in this category. And thanks to the HRM-Run sensor you can analyze during and after every training or race your cadence, time of contact with the ground and vertical displacement. That is, if you run to compete, the FR620 will really help you improve your technique and polish up failures.

We can also think of other clocks, such as the Polar V800, o Suunto Ambit2 or Ambit3But I repeat, if you take this sport seriously and don't need swimming or other sports functions, you won't find anything that suits you better than the Garmin FR620.

You know that trail or ultra trail runners are special runners, and as such they demand special products. A trail runner does not worry about taking a minute more or a minute less to cover the 10 kilometers. For them the important thing is to get home before it gets dark or the front end runs out of batteries.

Therefore, they demand specific navigation functions, barometer and above all a range capable of withstanding the longest tests. That is to say, you are not looking for a GPS watch to mark rhythms, but you are looking for a tool.

This time we have two good competitors. On one side of the ring is the Garmin Fenix 2 (check out Germanyis usually somewhat cheaper) which, like the FR620you must buy with the HRM-Run sensor. And on the other side we put the Suunto Ambit3 Peak (which incorporates greater autonomy and barometric altimeter unlike the normal version).

Both are great options and will more than meet the needs of a trail runner, so the one chosen will depend on which one is cheaper at the time of purchase.

Here we put watches that not only are capable of having profiles of different sports, but must have a specific mode for triathlon, capable of allowing you to quickly change from one sport to another and also measuring the transition times.

It's big and it's been on the market for years. But the truth is that because of what they're asking for this watch, the Garmin Forerunner 310xt If you are new to triathlon and your budget is already stretched by buying a bike, jumpsuit or wetsuit, the FR310xt can save you the ticket with more than enough performance.

It's a tough decision. Honestly, the Garmin 920xt is clearly the best option. It's just arrived on the market and it's the most powerful watch. But with the waterproofing problems that the first units had, it's completely disappeared from the market. There's no way to find one, and I wouldn't dare to recommend it to you precisely for this reason, since maybe the one you take with you comes before the problems are solved.

So my choice is the Polar V800 (again, look in GermanyThey have good offers on this model).

After a difficult start it seems that Polar is catching up with the firmware updates. They have just released the update to have pool metrics and have promised to continue adding new features over the next few months. In addition, thanks to the Polar H7 sensor you have the ability to track pulses when you are underwater (something that for example the Garmin 920xt cannot).

However, if you find it available and make sure it's brand new, buy the Garmin 920xt.

I'm looking forward to seeing how the rivalry between these two great watches will play out. On the one hand, the Polar v800 has a better navigation (even if it means taking a detour to get thereThe Garmin 920xt has more options, such as the ability to transmit a real-time workout via a mobile phone or the possibility of adding applications in the future via the Connect IQ platform. It's all up to the engineers of each brand and what they are able to incorporate via firmware updates. 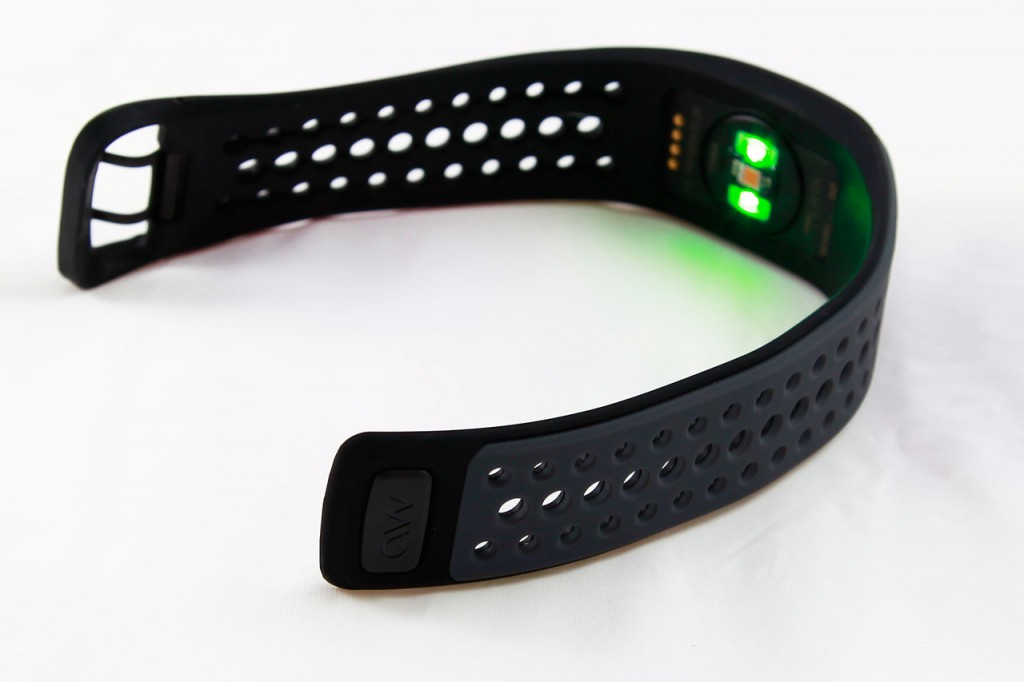 What would a GPS watch be without external sensors? The interesting thing is to be able to track values, the more the better.

Many are those who train with a mobile phone or simply need to change the sensor due to some fault (I myself broke one in a bike fall), or in cases like the ones we have seen above, where the difference between the pack with sensor and the watch without sensor is high.

More than the sensor itself, the important thing is to look at the chest strap. Arendo is of good quality and with a construction very similar to the Polar Soft Strap model. For just over 20 Euros it is a highly recommended sensor, even if it is only for training in the gym with some application on the mobile.

I love sensors that have dual ANT+/Bluetooth connectivity, because you don't have to throw it in the drawer for switching from ANT+ to Bluetooth or vice versa. Or for training with an ANT+ watch and using the same sensor with your mobile phone in the gym. This dual capability gives you much more versatility, and if you need to replace your brand's own sensor I see no reason why you should repeat with the manufacturer's (except for Garmin's HRM-Run or Polar H7 if you have a V800).

That's what the Wahoo TICKRWhy limit yourself to one standard when you can have both?

I have to admit it. I'm in love with this little bracelet. I'm sure more than one and two of you have suffered the scrapes, burns and discomfort of traditional chest straps. For you there will be nothing more comfortable than getting your hands on the Mio LinkAnd you don't have to worry about compatibility, as it emits ANT+ and Bluetooth Smart signals simultaneously, so you can use it with the vast majority of watches on the market.

There's not much choice here. The Garmin Foot pod is almost the reference in case you are thinking about a pedometer for running indoors or on a treadmill. There are other brands that manufacture this type of accessory, but Garmin's is small and you will have no problem finding it in Spain.

If, on the other hand, your watch has Bluetooth technology, the best choice is adidas miCoachMake sure before buying that your watch has a pedometer holder and that it does not have compatibility problems with the miCoach. 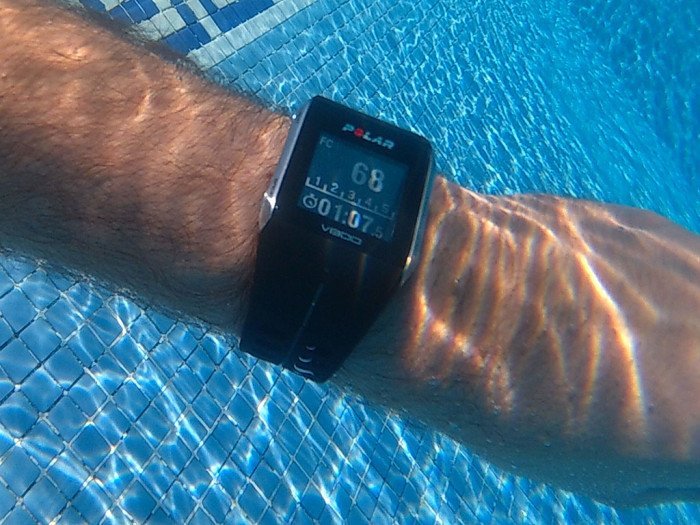 It is becoming more and more common among sportsmen and women, especially in extreme sports (no, going for a walk on the promenade is not extreme), to have action cameras. They are resistant to water, vibrations and in general to any abuse you may make of them.

Within the economic chambers, the new GoPro HERO is the one that stands out from the rest. Yes, it's true that SJ4000 But the existence of so many copies of unexpected results as well as problems that may arise in terms of guarantees make me opt for the safe bet.

If this is your first camera, you do not have very high demands, it is the clearest option. For less than 120 Euros you will have a camera resistant to all the bad things you can think of doing with it.

GoPro are still the kings of the market. They created this sector and they are still setting the standards. GoPro HERO4 Silver Edition is one of the firm's new models, which unlike the version it replaces has a screen. Its wide angle and excellent recording quality stand out. Above it there is another model, the GoPro HERO4 Black Edition with 4K recording capability, but except for very specific uses in my opinion it won't be worth your while.

That's all. Thank you for reading me (and for supporting the site!), and I really hope that with these tips you will be fully successful in your purchases. 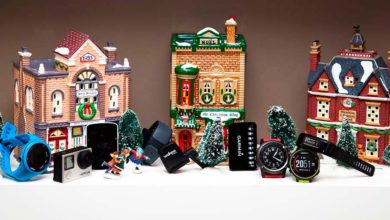 Recommendations for buying GPS watches and gadgets for Christmas