These weeks have been quiet in terms of new product announcements. Polar introduced the new Polar Grit X Pro and a couple of versions for the Polar Vantage V2. But there are a few things worth commenting on, because it doesn't mean that everyone has gone on vacation.

Today is the date that the Polar Vantage V2 was scheduled to be released. to receive all the latest news software that were presented with the Polar Grit X Pro a couple of weeks ago. Just to refresh your memory, this is everything coming to V2.

So the most important are the new navigation options. But this list does not include the rest of the small changes that have come with some redesigned parts of the user interface.

While we're on the subject of Polar, Polar Unite also received an update late last month. These are the new features received:

Another of the things that were left pending in the presentation of the Polar Grit X Pro was to clarify exactly how many and which of the new model's new features were to come to the Grit X that was already on the market.

This update is not for now, like the Vantage V2 we have seen above, but is scheduled for the end of the year. It is firmware version 2.0 and this is all that will arrive:

This is an update that has come to the new Wahoo ELEMNT BOLT in the middle of my ongoing testing of the latest Wahoo cycle computer (which I hope to poder post in the next few days).

Until now it was only possible to view the map with the predefined settings, but with the latest (or penultimate) update it is now possible to zoom and scroll the map to view data on the route and surroundings.

At the moment it is only available on the latest BOLT V2, but I assume it will soon arrive on the ELEMNT ROAM as well.

On the map screen there is now a new option for the left button marked "...". 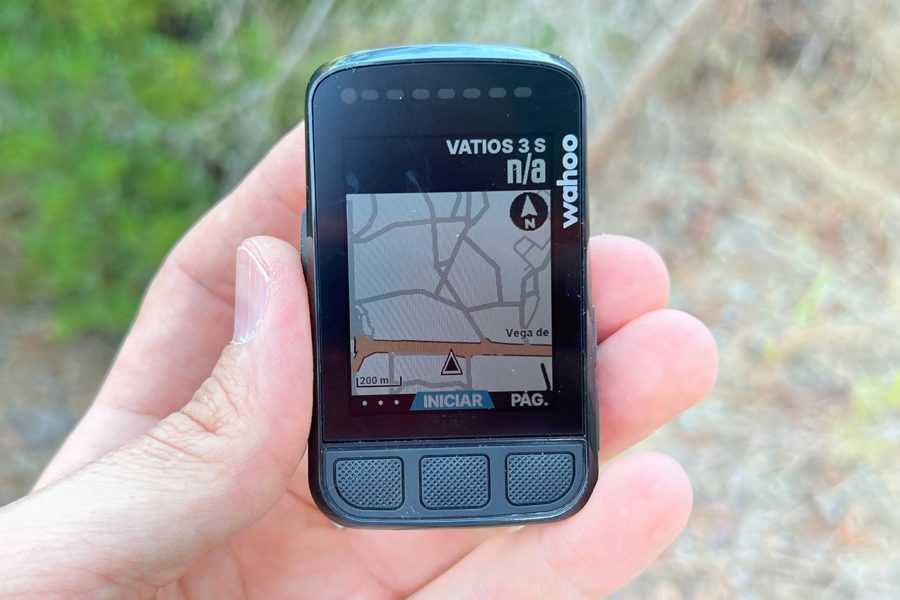 Clicking on it displays the different scrolling and zooming options. Additionally there is also a direct access to the routes. 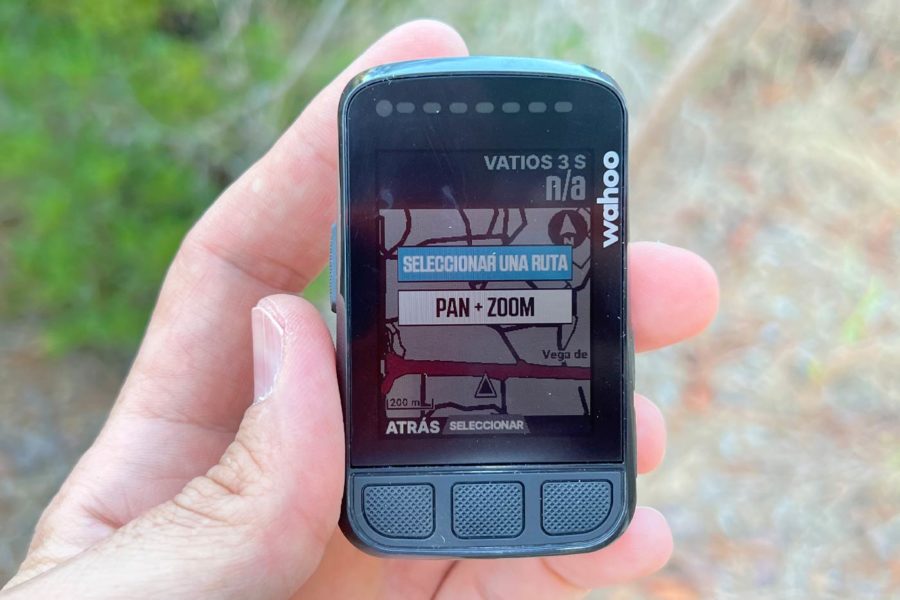 The use is simple, just select one of the two options (scroll or zoom), and with the 1TP10 buttons you can move around the map or zoom in and out.

The purpose of this option is simply to poder see what surrounds you on a route, since there is no possibility to mark a point on the map to perform the navigation there. All of that still requires the use of the mobile app.

Update for COROS VERTIX 2 and COROS in general

Last week COROS announced the synchronization of Strava routes with its platform, in addition to a number of new features for its latest model, the VERTIX 2 CHORUS (which is finally arriving in Spain, although I am still waiting for a test unit).

Strava route syncing is what will matter most to most right now, because as I say at the moment it's been impossible to get the hang of a VERTIX 2.

One of the problems of the COROS platform is that they do not have a route planner in their application, and everything must be done through third-party applications. And passing a route in GPX, although possible, is not as comfortable or direct as we would all like.

With this update it will be possible to create a route in Strava and, by marking it as a favorite, podhen view it in the COROS application.

This update is at the application level, so it is compatible with any COROS watch that has navigation. That is, all with the exception of PACE.

As for COROS VERTIX 2 the new update brings a couple of new features:

The climbing mode is a new profile that perhaps for those of you who do climbing everything makes sense. For me, the closest I've been to climbing is on a cruise, the truth is that I don't understand anything. COROS has created an article with all the information on the subject. (in English).

At the moment these two functions are for the VERTIX 2, but it is possible that we will soon see them on the rest of the models in the range. And speaking of seeing features in the rest of the range, the arrival of navigation with maps on the COROS APEX and COROS APEX PRO continues to be scheduled for the end of the year.

Yes, Suunto has also made a move with new features for its watches. The update (numbered 2.18.18) was announced at the end of September so it should be available for all watches by now.

These are the new features it brings:

The function of SuuntoPlus Burner is similar to that of FuelWise of Polar. It allows us to see the distribution of the origin of the energy in carbohydrates or fats. Very useful for calculating your nutritional needs.

However, do not forget that these are estimates based on your heart rate, so the actual data may differ from what the watch shows.

Strava also has some news to tell us about:

Personal activity maps on cell phones
It is now possible to view the heat map of our activities directly in the application. Until now it was only available in the web version (which we use less and less).

In the maps tab, you can select the "My activity map" layer to see which routes you have traveled, changing the intensity according to the number of times you have done that route.

For example my usual routes are clearly marked, while those that I have only traveled once have a much lighter tone.

Within the map options that podemos select to display the activity there is now a new one that will indicate the type of surface. So those who follow you 1TP10Will be able to see if you have passed through dirt, asphalt, etc.

At some point you may want to not display an activity publicly, but still compete in the segment or club leaderboards. Activities will still be available through your profile, but will not appear directly in your friends' feed.

The Local Legends feature (recognition of the athlete who has run a segment the most times) makes the leap to the virtual world and will now also be available on the 20 most popular Zwift segments.

Good luck in getting it, because there are some more rivals there than in your neighborhood.

And that's all for today... thanks for reading! 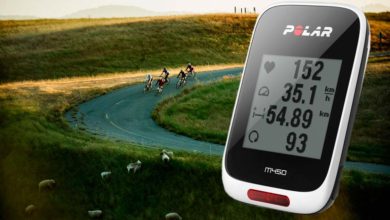