The use of sports applications such as Runtastic, Endomondo or Strava is increasing every dayThey offer a lot of information for little or nothing, and in a device that we all have.

There are many of us who not only like to count our outings, but also share it with our colleagues and friends On more than one occasion you may have found that while you use one application (and have the data synchronized with it), your friend uses a totally different one, which diminishes his social skills.

It may also be that you decide to change your platform, that you are comfortable with Nike+, but a new feature of Runkeeper catches your eye, but you don't want to leave your whole history behind you've been racking up on your outings.

I don't usually go out with my phone, and I use my Garmin Forerunner 410 both for tracking during the activity, and then synchronize it with my computer and move it to the Garmin Connect application. Thanks to SyncMyTracks, once the activity is already uploaded to the Garmin panel (and edited, if there is something like the activity type to be touched up), I simply synchronize all the activities and have them in Endomondo and Runtastic, which are the platforms where I have social activity.

Not only does it synchronize times, calorie consumption or other metrics, it also downloads GPS data and will locate our workouts on a map, not only in the application where we created the route, but in all the others. In other words, it copies the workout completeand it looks like you've recorded it with that application in question. Fantastic!

Furthermore, and as a novelty since September 15th, the application is also capable of synchronizing workouts without GPS data (for example, those performed in the gym), something that it was not able to do before.

These are all the applications between which you perform synchronizations:

Update February 2, 2015 - The application has been updated, adding support for Polar Flow and Sports Tracker, and now has a better design, thanks to Material Design.

The application is very simple (maybe too much, for what we are used to see). In this case, the analysis is done on the paid version (1.99 ? in Google Play), since the free version is only valid to synchronize 40 activities.

After downloading the application and opening it, this is the screen that appears 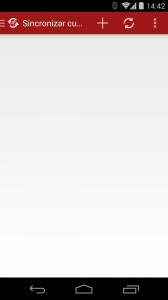 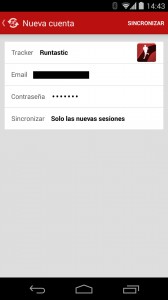 Pay attention to the data consumption warning. We recommend to do it connected to WiFi if you don't want to spend your data rate, because the data is downloaded from the tracker in question to be able to synchronize it with other applications. 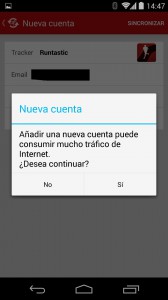 Once all the accounts have been added, I proceed to synchronize all the data. It takes the data from the various applications and copies it from one tracker to another quickly, and in a matter of three minutes we have all the programs up to date. 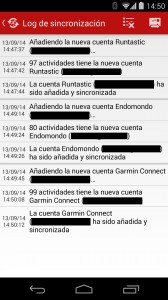 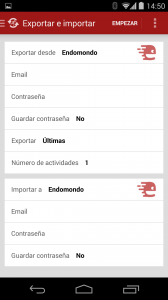 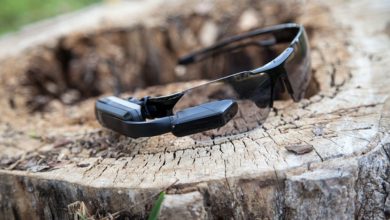