The complete analysis is already finished, so if you are interested in knowing all the details of Suunto Spartan, I recommend you to read the complete review by clicking here.

Suunto is also present at CES this year, introducing the new Suunto Spartan Sport Wrist HR, the first optical pulse sensor watch from the Finns. This is not new, as they already dropped that they were working on its development in the original Spartan Sport a few months agoAnd in fact they confirmed that it would be delayed in the calendar through the updates they have been releasing for the current Spartan devices.

The main novelty is the incorporation of the sensor in the watch itself. What was stated in the initial presentation is confirmed and the optical sensor is not an own development, but it acquires the technology of Valencell (the same sensor that we can find in the Scosche RHYTHM+ sensor) Which is good news, because it is a sensor that is more than tested and has outstanding results.

However, judging by the image it is not the last development Valencell has announced at CES2017 (and I will tell you more about it later), as the new one only needs two LEDs to make the reading. In the image provided by Suunto you can see the usual arrangement of the LEDs of Valencell sensors. 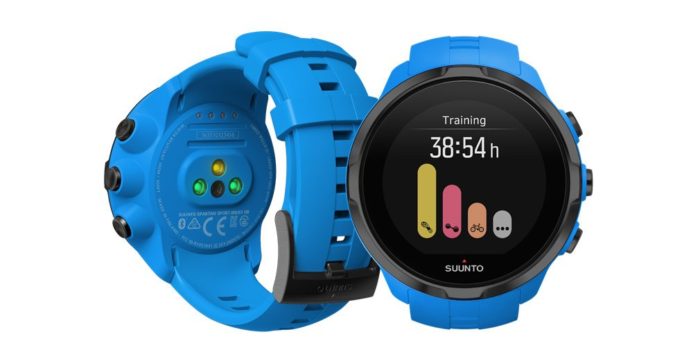 As far as the watch is concerned, it's what we already know (except for the bezel, which is now in black). With a touch screen together with control buttons, an impressive display with a resolution worthy of a smart watch; but with important shortcomings at the software level. Today the main update that has to come is the possibility to completely customize the sports profiles (right now it's only possible to configure two screens, which is already an improvement with the initial offer that didn't allow any kind of modification), but they should also improve the GPS performance as well as add more features that were already present in other Suunto ranges but haven't reached the Spartan yet.

Right now, these are the improvements that have to come:

As you can see, there are still many things that are pending, but I sincerely believe that in Suunto they have learned from their mistake and 2017 will be a good year for the Spartan watch collection. And it better be, because after the presentation of the new Garmin Fenix 5or the new American model will be another nail in the Spartan coffin.

After the bad start with the Spartan Ultra software, this time they will probably prefer to launch the watch more cautiously and not fall back into the mistake of having an unfinished watch on the market, especially given the importance of the new addition of the optical sensor.


I don't have a price tag either, but the price of the Suunto Spartan Sport HR with pulse sensor will be around the corner, but the colors it will be available in are known: black, blue and pink (or Sakura, as it is called in Suunto).

The truth is that I can give little opinion on this, because the information provided by Suunto is quite scarce. They have only confirmed what we already knew: that they were going to launch a watch with an optical pulse sensor and that the supplier of this sensor would be Valencell, nothing else.

There are several questions that I have transmitted to Suunto before publishing the article, but at the moment I don't have any more details.

For example, if the optical sensor will only be operational during training or if it will also provide heart rate data at rest. This is one of the innovations that Valencell has brought to CES, but we still don't know if the Spartan will integrate it. Or if it incorporates the improvements for pulse variability estimation and, therefore, VO2Max data. That is, everything that surrounds the optical pulse sensor and of which we still don't have any details. Although perhaps it is because at Suunto they still don't know...

Along with the Spartan Sport with optical sensor will probably come the heart rate graphs that I pointed out earlier. It would be logical, to give more strength to the option of pulse reading on the wrist. We also do not know what will be the range or total thickness of the watch (something in which the Spartan Sport stood out).

I wouldn't want to be in the shoes of the Suunto developers right now, they have to be up to their ears in work, and the slaps come from all sides. And if they already had little, now optical pulse sensor. Although having a pulse sensor that is well known is a help they will be eternally grateful for.

Obviously, as with any optical sensor, until there is proof, there will be no verdict. We know that the sensor's past is very good, but now it remains to check that the integration performed by Suunto is satisfactory.

The natural rival of the Spartan Sport "Wrist HR" is clearly the Spartan Sport "Wrist HR". Garmin Forerunner 735XTOn paper, the Suunto provides a higher quality of construction (it's about two or three steps up) and a sensor that is a priori more mature and reliable than the Garmin Elevate, which although it has evolved this year still has aspects to improve. But the 735XT is much superior in software performance, at least to this day.

It will be a beautiful battle between Suunto and Garmin throughout 2017, and a lot of work in Suunto to update the entire Spartan platform. Attack on Garmin confirmed. All that is known so far. 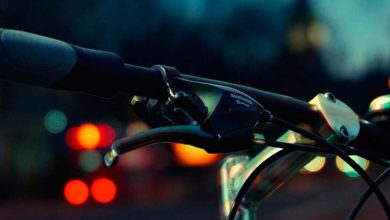 New collaborator for the cycling section