Today's is not going to be an analysis as such, but a list of details. I've been deciding for some time how to approach the test of this Suunto Ambit3 Run, and I had three options.

The Suunto Ambit3 Run is almost identical to the Ambit3 Sport, but with some of the features cut out. It takes about 40 to 50 hours to do each of the tests you see on the page, and not only does it take that many hours, but it also doesn't make sense to revisit something that I already detailed in great detail a little over a month ago. It also wouldn't be fair to those of you who have already read the test of the Sport version, as I'll force you to read another full analysis where I'll repeat the same thing.

The second option I was shuffling around for quite a while, but as I pointed out ideas to try, I saw it as less and less feasible. Making incisions in every point of discord between both models was going to end up being chaotic, and most probably you, my fans and readers, would end up with a tremendous mess in your head and not knowing if the one I'm talking about is the Sport or the Run, or even the Peak.

I finally chose the last option, so I'm going to detail the specifics of the Ambit3 Run, so that when you read the Ambit3 Sport I think it's the easiest way for both you (most importantly) and me. Remember, this test is merely an introduction to the Ambit3 Sportif you read it now, or the epilogue if you prefer to read it after the main analysis.

As I always like to clarify, this test has been made possible by Suunto, as they provided the watch for the test. And once it is completed, I'll send it back to youI want it to be absolutely clear at all times, thus guaranteeing the independence of my evidence. I write my opinion freely and I don't have to be concerned about whether anyone likes what they read to get something in return.

These tests, my work in short, is supported by your help. If you buy something through the links provided will generate a small commission, which are those who pay the page, purchases of devices and work done. And best of all, at no cost to you.

The first difference you will appreciate is what you see at first glance. The design is different between the Run and the Sport, just as it was when the Sport was compared to the Peak. But of course, in the end it depends more on the particular taste of each user. It's not that the Ambit3 Run has a bad feel, but it does feel coarser than the Sport version, especially because of the bezel material, which is made of polyamide (a type of plastic) in the Ambit3 Run and steel in the Sport. Also, although both models have a mineral glass, the Ambit3 Run is completely flat, and the Sport is concave, giving a higher quality feel.


The straps are the same in both models, made of silicone. The feel in both cases is very good.

This is where we find the main differences. The Suunto Ambit3 Run, as its name suggests, is a watch designed for runners, yet it supports a multitude of sports, such as kayaking, cycling, etc. But you won't find three things on the Ambit3 Run: In short, everything is quite reasonable given the use of this model, and from the point of view that you are exclusively a runner and will not practice any other sport (at least intensively, to splash around in the pool you don't need metrics), there is nothing you can miss. Only those who participate in a duathlon can find themselves somewhat lame with the Ambit3 Run compared to what the Sport version can offer.

In addition to the above, there are differences in the clock menu. Some are logical (such as not being able to attach bicycle sensors).

The Run model obviously does not allow for the pairing of bike and power sensors.

But there are stranger things that I can't explain, for example in the activity menu of Ambit3 Sport you can find the option to enter directly into navigation.

But in the Ambit3 Run, the navigation option does not appear in that menu. To start the navigation we have to be inside an activity and enter the advanced options by pressing the "Next" button.

There is no reason for this absence on the menu, as both watches share the same type of navigation, and you will be navigating the same way with the Sport and the Run.

In the Ambit3 Run we have no chance to activate that screen. But again, the compass is available, only that you have to access it by activating it within the advanced options menu.

The Suunto Ambit3 Run has one major shortcoming (as does the Ambit3 Sport): The lack of vibrating warnings. It will only warn you by on-screen messages and sounds, which do not stand out precisely because of their high volume.

He faces stiff competition. Well below his price is the Polar M400The newest version of the Android application, with a more complete activity monitor, better quality screen, finished Android application and more developed workouts. You also have the Garmin 220The newest version of the device, which, although it does not have an activity monitor, offers much more advanced training and a vibration warning.

But not only does he have to fight with the rest of his competition, he also has the biggest enemy in his own house. For a little more than the cost of the Ambit3 Run we can find the Suunto Ambit3 SportAlso the Polar V800Both watches have multisport features and higher quality construction, and the price difference is small.

In the end, what should make you decide on this model is the complete navigation, which you won't find in those Garmin or Polar. If you're a trail runner, the Ambit3 Run offers you absolutely everything you need. But if you're an asphalt runner and don't need the navigation, any of your rivals offers the same for less, and with the difference in price you can pay yourself a tribute after winning your next race.

Here are the prices of the Suunto Ambit3 Run, not only in Amazon Spain, but also in other European Amazon's. It may happen that in some of them you have a much better price than the one offered in Spain and it is much more interesting to buy it. The guarantee is the same wherever you buy it.

The initial price difference with respect to the Ambit3 Sport is 100 ?, according to the manufacturer's price list. With that difference, if you are not going to swim, it is worth buying the Run. But it is very common that, thanks to occasional offers, the price differences narrow. If there is a difference of around 50 or 60 ?, even if you do not make use of the extra features of the Sport version, simply because of the quality of materials between both models it is worth buying the higher range. 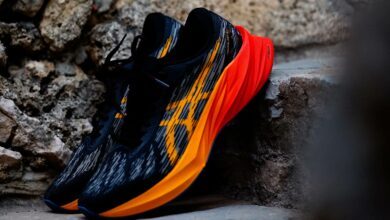