That Suunto's new watch was going to be Suunto 7 is something we all knew. It was clear that in a range composed of 3, 5 and 9; 7 was what was missing. But what few expected was that the new watch Suunto presented today would be a smart watch.

Yes, you are reading right, Suunto has entered the market of smart watches. And it does not shy, but comes with the latest Qualcomm, the Snapdragon Wear 3100 processor. This processor is currently the most advanced there is for this type of watch. It is true that there are already rumors of the 3300, but they are simply leaks and speculation.

This Qualcomm processor brings to life a clock that uses Wear OS, Google's operating system. Suunto walks the same steps that Polar took a few years ago with M600But it does so now with a more mature platform and a much more successful aesthetic. 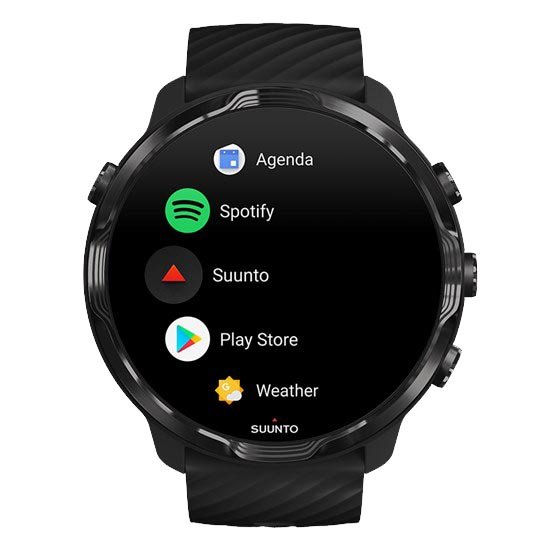 We can say that the Suunto 7 is "another smartwatch with Wear OS", but as happened with the Polar M600 the secret is in the "special sauce" that the manufacturer itself is able to add. That is, beyond the fact that all watches with this operating system can be very similar, the difference lies in the sports application. That is its differentiating point.

But let's look at all its features.

Beyond the superficial details, we find what is interesting in all its details. This is not a smart watch with a sporting touch. What we have is a sports watch that offers us the benefits (and disadvantages) of a smart watch for everyday use.

As you can see there are many positive aspects covered by Suunto 7. The most important one, beyond the Wear OS platform and the amount of possibilities it opens (which are many) is undoubtedly the maps. 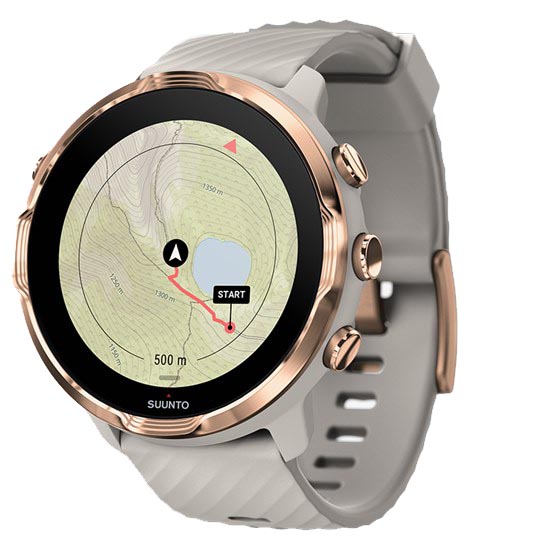 
Suunto had fallen behind Garmin, and the vast majority of its users are in the mountains, where map navigation is most useful.

These maps will be downloaded automatically via WiFi connection, provided you have your watch charged. So if you are going on a trip you do not need to prepare the maps in advance, the watch itself will download them when it confirms that you are in a different location.

They also include Suunto Heatmaps, which show which popular routes other Suunto users have registered for that location.

It is certainly the first thing Suunto needed to be able to fight one-on-one with Garmin. Of course, this is a different offer from the American brand because the range of autonomy is very different, but the type of processor and display used is also very different, which guarantees that Suunto's proposition will be much faster and more intuitive.

Do not think that this presentation is a toast to the sun to enter the framework of the CES 2020 (which this year is going to be quite decaffeinated), not at all, because you can already book Suunto 7 through its official website, with delivery available (and availability in other stores) the first days of February.

So it will be available, effectively, from "now".

As for its official price, it is 479 euros in any of its finishes and colours.

Suunto have started to run away and enter a totally unknown territory, but I really want to get my hands on it and try it out, because it's an important turning point for Suunto.

It's true that Suunto had perhaps remained somewhat stagnant, offering watches that although quite different, to the untrained eye might seem practically the same, because from a Suunto Spartan Ultra to a Suunto 9 it might seem that there is very little difference, when the truth is that internally they are totally different.

And perhaps this was the reason for the continued delay in replacing Movescount with the new Suunto app platform, but the truth is that overnight we found ourselves with a completely different scenario for the Finnish manufacturer.

Now they have a watch with an app store that offers a lot of possibilities (not only apps, but also watch faces), support for wireless payments and music, downloading maps for route tracking, etc. That is to say, this is a competitor that intends to fight not only with Polar or Garmin watches, but also wants to dare to stand up to the Apple Watch. It is true that in several aspects it can't measure up -mainly in health functions and iOS integration-, but it will cover much better the sport possibilities, something that Apple doesn't intend to bet on and that is my biggest criticism (this week I will publish the complete test of the Apple Watch Series 5).

As I say, Suunto has a very capable single-movement model, which offers the advantages not only of the other watches in its range but also all the advantages of smart watches. But of course, that also means a toll that we will find in its autonomy.

With a maximum of 12 hours of GPS use and up to 48 hours in smart clock mode, it's a far cry from what we're used to in Suunto watches, so it's not a model that will serve everyone, but it's not a bad number, it's very similar to what we have available in other smart watches like the already mentioned Apple Watch.

On paper, Suunto's proposal is extremely interesting. Polar's proposal with the M600 was already interesting (to which an unattractive aesthetic was not good for it), but Wear OS has changed a lot since then. Now it remains to be seen how Suunto's development of its part of the firmware has been and how they will integrate the new Suunto 7 into the rest of the Suunto App ecosystem. Because it's one thing to synchronize data with the phone, and quite another to configure it from the platform.

But don't worry, as soon as I get my hands on one of the new Suunto 7's I'll tell you all about it. 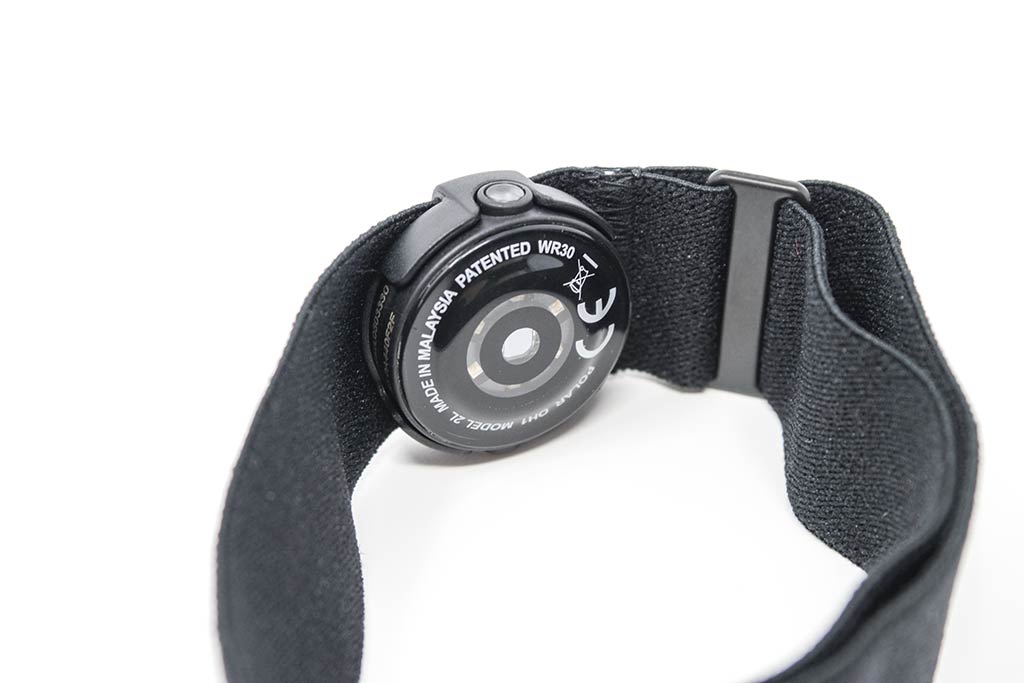