Local Legends is Strava's new feature that seeks to increase competition among the platform's users. But this time in a different way; you don't have to be the fastest in a given segment, you can lead the table by being the one who puts in the most effort, even if you are the slowest.

It is this kind of thing that I was referring to in the Strava's latest article in reference to the cuts for free users. New features that may make you want to pay for the premium subscription, instead of limiting the possibilities that were available to you a lot of years ago.

But what is this Strava Local Legends? It is a different competition to the KOM/QOM that exists until now. It is clear that to get the fastest time in most segments (KOM) it is not enough to have attitude, you also need aptitude.

I will give you these two examples of nearby rises.

In both cases it is professional cyclists who lead the ranking. Do you think that no matter how hard I try, podré will ever achieve the KOM of the segment? No, neither do I.

However, perfectly 1TP10Could be the one with the title of Local Legend for this segment. I will now explain what it consists of.

Listen to the Episode 7 from podcast Between Thresholdsin which we discuss what's new in Strava Local Legends.

What is Strava Local Legends

This new Strava feature rewards the person who rides a given segment the most times within 90 days. You can do it half as fast as someone else, but if you have done the segment 24 times and the fastest only 23, the legend and therefore the leader of that ranking will be you. So in this case persistence is rewarded and not speed.

But wait, before you head out the door in search of your favorite segment to do over and over again relentlessly, you should know when it will be available. Strava is rolling out the update in phases and not all countries (or even areas) have the feature currently.

As of today, only a few states in the United States have this type of segments enabled. Specifically, they are California, Colorado, Florida, Illinois, New Jersey, New York, and Texas.


When is it Spain's turn? During the month of July it will be available for our country, together with France, United Kingdom, Germany, Brazil, Japan and the rest of the United States.

And the rest of the world? Well... in the near future, but there is no date set.

At the moment this classification will be available only through the mobile applications (on Android or iOS), while in the desktop web version we are not going to see it yet.

Want to see how it is displayed in the application? Don't worry, that's what I'm here for.

To find such segments, there is now a new search option: "View only Local Legends segments".

As these segments are not yet enabled here, this is what Strava answers us when we ask for this type of segments.

So let's go to some of those states where it is already available. For example California.

Clicking on any of them we have the basic data of the segment, but that is the usual. In this particular case, it is a flat segment of 2.1km distance. By clicking on the "i" 1TP10 we can see all the details.

As with the KOM/QOM, for Local Legends there are also separate classifications for men and women.

In the case of this segment, it is a man who holds the title of Local Legend, having passed through this segment 62 times in some of his usual routes. The graph below would also let us see where we stand with respect to the leader, in case we want to "attack" him.

In the specific classification of women we see that the leader of the ranking has passed 48 times, considerably more times than the rest of the "competitors".

Oh, and just to be clear, a woman could very well be leading in the general classification. She would simply have to do the segment 63 times and she would already be in the lead.

In principle not all segments will have this classification, only the most popular ones. Strava has not provided more details, but probably there is a criterion about the minimum number of athletes or times that have been completed for that segment to become worthy of granting a title of local legend. So it won't be enough to create a segment in your backyard and ride it three times, you have to do it on a segment that is popular in your area.

Those data are the ones that will see those who have a paid subscription, those who stay in the free version will happen as with the times of the segments and only podhey will see limited information. Here's a screenshot with the basic data from the one provided by Strava for press... it's faster than entering the data from my free account into the app.

With this move Strava tries to bring the interest in the segments also to the general public, and not only to the fastest. It is another different way to "gamify" the app and our cycling or running outings.

We may think that holding this classification does not have as much merit as being the one who has the KOM, but everything is relative... Can you imagine being the Local Legend of a mythical pass like the Angliru? You may not be the fastest, but what can I say... if in 90 days you have climbed the Angliru 78 times, no matter how slowly you have done it, you will have my respect, and also the respect of whoever has the KOM.

That yes, Strava has now passed the ball to the roof of the manufacturers. So far we have the live segments to see our time against the KOM or other users, but now what we are missing is for it to tell us whether we are 3, 6 or 10 repeats away from poder getting the Strava Local Legend title for that segment, or how many repeats we have to do to get ahead of any of our friends on Strava.

All in all, it's not one of those features that makes you say "Wow, this is what I'm paying for," but it's another little something. It's what I was asking Strava for poder to ask its customers for money: new features, things we hadn't seen before, another way to encourage the community to share their workouts on the app (and with their friends).

Remember, in a matter of a month podrás start seeing these rankings for the nearest segments, although if you want to go attacking any of them... when the function is active it will look back 90 days and you may already have a good way to go. So get on it right away. 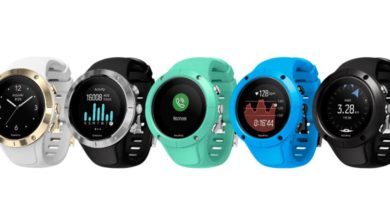 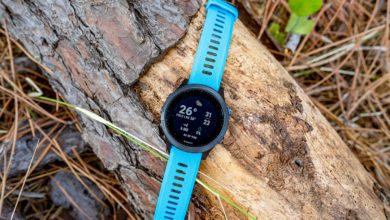