The complete analysis is already finished. So if you're interested in knowing all the details of the Garmin 935I recommend you to read the complete review by clicking here.

The first units of the Garmin 935 Tri pack are now arriving, so it's time to clear up many of the doubts presented by the new Quick Release specific to the new Garmin model. The information so far has been quite scarce, and we only had this image. Well, it's time to see some real pictures and find out what's what.

The Garmin Forerunner 935/945 Tri-Pack is very complete. In addition to the Quick-Removal Kit, the following pulse sensors are included HRM-Swim and HRM-Tri But today we are focused on the kit, not on the clock or the sensors.

So from all that it brings I have selected all this for today's article. The two modules (which is the main part of the system), an additional strap, the bike stand with its corresponding rubbers, a set of extra pins for the strap and the installation tools. 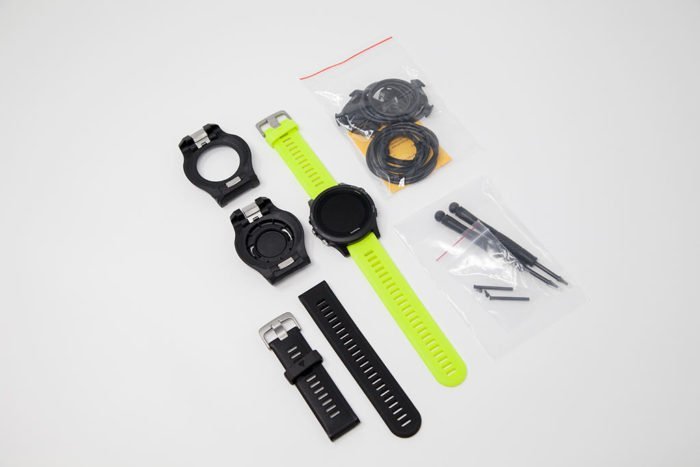 These are the two modules where we must place the clock. The left one is the one we will wear during the first and third segment of a triathlon (swimming and running), while the right one will be mounted on the bike. If you turn the bike over, you will see that the bike mount uses the Garmin quarter-turn system, so you can use any mount you have installed on your bike, or the one included with the watch (or kit, if you buy it separately). 
Placing the watch on the bicycle is somewhat different from what was done in the past with other Garmin models. Now we don't wear a quarter-turn holder on our wrist (because it would block the optical pulse sensor), but the watch is attached in a different way.

That's why the Tri pack includes other elements, such as pins and an extra strap. The additional black strap is not intended to change the aesthetics of the watch (which is also, but not its main purpose), but to be able to leave it installed in the Quick Release. The procedure you must follow to use it is as follows: And with everything already in place, mounting the watch on the stand is quick and easy. At the top of the stand is a metal clip, which holds the watch in place. To attach it, simply slide the watch and press on top until you hear a click. Garmin abandons the type of attachment used on the 310XT, 910XT or 920XT, with a quarter turn on the wrist; returning to a design similar to the kit used with the 305 but with an improved and updated design (and better materials).

When you reach the transition area, you will simply have to press on the metal clamp and the watch will come out of the housing. When you reach the bike, you will have to repeat the operation on the other support, which will already be mounted in place.

So now it's easier than before, because you don't have to make the quarter turn with the watch to attach or remove it. That's how the watch looks mounted on the stand. And here you can check how it would look once it was fixed on the bike. 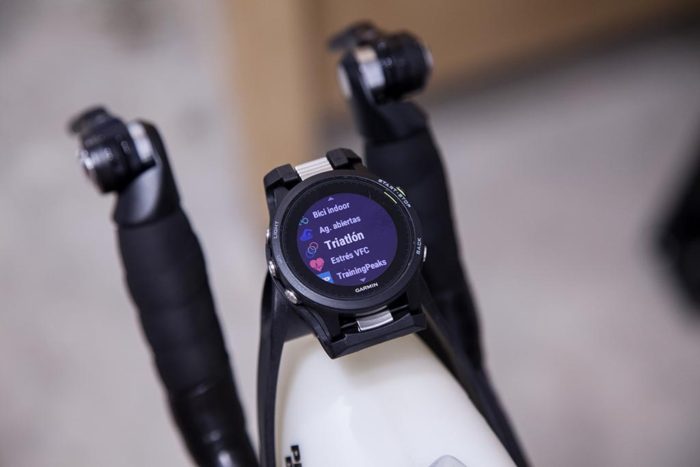 What, you want to see what it looks like on the wrist? All you have to do is ask. Aesthetically it's not the most elegant solution, but given how easy it is to remove the strap and replace the pins it's something you can do perfectly on block training days or before a race. Once you have the strap in the holder, it's an operation that takes no more than 30 seconds.

The other big question is... does the Quick Release block the optical pulse sensor? Here's your answer. It does not block it, because as you have seen before the center is hollow, so the sensor is still in contact with the skin. The support is not excessively thick, so it does not separate it from the wrist and allows the correct recording of the pulses.

As for the fixing level, both the lower part of the support and the upper part (the clamp) are made of steel. The clamp's anchorage is quite strong, since the pin is trapped between this metal part and the support itself.

Therefore, there is no need to worry about losing your watch while swimming, not only when you stroke normally, but especially when you are swimming with other triathletes, something that could happen with the old Garmin Forerunner 305, but in this case it is completely solved since to remove the watch you have to press the steel hook that is also protected by the plastic of the support to prevent it from coming off in a stroke.

One drawback of the design is that the loading port is blocked, so you have to take the watch out of the Quick Release in order to load it. 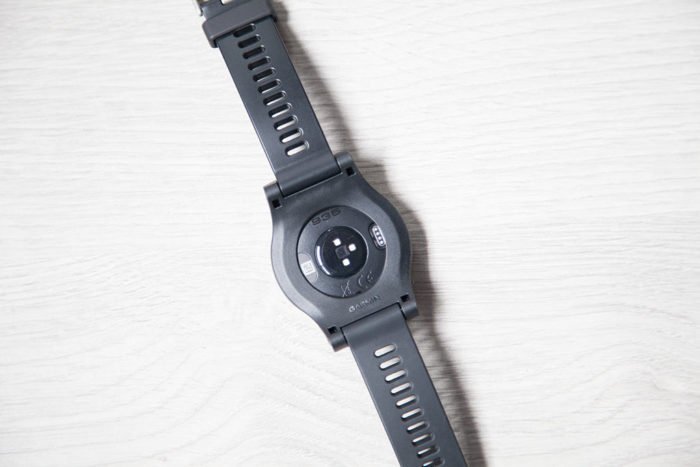 And by the way, if you're wondering... no, the Quick Release is not compatible with the Fenix 5 because the design of the watch case is different.

So there you have it, all the doubts you might have have have been solved. So if you are a triathlete, the Quick Release is an interesting option to wear the watch on the handlebars of the bike and scratch a few seconds in the transition. 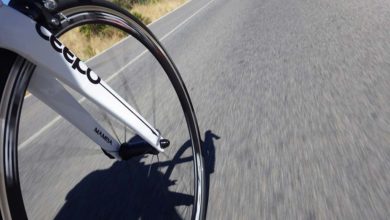 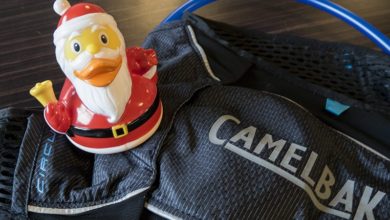