There's a rather curious Black Friday coming up at the end...

Watch out for the offers that were just published a while ago, because they will last MINUTES since the units are VERY limited. You can get the Fenix 6 Pro and Fenix 6S Pro with a 20% discount. How does that stay? Well, only 559.

These are the cheapest options you have right now to get one of them.

You can find them cheaper on eBay or on pages in China, but I strongly advise against it for several reasons: They have no guarantee (in case of failure, you will have to send it to China), if you order a watch with maps they will not be the ones in Europe, the EMEA market watches are updated later and, as if all this were not enough, you will probably have to pay customs fees when you get them (VAT+tariff+management fees). As you can see... bad business.

Don't miss out on the rest of the offers, both GPS watches and sports electronics as of running shoes and textiles.

The difference between the two is the size of the watch, which leads to a small decrease in autonomy in the case of the Fenix 6S Pro. It's not something to worry about because if there's one thing these watches are surplus to, it's precisely that. The rest of the features are the same, except that in the case of the Fenix 6 Pro the screen is slightly larger (unlike the Fenix 5 Plus, which both shared screens).

The larger screen allows you to set up up to 6 data points per screen, plus you can see the maps a little more clearly, because these are the Pro models, which include complete maps for navigation, music playback, WiFi...

If you are a frequent user of route navigation, having maps on your watch is a world of its own, not because you can create routes directly from your watch without the need for external applications (which you also need), but mainly because of all the possibilities that are available mid-route. Coming to an intersection and seeing clearly where you need to go, or looking at where each road leads, or having to finish the route earlier and ask the clock to take you back to your origin by the shortest route, which may not be the same road you used to get there or the road you still have to travel on your navigation route.

The Phoenix have always had the same problem: a high price. But thanks to these offers that can be found for a limited time on Black Friday, that toll becomes a little more savable. Obviously it's still not a cheap watch, but what is certain is that for that amount of money there is nothing on the market that resembles it, especially if you are a regular user of the mountain.

Anyway, don't forget to take a look at the full test, where you can see what the watch is capable of. But I would do it after I bought it because, as I say, there are very few units and at this price they will fly. 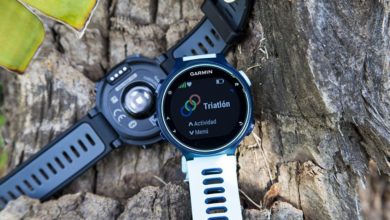