The Nike React Infinity Run were the sneakers that shaped what is now known as the Project: Run Fearless. This project within the manufacturer itself has been looking for years to make shoes that reduce the risk of injury. After these Infinity Runs, other models have arrived, such as the Nike Invincible Runand now it is the turn of this second version.

I bought the original model in 2020 to be used as a quiet running shoe, and I declared myself an absolute fan from the very first time I left. As a daily training shoe it offered everything that the Pegasus 37 lacked: a more comfortable midsole with better transition.

This second version of the Nike Infinity Run is very similar to the original model, we simply have a change in the upper. Reading opinions about this first model some users complained about not being able to wear the foot sufficiently secured, probably because the design of the eyelets did not allow the laces to be worn up to the collar.

Personally it's not something that bothered me, although for the type of route I frequent I don't face too many sharp turns where I can perceive that lack of lateral support.

The new Nike React Infinity Run Flyknit 2 (the names are getting longer and longer) receive a new upper focused precisely on giving the shoe more support, with more eyelets for the laces and a very soft collar, something that was not present in the original model.

Nike has provided me with a pair of shoes of the new model, so I have podido compare them perfectly with the previous model (even combining both in the same training). They have been accompanying me in my workouts for a few weeks now. Practically in all of them, they have only been missing on the days of more intense series in which I have opted for the Nike Tempo NEXT%The new, more reactive and better adapted to higher rhythms. If you prefer to see the video review, you can find it in the header, clicking on this link or below. It is not a substitute but the video provides information that is not available in the written analysis and vice versa.


Recommended use for the Nike Infinity Run Flyknit 2

Like the rest of the "Project Fearless"The Nike Infinity Run Flyknit 2 is a running shoe designed for daily training. Perfect for those light recovery rides, or for long weekend runs even at fast paces.

It is not a shoe intended for fast days. It's a reliable shoe, but it's not passionate. It doesn't ask you to push the pace and you don't feel like it's pushing you. It's simply a shoe that accompanies you on your runs without getting in the way of your training.

You can go light with them without any problem, I've run at 4:10 or 4:20 without any complaints, but going below that is asking too much from these shoes that are eminently rolling.

I do not mean that both can be present in your closet, in fact I think they do not combine well because the use to be given to both is the same. But they can perfectly cohabit in the Nike catalog.

The choice between the two models will be determined by the type of feel you prefer when running. And not only for that, but also for your choice of running shoes for fast days or competition. If you are going to use a Vaporfly or Alphafly you will probably feel more comfortable with the Invincible Run, as they have a similar feel. If you prefer to race in a more minimalist shoe and feel more ground contact, the React foam of the Infinity Run will be more suited to what you are looking for.

The upper in the Nike Infinity Run FK2

As I said before, the upper of the Nike Infinity Run Flyknit 2 is the only change from the original model. It has been almost completely redesigned to offer a more secure and firmer fit.

Flywire once again makes an appearance and is used to offer greater support in the midfoot area. These are those threads that can be seen in each of the eyelets of the laces. By adjusting the lacing you are also adjusting the fit in that area, making the foot support firmer. That support, in the original model, relied exclusively on the sock effect of a tighter Flyknit.

Continuing with the fit, we now have lace holes all the way to the top of the shoe, allowing us to make a full closure on the collar part. In addition, that collar is now very soft, so it is not necessary to tighten the laces excessively to keep the foot from moving in the shoe.

Now we have a tongue of sorts. It's not a separate tongue but is attached to the rest of the Flyknit, only the upper is separate (and it's padded). But that different shape is what allows the Flywire to fit the midfoot area well. Don't get me wrong. The upper of the first version was not bad, but it is true that in some situations pod could be insufficient. And that depended on the type of use. Running on the flat with hardly any turns and with good terrain there was no problem (and that has been my use), but if we demanded in the turns, or ran on uneven roads was when we found that the foot moved inside the shoe because it was not well supported. The changes Nike has made have solved this.

What remains unchanged is the TPU piece that runs through the shoe from the midfoot to the back of the heel. This piece is used to give stability and support to the shoe and is crucial in its design, but it is also the source of problems for some users. This piece starts in the arch area of the foot, and depending on your physiognomy (basically, if you have flat feet) it can cause it to dig into you at that point. If you already used the first version and it didn't give you any discomfort, it won't in the new version. If this is the first time you are thinking about the Infinity Run as a training shoe, you will simply have to think about your foot shape before deciding to buy.

The midsole of the Nike Infinity Run Flyknit 2 is exactly the same as the previous model. It is a clearly maximalist shoe, with lots of React foam to provide cushioning and some energy return and a remarkable width to offer stability. If you've used any shoe with Nike's React foam you know how it performs. It's not a soft-feeling outsole, it's reasonably stiffer than the ZoomX midsole in the Invincible Run. It has some energy return, but at no point does it offer the propulsive feel that you feel with a PEBAX foam.

That's the main difference between the Infinity Run and the Invincible Run, and what allows us to choose the feel we're looking for within the Nike pod training shoes. It's still a softer shoe than an Epic React or Pegasus, for the simple reason that there's more material underfoot, but without reaching the ultra-soft feel of the Invincible Run.

Geometry has form "rocker"or rocker. This means that the heel and toe are noticeably higher than the midfoot area. It has a 9mm drop (24mm in the front, 33mm in the rear). It works perfectly as a daily training shoe, allowing long runs without fatiguing the feet too much. And if you need to push the pace in a timely manner will not object, because despite having a lot of cushioning does not have that "soft" touch that podemos find in other shoes of this type.

The sole on the Infinity Run Flyknit 2

There is also no change in the outsole of the Nike Infinity Run Flyknit 2. It consists of soft rubber inserts in the React foam itself. There are no cleats.

The geometry is different in the front and rear of the shoe. In the forefoot the rubber covers almost the entire midsole, leaving some grooves without material to help the shoe flex. In the middle and rear these channels are much wider, as less traction is needed. This saves weight in that area where it is not needed. The durability is quite good. My original Infinity Runs have logically had much more use than the new model, but I don't notice much difference in the wear of the sole.

As for traction, I have run on all types of surfaces (asphalt, wood, sidewalk, dirt...) and it is reasonably good. At least while the surface is dry. In the wet it doesn't stand out, but it's not stormy, probably because we're not going to demand very high paces either. I really liked the first version of the Nike Infinity Run. Obviously I like this new version even more because it has barely received any changes, and where they have come in has been to provide solutions to existing complaints from users.

Perhaps aesthetically they seem bulkier to me due to their much fluffier collar, which gives them a somewhat rougher overall appearance. But I prefer functionality over aesthetics, especially when what we are talking about is a running shoe (and not for daily use).

Probably its biggest problem is that it is going to have to live in the shadow of the Nike Invincible Run. They are two shoes that arrive at the same destination via two different paths, but the React doesn't have the fanfare or "hype"ZoomX.

I am not saying that ZoomX is superior to React, they simply have differences in their performance, and it is up to your taste to opt for one model or the other.

What is clear is that as a daily training shoe the Nike Infinity Run Flyknit 2 is a very complete proposal in every way. The range of users is very wide (for paces and weights), it is perfectly suitable for neutral runners or pronators and above all they are very comfortable (if it doesn't bother you in the arch area).

However, if you use insoles, keep in mind that the insole of the shoe itself cannot be removed, so if yours are of considerable thickness, you may not have enough room for your foot. 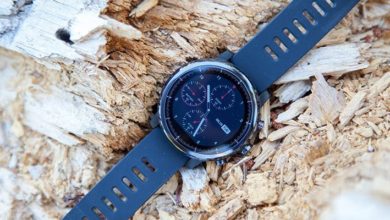