Scosche is a brand that mainly manufactures mobile phone accessories: covers, supports, etc. A few years ago they had the fantastic idea of manufacturing an external pulse sensor for, originally, use with mobile phones during different training sessions. What initially seemed to be just another accessory within their product range became a new and successful product range.

The Scosche RHYTHM+ is, if not the best optical pulse sensor, at least one of the best. With a Valencell sensor, its reliability was commendable.

Several years have passed since the product arrived on the market and it is still a reference. Although in recent months it has been overshadowed by the arrival of new products to the sector, such as the Polar OH1 or the Wahoo TICKR FitNaturally, technology and the possibilities of other sensors have also increased and it is time for Scosche to renew its device as well. But now they know that they are a reference, that their target audience is not only the one who trains with the phone in the gym, and they have acted accordingly when it comes to providing new solutions with the renewal of their optical sensor.

This is not a light renovation, the new sensor includes many new features. Let's see them quickly:

New version of the Valencell sensor

First and foremost (because that's what an optical sensor is for) it integrates the new version of Valencell. Rather than focusing the new features on the reliability of the pulse reading, the changes are more related to the power consumption of the processor.

The range is increased to 24 hours (hence the name), thanks, among other things, to the improved power management of the new sensor.

It now has an internal memory capable of recording activities when there is no device to which to transmit the data (as the Polar OH1 does). This is useful for sports in which the only thing you want is to have heart rate data - such as gym activities -, sports in which by regulation it is not allowed to wear a watch or in what we are most interested in: being able to swim with a sensor and synchronize it with the activity.

The Scosche RHYTHM 24 incorporates the ANT+ recording and transmission standard, so it will be compatible with Garmin watches that support the HRM-Swim sensor. This way you can swim with the sensor collecting data and, when you finish your training, synchronize both devices having only one file with the heart rate data.

This means that it is certified to swim without problems up to a depth of 1 meter. It is an improvement over the previous model, although I have used it swimming and have not had any problems.


Cadence transmission for running and cycling

Thanks to the integrated accelerometers, it can be used as a footpod to record running and stride distance, because in theory it can also provide cadence for the bike, like a cadence sensor on the crank. Both options will be transmitted via ANT+ and Bluetooth because, as with the initial model, the new RHYTHM 24 also emits ANT+ and Bluetooth simultaneously. 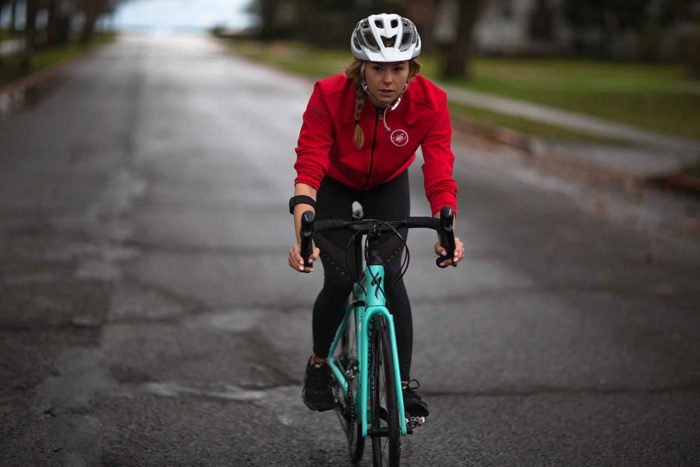 The new sensor is also capable of recording pulse variability (HRV) or R-R interval, although at the moment it will only do so at rest and not during an exercise.

More buttons, LEDs and different modes of use

Now we have two buttons to switch between the different modes or profiles. There is support for running, cycling, swimming, gym and triathlon. In each sport mode you can create different heart rate zones (because it is not the same running, cycling or swimming), changing the color of the main LED depending on which zone you are in. Also, each mode varies slightly the algorithm to improve the record depending on the sport in question. 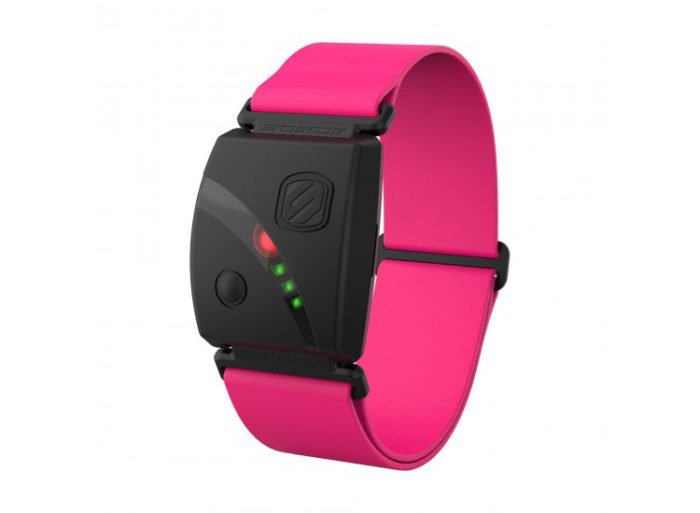 As for the triathlon mode, you can go through the different modes by pressing the right button. The 3 lower LEDs will indicate which mode we are in.

Availability and price of Scosche RHYTHM 24

Although it has been presented now, it will not be available until spring. A large part of the development is complete and what remains is to finish the software and mobile applications. It will arrive with a price of 99 ?. That means an increase of 20 ? compared to the model it replaces and also the same amount compared to the last sensors presented, such as the Polar OH1 or the Wahoo TICKR Fit.

Is it a price that can't be beaten? Well, it depends on your usage profile and requirements. Looking at it in a global way, it gives you what the Wahoo sensor doesn't offer (exercise recording) and what the Polar sensor doesn't have (long battery life, ANT+ compatibility). What is clear is that it offers more than any other, as long as the accuracy remains as good as the model it replaces. Garmin Edge Explore 2, full navigation and feature update. Everything you need to know.