Rumors surprised us in the middle of the week with a piece of news. Microsoft was preparing a new device, either a smartwatch or an activity monitor. In short, a "wearable" to enter the fitness market. Finally, it was leaked in full and only a day after that leak, Microsoft officially presented its product, Microsoft Band.

A device loaded with sensors and compatible with the three main mobile platforms: Android, iOS and, of course, Windows Phone. Along with Microsoft Band, we presented Microsoft Healththe platform around which the device will rotate. 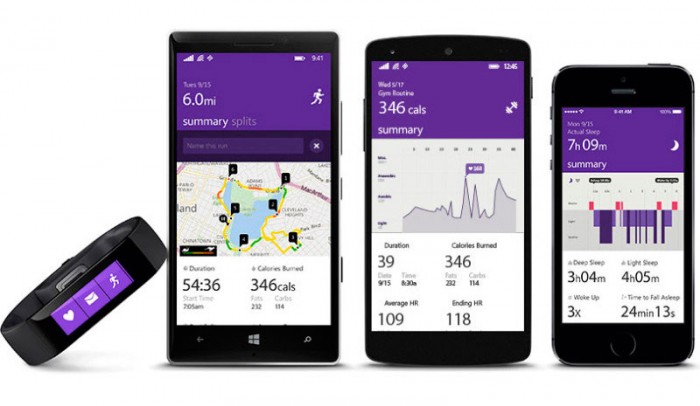 As we are already used to in this type of devices, Microsoft Band will quantify our steps and distances covered. As some of these devices already do (it is not common), it also allows monitoring the heart rate, which is key when determining caloric consumption (since there are many activities that require a high effort but cannot be quantified by steps like training in a gym). But Microsoft Band goes even further.

The Microsoft Band is similar in appearance to the Samsung Gear Fit wristband, with a full colour 1.4″ touch screen and 320×106 pixel resolution, so you'll be notified and receive information about your activity, and you'll be alerted not only to activity, but also to calls and SMS, Facebook and Twitter updates, and calendar alerts via vibration.

For the moment, the bracelet is offered in black, and the first thing that stands out when you see it is the optical sensor, which this time instead of being located just under the screen itself, is on the opposite side, at the end of the strap.

The connection is made to our phone through Bluetooth Smart, being compatible with iOS devices from iPhone 4s, Windows Phone 8.1 and Android devices that have Bluetooth 4.0 and Android 4.3 or higher.

It has a total of 200mAh of battery power, distributed in two batteries of 100mAh each. Microsoft announces an autonomy of 48 hours in normal use as an activity monitor (which does not include the use of GPS).

It has all these sensors: 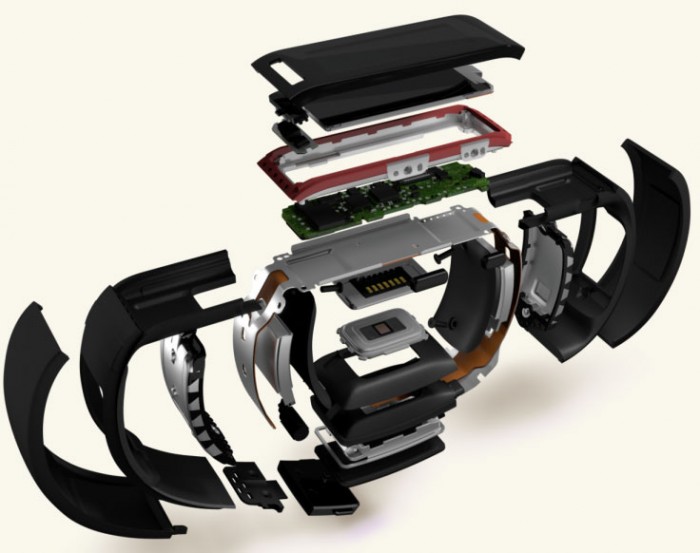 
As we could assume, the support for Windows Phone is the most complete of all operating systems, because it directly supports Cortana, Microsoft's voice assistant, so it will be possible to take notes or put reminders only with our voice.

Unlike its big rivals Google Fit and Apple HealthKit, Microsoft Health is compatible with all other platforms. Microsoft will include a cloud service, allowing you to switch platforms while maintaining your device.

The platform provides an SDK and API to allow interaction with other well-known services such as MyFitnessPal.

Microsoft Band was put on sale immediately after its presentation, but only in official Microsoft stores in the U.S. Its price: $199. But there is still no information about when it will be sold internationally. Only one thing is clear, Microsoft has exhausted all available units.