Along with the Vivoactive 4 and the Vivomove familyGarmin is also introducing another smartwatch at the IFA today, the Garmin VenuIt was filtered out earlier, but there were still some details to be known, which have logically been revealed today.

The Garmin Venu is a new model in the American manufacturer's range. To describe it quickly, it is a Garmin Vivoactive 4 "posh", or Sunday dress.

The main difference between the Vivoactive 4 and the Venu is in its screen. While the Vivoactive uses a transflective screen technology, the Venu becomes the first Garmin watch to use a full color AMOLED screen. More contrast, more vivid, faster transitions ... in short, a higher quality screen.

In addition to the display, the design of the bezel also changes. Like the Vivoactive 4, the bezel is made of stainless steel, but in this case it is somewhat different with a kind of grooved design.

The new features of the Garmin Venu are practically the same as those of the Vivoactive 4, not in vain the watch is based on those models with the change of technology used in the display.

In short, as I said at the beginning, the Garmin Venu is just a Vivoactive 4 with AMOLED screen, but with the same sports features as the new Garmin model. This screen allows videos and transitions (such as the exercise guide) to be more fluid, but there is no other advantage in the Venu over the Vivoactive 4.

This is the main novelty we see in the Garmin Venu and Vivoactive 4. It is not something totally new "per se", since the first time we saw something similar was in the Fitbit Blaze (and later models of the brand). Although the only coincidence is that it shows exercise videos, but from there the differences begin.

When doing exercises (remember: yoga, pilates, cardio or strengthening) you will be able to see on the Venu screen videos of how to do the exercises. They are exactly the same as you can see on the Vivoactive 4, only in the Venu they will be of higher quality due to the AMOLED screen, but there are no differences in the duration or content of the exercises.


But in the case of Garmin, what is interesting is the training possibilities and Garmin Connect. The training schedule is also extended to these sports, and now we can design the workouts including the different exercises, just as we can do an interval session indicating the segments.

Let's assume a Pilates training session. You can enter the application and design a session with the positions you want in the order you choose. After synchronizing it to the clock, it will guide you through the different steps, along with videos of each of the exercises.

Unlike the Vivoactive 4, the Garmin Venu will take a little longer to reach the market, but it will be in a few weeks, and you can be sure that before December (there would be no point in missing the Christmas sales period).

As for the price, it is somewhat higher than the Vivoactive 4, not only because of its AMOLED screen, but because it is a watch of a premium segment. 349 for the watch in gray with silver bezel, when the Vivoactive 4 starts from 279 euros in the same color.

The other colours have a surcharge of 30 euros, so if you want it in black, beige/pink gold or black/gold the price will be 379 euros.

This is just an initial presentation of the watch, with the main details and new features. The full analysis will come later, once the watch's final units are available and it has reached the market. So stay tuned because there will be a test of the Garmin Venu with all the details, as always. 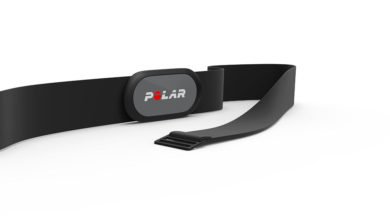