At last, Garmin is starting up its machinery of presentation of new productsstarting with the Garmin Varia Radar RTL515 (originally to be called RTL520...). This is a small update of the current model, the RTL510. In fact, the test serves exactly the same purposebecause there are hardly any differences between them. 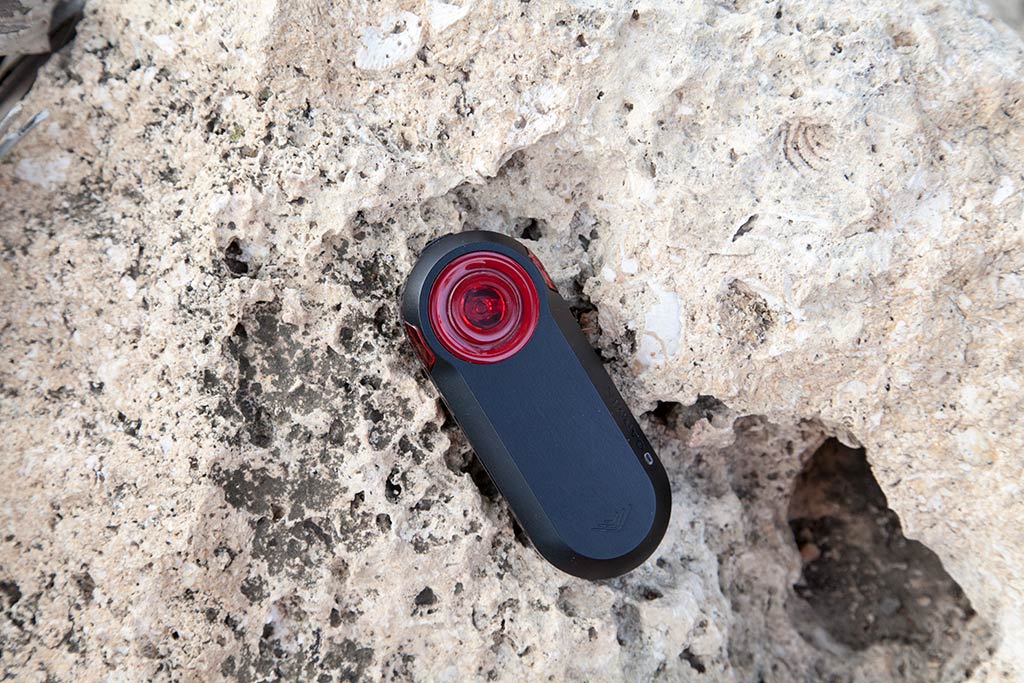 Along with the RTL515, Garmin has also presented the RVR315, which in this case is a completely new product. Although the truth is that it had already been announced before, because Cannondale presented an electric bicycle a month ago where we could already see this radar (the Cannondale Mavaro Neo 1). 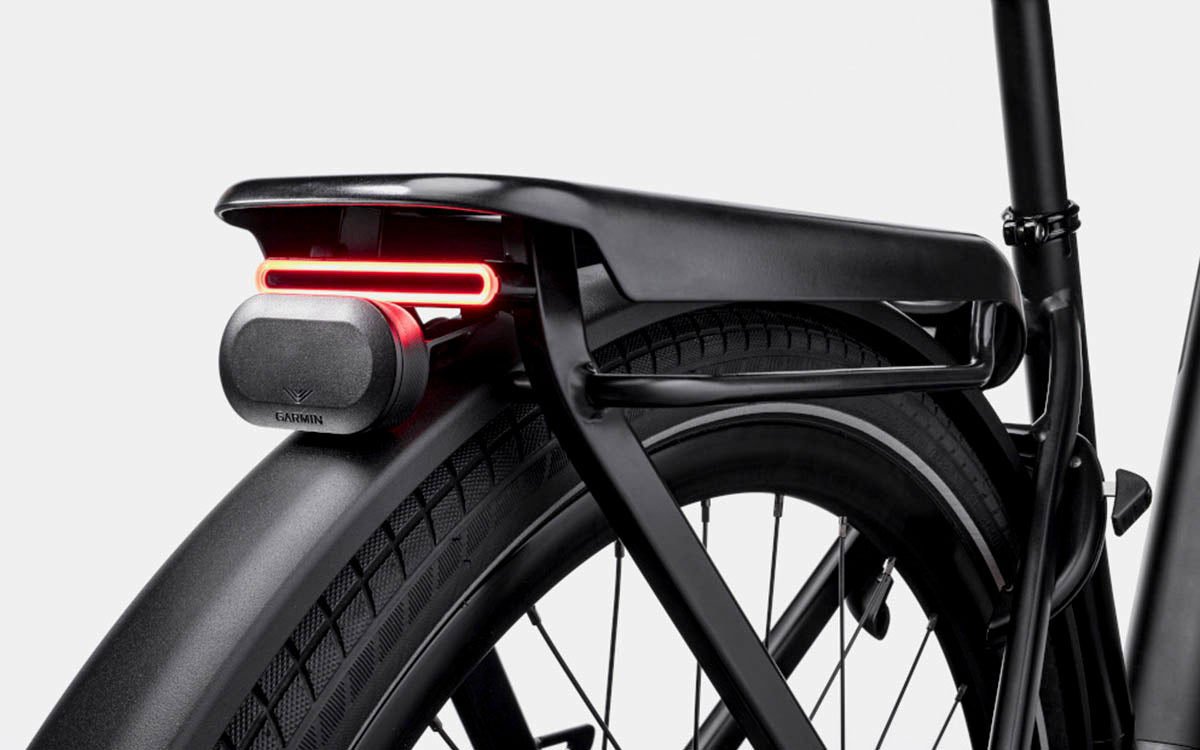 Both models have very similar features, the only thing that differentiates them is the most obvious: while the RTL515 radar has a light, the RVR315 does not. I will start with the light.

As I was saying before, the RTL515 light is basically a small renovation with respect to the one we already know and that in fact has been on offer recently. There are very few changes, which I will list below:

Perhaps the most striking new feature is the addition of Bluetooth support. The RTL510 can simply pair with Garmin Edge cycle computers, some Garmin watches, the RDU display and recently Hammerhead Karoo, the Wahoo ELEMNT and Stages L50/M50. That connection is made via ANT+.

Now, thanks to Bluetooth, 1TP10 can also be connected to the cell phone. On the one hand to the application that Garmin has launched (very simple, it simply reproduces what the RDU does).

But it is also open to poderse use with third-party applications, for which they will have to be updated beforehand. For the time being, RideWithGPS already offers compatibility. 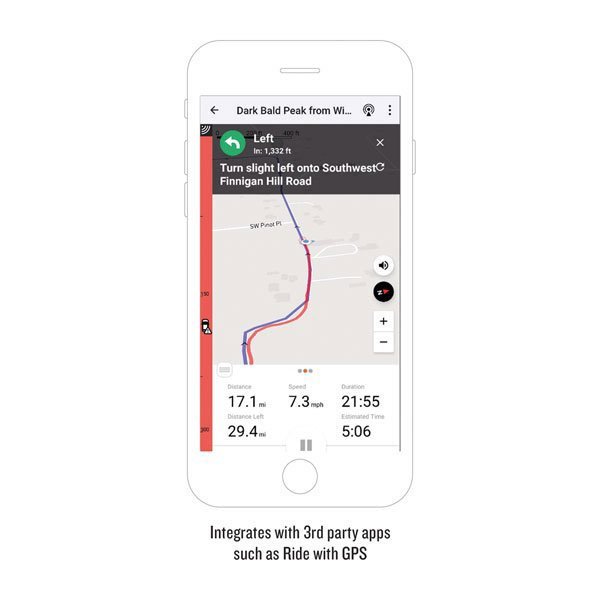 Listen to it in the podcast

The second new feature is a new operating mode called "peloton", whose purpose is to poder activate it without disturbing the visibility of those circulating in the group behind us.


It is a mode in which the light remains always on, but with less luminosity than in the fixed mode that we had until now with the previous RTL510 (and that is still present in the RTL515).

While in fixed mode the light emits 20 lumens of intensity, in peloton mode it will be only 8. This drop in brightness means that in this mode the autonomy goes from 6 to 8 hours maximum.

Therefore, this mode is added to the list of those that were already available, these being the luminosities they offer and the maximum battery life in each of them:

Honestly... no one has ever complained to me about the brightness of the light. But hey, it's just another mode, it can be useful in some cases.

The Varia Radar RVR315 is indeed a brand new device. But there is not much to say about it, because it is exactly the same as the RTL515 but without having the associated light. So it may be useful because you already have a light currently (like a Bontrager Flare RT) and are only interested in the radar part. Or if your bike integrates a light into its own design, as is happening with many urban bikes lately).

Like the RTL515, it also offers ANT+ and Bluetooth connection with the same possibilities, and the only thing to note is that the maximum autonomy is 7 hours.

It has no modes of any kind beyond being on or off, because remember that modes are for light.

Both will be available in the next few days. As for prices, they are as follows:

Certainly pod could be lower prices, but... you know what the problem is? It's a product that has no competition, and Garmin knows it. If you want a radar for your bike you can buy the Garmin one... or the Garmin one. The only thing is that for a while pod we will have access to the previous model at a slightly lower price (while stock lasts).

Very, VERY slight renovation on the radar with light. In fact, if you already have an RTL510 I would not consider trading it in for the new model. In fact, if you're thinking of buying one, it's a much better choice. buy the previous model at a discounted price than waiting for the new one.

Because unless you are going to use the Bluetooth connection together with a cell phone (it can be interesting to move around town with an urban bike ... but little else), the truth is that it does not bring much more to the equation.

The RVR315, on the other hand, can be an interesting option if you already have a light. Although the RTL510 or RTL515 can also be used with the light off, functioning exclusively as a radar. The only advantage you can get is that while the light has vertical format, the radar is horizontal, so depending on where and how you want to place it may be worth one or the other.

Is it worth it? I always say the same thing, that it is an expensive light is clear. Undoubtedly much more expensive than any light bought in Asia. The usual problem with the latter is that they are always advertised as 800 lumens, 25 months of autonomy, and then neither one nor the other is true. We can compare it with more reliable models such as the Bontrager light, but it does not have the radar function either.

The Varia Radar is the typical product that you have never considered buying, and without having tried it, it seems absurd to spend so much money on "a light". But once you have it or try it, you can't live without it. I certainly can't.

One of the gadgets I can't live without, the Garmin Varia radar. It's not just about seeing what's coming from behind on the screen, it's also about increasing visibility by changing the illumination pattern when a vehicle is approaching.

I am yet to meet someone who has had one of these lights and is displeased with it. 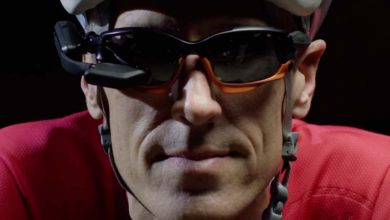 Garmin Varia Vision, a display for data without taking your eyes off the road 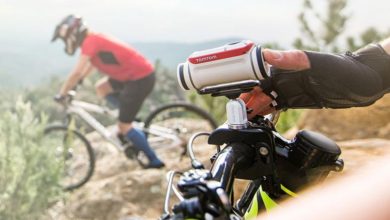