Garmin presented its earnings statement for investors It corresponds to the sales produced during the first quarter of 2016. We, the users, are not very interested in cold numbers. What a company earns or does not earn concerns only and exclusively those who deposit their money in it: investors and workers. But analyzing those results does allow us to know what we can expect from Garmin (and even from other brands) in the short term; because it allows us to have a global vision of the market beyond the sales produced in a particular market. 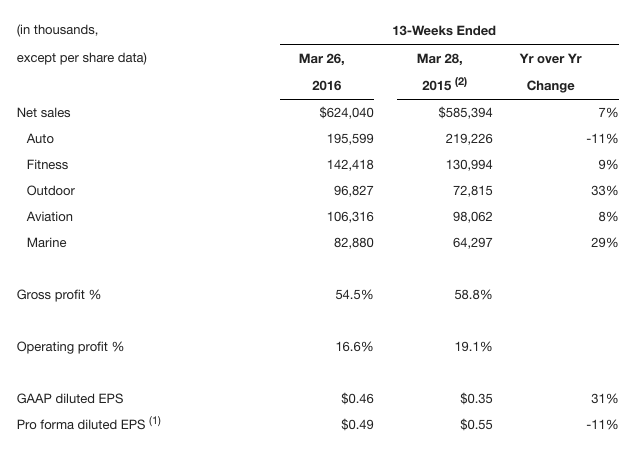 Two are the interesting sectors for us:

The outdoor section is independent from the fitness section. Different development teams, marketing teams, etc. Even in Spain they use different press agencies. So although for us a Forerunner 920xt and a Fenix 3 are very similar, for Garmin they are two devices that belong to two totally different families, although when it comes to the truth they share many things with each other.

Well, once you know what's what, we can go in and analyze that data. First we're going to start shredding the Outdoor section, with that 33% increase in sales ($24 million more than the same period in 2015). Here's what the sales report says about it:

The outdoor segment posted robust revenue growth of 33% driven by the strength of our fēnix® line of wearables as well as our dog products. Our recently introduced Approach® S20 and G10, and TruSwing™ have brought new energy to our golf product line in a challenging industry. Gross and operating margins were down from a year ago, but remained strong at 61% and 29%, respectively, and resulted in a 17% increase in operating income. Within the quarter, we completed the DeLorme acquisition and will see a full quarter of sales contribution beginning in the second quarter. With the strong start to 2016 we are poised to execute our plan of continued innovations within the outdoor markets.

The pretty girl is undoubtedly the Fenix 3 range. Introduced at the beginning of 2015, it did not reach the market until the second quarter of 2015, so initial sales are not present in the 2015 quarter breakdown. This year they have continued to expand the family with new versions of the Fenix 3, mainly with the Fenix 3 HR with integrated optical pulse sensor. 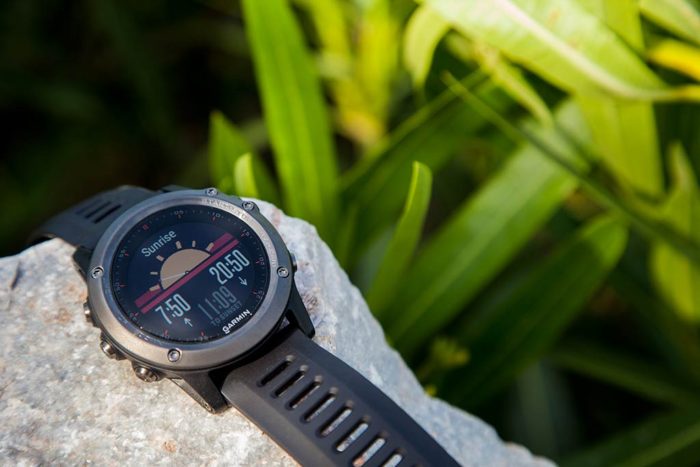 The gross margin left by sales is an impressive 61%, which is not bad at all for technology products. This gross margin is the difference between sales revenue and the cost of production and direct distribution, i.e. what is left of the sales price minus the price of material, manufacturing and logistics at the point of sale.

The operating margin, of 17%, is the one resulting after deducting from the previous amount other financial expenses, marketing expenses, salaries, guarantees and customer service, etc. All those expenses that are not directly attributed to a given product but that are equally important. Therefore, the amount before taxes.


The Outdoor section sells well, does not need excessive investment in marketing and has well-positioned products, so there are no expectations of new products in the short term. The Fenix range is selling well so there is no need to boost the section, and launching a Fenix 4 this year would be a serious mistake.

It is striking that at no time is the Epix named, which means that sales must be quite poor. And given the limited proliferation of firmware updates, I don't think it will be replaced either now or later. It seems that the user looking for cartography is opting for handheld units rather than clocks with navigation maps.

The fitness segment posted revenue growth of 9% in the quarter reflecting strong growth of our Garmin Elevate™ wrist heart rate technology products within our activity tracker and running categories, offset by lower multisport revenues. On a year-over-year basis, gross margin and operating margin declined to 51% and 12%, respectively. The gross margin decline was driven by product mix within the quarter. The operating margin decline reflects the continued investment in advertising and research and development to support our long-term goals in the segment. Our recently launched vívoactive HR and vívofit 3 are shipping and we feel we are well positioned with our 2016 product roadmap.

The Garmin Elevate optical pulse sensor devices are proving to be a tremendous success. In contrast, sales of multisport devices have declined, so the Forerunner 310xt, 910xt and 920xt are barely selling, partly because they have been on the market for quite some time (7 years on the 310xt, almost 5 years on the 910xt, while the 920xt will be 2 years old in October), but also because many of their sales are being taken by the Fenix range. Remember I told you that Outdoor and Fitness are two different sections? Well, if the Outdoor section is very happy, the pissing off of the Fitness workers has to be important.

So if the 920xt is barely selling, and optical pulse sensor devices are getting such a good reception... what can we expect in 2016? A new multisport watch with an optical pulse sensorProbably a 930xt and a 935xt (with and without an optical pulse sensor, like 230 and 235 or Fenix 3 and Fenix 3 HR). But in addition to the optical sensor, it should incorporate more novelties, beyond a more or less differentiated aesthetic or a change in the materials used, like the Fenix 3.

Some of the developments we can expect could be these:

And of course, the HRM-Tri sensor will be the one included in the pack with pulse sensor.

The only thing that may be left in the air is the possibility to use the optical swimming sensor (especially if the HRM-Tri is included) or the new algorithms, but I would bet money because the rest of the features will be included.

But before the 930xt, a replacement for the Garmin Swim will arrive first, using the hardware on Garmin Forerunner 230. The Garmin Swim has long been in need of renovation, something to bring it into the present. Smartwatch functions (notifications, Bluetooth synchronization, activity monitor, Connect IQ, etc.), advanced swimming training, of course support for HRM-Tri and HRM-Swim pulse sensors and at an "affordable" price, around 150€. 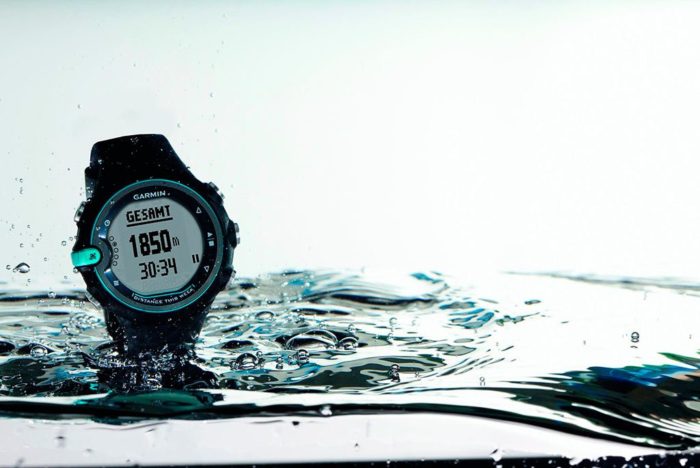 It's a logical move. Garmin has sensors that can send heart rate data after a swimming session (HRM-Tri and HRM-Swim), but they are not compatible with your swim watch, only with high-end models and the new Garmin Vivoactive HR, but that is quite limited in its use in the pool.

And using Forerunner 230's current hardware, eliminating GPS, they have everything they need with little investment beyond the specific software required for a watch that will be used exclusively in the pool. As much as it's a low-selling model, it's obvious that Garmin can only win with a Garmin Swim 2.

There is no mention of cycling, so I don't think there will be an Edge 820, at least for the time being. The Edge 1000 has received all the updates present in the Edge 520, so there would be no point in launching a new unit. Right now there are Edge 20/25 in the low range, Edge 520 in the mid range and Edge 1000 in the high range, I don't see room for an Edge 820 right now, but I only have to say this so that tomorrow they will present that Edge 820 and three more units.

What about the other brands?

Of the other brands we have no report of results, so all I can do is make assumptions.

I expect something from Polar, and in fact I thought there would be a presentation from them at the last CES. This year they have launched a new version of the V800 (special Javier Gómez Noya), but it's simply a special edition with specific color and more accessories in the sales package. And they still need updates, such as the ability to upload navigation routes to Polar Flow or the recently announced GoPro camera support.

We do not have current sales figures for the Polar M400 either, but with the turn the market is taking with respect to optical sensors and that the Finns already presented theirs last year (with the Polar A360), would be the most natural movement: a Polar M500 with an optical pulse sensor and perhaps the same colour display as the A360.

As for Suunto, it's clear that they have something on their hands. A few weeks ago they announced that they were opening a private beta of Movescount.

We are renewing Movescount and are looking for active sports enthusiasts to participate in testing the new service https://t.co/v7rBam1uJ4

This new version of Movescount will surely become official along with a new Ambit4. It is true that Suunto has introduced new models, including the Ambit3 Vertical This year; but it seems to be a bridge product between both generations, trying to make some noise in the market and that buyers don't forget about them. Besides trying new solutions for the design of the new model, like changing the location of the antenna for something integrated in the clock face.

And finally TomTom is still in the process of launching its new Runner 2 and Spark, and this is what we will see the Dutch working on during 2016.

There you have my predictions for 2016, so if you are planning to buy a new device this year you know what to expect. In short, my prediction is as follows:

All of the above are mere assumptions. I do not have any official product information and, if I did, I would not be able to disclose anything under confidentiality agreements.

I leave my betting game done. It will be fun to see over time how many things I've got right (probably little) and how many I've got wrong (the vast majority?). 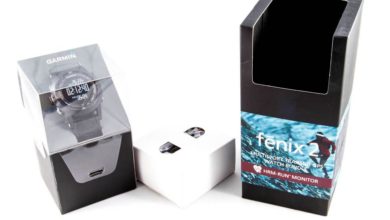 Stryd is the first power meter for running