That the Garmin Fenix 7 is already close to launch is somewhat obvious. Garmin is faithful to their release cycle, and the usual renewal period for its Fenix series has usually been every two years. The Garmin Fenix 6 series were released in August 2019, while in summer 2020 the range was slightly renewed with the inclusion of Garmin Fenix 6 Solar, adding the solar charge that was previously only available in the top of the range Fenix 6X Pro Solar.

So it's been two years without a major renovation of Garmin's most successful watch, and a year without having had a “refreshment” of the range. As the market works today (for better or worse), it is quite a long term.

Through all this time Garmin has launched different products that can give us a good idea of where they are heading. Probably all eyes are focused on the latest two high-end models, of which we are likely to be able to see things in the new Fenix 7 series: LTE connection that premiered with the Garmin Forerunner 945 LTE and brutal autonomy, as they showed with the Garmin Enduro.

But they are not the only ones to look at... Recently the Garmin Venu 2 has also been released, with a breakthrough with respect to the AMOLED display and battery life, changes in the UI that improve its use...

In short, there are many possibilities if we look at what Garmin has been working on in these two years. And knowing that the American manufacturer usually “reuses” many of the features in different ranges, the most logical thing is that what we have been seeing, will be present in the new model.

Below I will detail the possible new additions we can find in the future Garmin Fenix 7, ordered by what I consider most likely to greater doubts about it.

I have no doubt that LTE connectivity is coming to the Fenix 7. Maybe not to the whole range (keeping it for Pro models), but much of it.

It is clear that with LTE, Garmin has a differentiating element with all its rivals. None of them have the ability to offer something like that and it's another factor that they can exploit perfectly. The launch of the Garmin Forerunner 945 LTE took place very recently and it is the one that has opened and consolidated all the necessary structure of contracts with the different operators in each country, features offered thanks to this connectivity, etc. 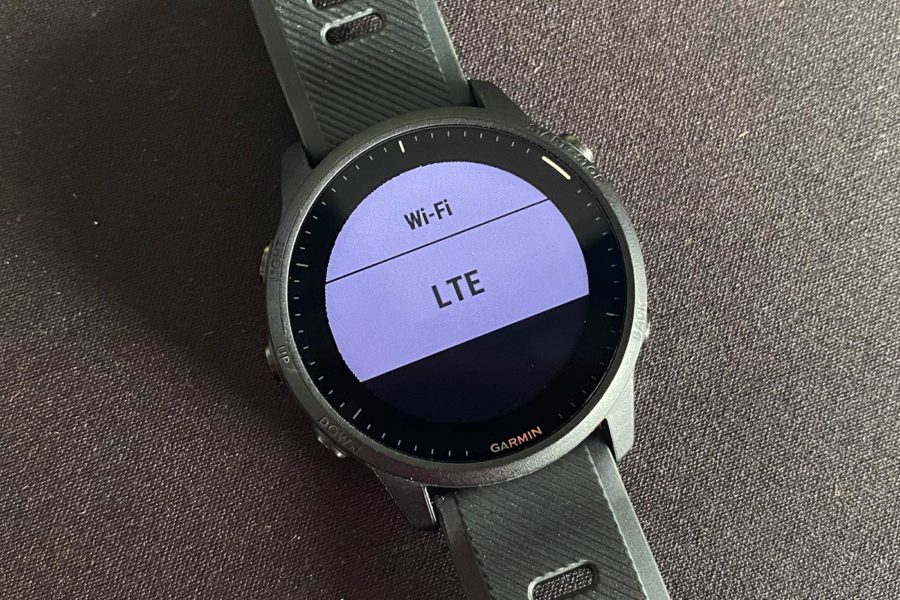 Garmin has worked hard on this feature and it is obvious that it will gradually reach all the high-end models of the manufacturer. That's the top of the range Forerunner and the Fenix watches, and in the Edge range of cyclocomputers it won't take long to see the Garmin Edge 1040 LTE.

This is a safe bet, because that is what has just been added to the beta version of the Fenix 6. It is a specific profile for orientation-type races in which the use of a GPS is not allowed to know navigation data, distance traveled, positioning, etc.

However, it does allow us to have all the data of the activity, track and absolutely all the details.

As I say, it has just been incorporated into the August 5 beta, coming soon on your nearest Garmin Fenix 7 (and of course in the official version of the Fenix 6).

Another safe bet. The Garmin Fenix 7 will come with the Garmin Elevate v4 sensor that premiered with Venu 2 and is also present on the Forerunner 945 LTE. It's a no-brainer. Solar charging throughout the Fenix 7 range

That's what the Garmin trend shows us with all the models it has been launching. What was the premiere of the highest model in the range (the X), in the next generation was adopted by the entire range. Let's go back in time...

Really the change was the last year's launch of the Solar range to the entire family, something that had not occurred before. But I think you can clearly see what the trend is and what we can expect in Fenix 7.

My bet is they will remove the name Solar and become part of the feature sheet for all models. On one hand because it is no longer “so new”. And on the other hand, to lighten the load of SKUs, because currently considering the different sizes, functions, features and colors there are a total of 28 different Garmin Fenix 6 models. Totally unacceptable for any distribution channel other than Garmin directly.

The chipset has been on the market for a year, so Garmin has had time to test it and adapt it to its new model. It's just a matter of time before it's a feature we're seeing in the new models that are being introduced in the near future. And the truth is, the Garmin Fenix 7 is the perfect base to be the first Garmin to use it.

What are the benefits of dual-frequency? Dual-frequency systems allow improved positioning in locations with hard reception such as forests, cities where the signal bounces off buildings, etc. By receiving information from more than one radio signal from each satellite, the device can differentiate between real and bounced signal.

By using it (obviously with higher battery consumption) we will have better records of satellite data. It's not just that we're going to have nicer tracks after syncing our activity, both pace and distance during the workout will be more reliable as we are not exposed to so many reception errors in more complicated reception areas.

The reduction in size is the trend we are seeing in the latest models of all brands. It can make you think that the reason is to make the watch more comfortable on the wrist. And yes, that is one of the reasons, but above that is the weight.

With lower weight, the optical HR sensor works better because there are fewer parasitic movements produced by vibrations. The technology of heart rate estimation through photoplethysmography is already highly developed, as can be seen in external pulse sensors such as the Polar Verity Sense. It is a very reliable option within external HR sensors both for it's location and weight.

The aim of manufacturers is to achieve lighter watches in which the optical sensor operation, within the difficulties of the wrist, is more accurate. And one way to achieve this is by making them smaller.

But this size reduction is not done at the cost of making the screen smaller, but by reducing the bezel of the watch. We've already seen it with the Garmin Forerunner 945 LTE (same screen as the 945 but 2.6 mm millimeters less in diameter), and also with the Fenix since the 5S Plus (same screen as the 5 Plus, but much smaller diameter).

And continuing with weight reduction, another point where you can save a few grams and improve the fit on the wrist is with the nylon strap. And Garmin already has experience in this regard, with the strap found on the Garmin Enduro. It would be no wonder if we could see such a strap in one of the versions of the new Garmin Fenix 7.

That Garmin is able to offer brutal battery life has become clear after the Garmin Enduro. What I'm not so sure is that the intention is to take those changes to other models in the range or to reserve that feature exclusively to that Enduro family that they have released this year.

Here Garmin has two options: continue with a product family focused on maximizing battery life or applying those changes to other products in other ranges, leaving the Enduro as the source.

It's something that has been rumored on many occasions and that came out again with the launch of the Garmin Venu 2 and all the work Garmin did for its user interface. More than technical needs, the reason would be because of the pressure exerted by smartwatches like Apple Watch. Many would like to have a quality display on a watch with the sporting features of a Garmin Fenix. And the changes Garmin has made with Connect IQ4 regarding AMOLED displays indicate that it will not be reduced to a single model within the range.

Look, It's not a matter of whether it will come or not, but rather when will it do it. Although I think it is still too early for the entire Fenix range to go on to offer an AMOLED display, mainly for battery life reasons.

What I don't rule out is that they can release a version with a screen that uses this technology.

There are many other things we can think about... but they already fall deeper into the elucubrations or remote possibilities. Running power, voice assistant...

There are a lot of things that Garmin could add to their new product, but obviously they are not going to add everything at once. The Fenix 7 is not going to be a revolution, it will be a simple evolution of the current model.

If it is useful to give a clue of the arrival of the Garmin Fenix 7 to the market, the Garmin Fenix 6 was launched during the UTMB Mont Blanc celebration, a race of which Garmin is a sponsor.

This year it will be held again from Monday, August 23. However, Garmin doesn't make presentations on Mondays (nor on Fridays), so my first date marked in the calendar would be August 24, 2021. And from there... any day could be good, especially if it's Tuesday.

As for its price, I'll pull back on memories again. I have no doubts that it will be more expensive than the Fenix 6 when it first came to the market, that's what has happened with all the models of the brand. Garmin justifies it by adding more and more features, and I don't think it's any different this time.

The Garmin Forerunner 945 LTE has risen 50€ compared to the original FR945, justified by the inclusion of the LTE connection (which Garmin will also take advantage of thanks to the monthly subscription). So I think that 50€ extra is a good idea of what we can expect with the new model.

So I don't think the prices of the Garmin Fenix 7 are going to be far from this:

These would be the prices for versions with LTE and probably solar charging, what we now know as the Pro version. I am not sure that Garmin launches, at least for now, a cheaper version to rival the cheaper models of other brands because for that you can still have the Fenix 6 on the market (fighting Polar Grit X, Suunto 9 Baro, COROS APEX Pro, etc.).

If you think there's anything else that might come or you have some feature that you'd like the new model to have... you know, leave your comments below!

Disclaimer: These opinions are mere speculation, there has been no leaks so far