The Garmin Epix today shares the limelight with the rest of the models in the range. Garmin Fenix 7 which has also been presented at the same time. Garmin has decided to keep the name Garmin Epix when in fact it is the second version of this model.

With today's announcement Garmin renews a model that launched back in 2015 and that differed from the rest of the manufacturer's range by having maps to navigate routes. This time the Garmin Epix stands out with respect to the Fenix 7 for being the first watch in Garmin's "performance" range to use a full-color AMOLED display.

So Garmin brings together all that has been learned with the Venu range and combines it with the Fenix range. From these parents the Garmin Epix is born.

Compared to the 47mm Fenix 7, the Garmin Epix is the same watch, but with a AMOLED screen. This is the main difference between the two models, because while the Garmin Epix is committed to a full color display, the Fenix 7 continues to offer a traditional transflective display.

The difference in the type of screen used leads to a shorter battery life for the Epix. An AMOLED screen has a noticeable impact on the battery of any device, but it is up to the user to choose between extended battery life or a higher quality screen.

Otherwise, both Garmin Epix and Garmin Fenix 7 are exactly the same in all other respects.

The display of the Epix is the same as the one you can find on the Garmin Venu 2 and Venu 2 Plus. At 1.3″ in size and with a resolution of 454×454 pixels the appearance of the watch changes quite a bit, especially when worn indoors.

As in the Venu and in the Fenix 7 is touch technology, so podrás handle the watch by sliding your finger across the screen. This is going to be especially useful when we are using maps for navigation.

By the way, it is during the use of maps where we will most poder appreciate the colors and resolution offered by an AMOLED display when compared to transflective technology. 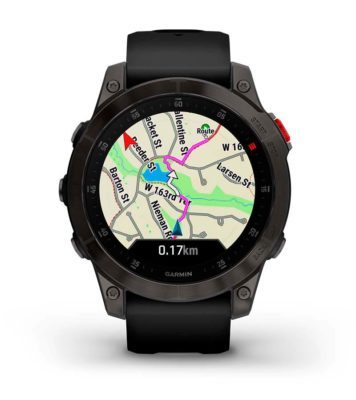 But what does the use of the AMOLED screen on the Epix entail? For starters a decrease in autonomy both in daily mode and with GPS use.


And to round out the absences, the Garmin Epix also lacks solar charging.

If you have already gone through the Garmin Fenix 7 article you can skip this section because except for the display everything else is the same. If you're coming straight to the details of the Garmin Epix then read on.

As you can see, almost the same specifications as in the case of the Fenix 7, so if you want to know the details of the main new features I recommend you to take a look at the article from presentation of the Garmin Fenix 7.

In the following table I compare the range between the Epix and the 47mm Fenix 7.

32 hours with multiple GPS use is a more than reasonable figure and totally sufficient unless you are going to do ultra-distance races or large expeditions.

Obviously the main barrier to entry to get a Garmin Epix is the price. The base model costs £899 (which is the same as a Garmin Fenix 7X Solar), rising to £999 with the titanium bezel and sapphire crystal, plus another £100 for the titanium/sapphire with leather strap.

As for availability, you can buy it today.

The arrival of a high-end watch from Garmin with an AMOLED display was pretty much a foregone conclusion. The possibility had already been hinted at for some time and is the most natural path to take. Garmin also doesn't get its fingers burned by using the Fenix 7 as a base along with the Venu 2 display.

Garmin has waited for poder to offer a watch with a more than respectable autonomy. It does not reach the figures of Fenix 7, but we are talking about numbers that very recently were the ones we had in most watches that we considered to have a good autonomy.

But without any doubt I think the biggest problem we are going to find with the price. It is true that this is a niche model, but paying an additional €200 compared to the Fenix 7 for the simple fact of having an AMOLED screen seems excessive.

There are no other features that justify the additional outlay beyond having a screen that will be more eye-catching indoors and in everyday use, but remember that for daylight sport use transflective screens remain the best choice in terms of visibility. 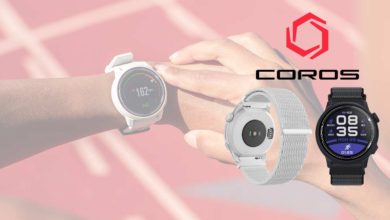 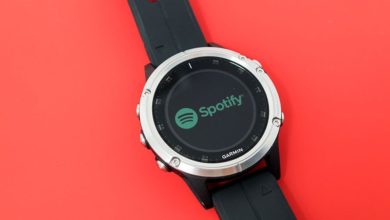