The new Garmin Enduro is probably the watch that has suffered the most leaks of recent times. Today, everything I announced a couple of weeks ago are made official, even confirm its appearance as we saw last weekend.

The Garmin Enduro becomes the most focused on the ultra-running or ultra-trail segment from the American manufacturer. It's a step further than the Fenix 6 family, that despite perfectly covering that segment, let's say that it is “degraded” to simply trail races -at least in what Garmin's catalogue corresponds.

The Enduro is based on the Garmin Fenix 6X Solar, from which it takes its aesthetics and most of its features, but there are some important changes in the sense of functions, reduction of other features and a new lighter strap.

Perhaps the most significant thing about the Garmin Enduro is that it is a watch capable of offering up to 80 hours using 1s GPS recording, something that no other manufacturer has reached. To do this, the Garmin Enduro relies on solar technology and increases by 20 hours the battery life offered by the Fenix 6X Solar. I don't know if there is anyone who the 60 hours of the Fenix 6X Solar would fall short, but if you needed 20 extra hours of battery, here's the watch you were looking for.

But as I say, in order to achieve these numbers, we have to make some concessions, which is something we can see by looking at the spec list.

Beyond battery life I'll list below the full specifications. And yes, this time are official (although it's the same we knew from weeks ago).

As you see there are some new things, but there are also certain omissions when comparing it to its sibling, the Garmin Fenix 6X Solar. These are the things that are not present in the Garmin Enduro and the main differences with it.

These features that are now omitted are simply done to achieve that extended battery life. I think that the absence of maps will be the hardest thing to digest for many users, but it is something that should undoubtedly be left out if what you are looking for is an ultra battery life (to run your ultra-races, obviously).

The fact of having maps makes that in case of carrying a loaded route the processor is always working to update all the details, and the only way to solve that is to eliminate the possibility of root.

Do you want maps and is one of the most important features for you? Well, you can always opt for the Garmin Fenix 6X Solar, I don't think the 60 hours of battery life is so bad after all.


But let's go into a little more detail on what are those new software features that Garmin releases today with the Enduro.

As I said, beyond the extended range offered by the Garmin Enduro, this model also brings other trail-focused innovations.

First we have VO2max estimation with specific adaptation for trail running. So far this estimate was not produced in trail run profiles as it was not adapted to make considerations based on the grade.

That is, in the normal running profile the watch records if you run at 4:00 min/km maintaining a heart rate of 150 beats per minute, and will estimate that your VO2max is X (it's a simplification of the algorithm, but it's more or less so). 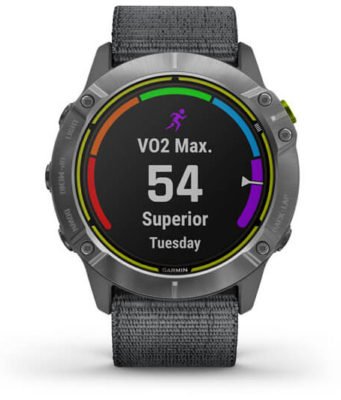 What happens in the trails? Until now in those profiles there was no VO2max estimation. Because in case of using the normal running profile, maybe you are running at 6:00 min/km at 170 beats per minute, but you are doing it climbing 12% hill.

However that detail of the earring the watch will not take into account, so you will not simply consider that you are running slowly and with a high heart rate, so you will lower the VO2max record.

This is where the new VO2max estimation makes sense, as it will now take that data into account in order to better assess what your real performance is.

The new ultra-distance race profile has a rest timer. Its sole purpose is to record the time you spend at the refreshment posts (or at a meal during the race). 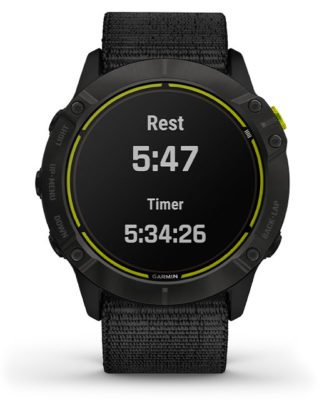 This will allow you to see in the race analysis more precise data about your running or refreshment times.

So far ClimbPro gave you information about the different climbs ahead, as well as the ongoing climb with details such as slope percent, a graph and distance and positive meters remaining.

As you may well know if you are regular to running in the mountains, running uphill is exhausting, but doing so downhill can be even worse.

ClimbPro on the Garmin Enduro will also offer relevant information for the descents. The graph, what lies ahead, etc. 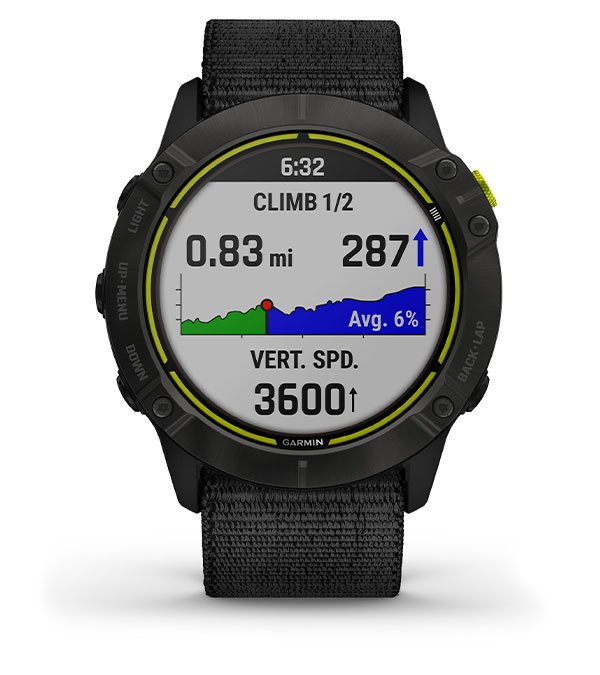 Remember that to have all this ClimbPro data it is necessary that we have previously uploaded a navigation route. That's where the watch pulls the information from, and it couldn't be otherwise because it wouldn't know where we're going.

The Garmin Enduro is offered in two finishes, whose only difference are the materials used: steel or titanium. The steel version has a grey strap and case, while in the titanium version both are black. But in both cases the accents are yellow (main button and line around the dial). 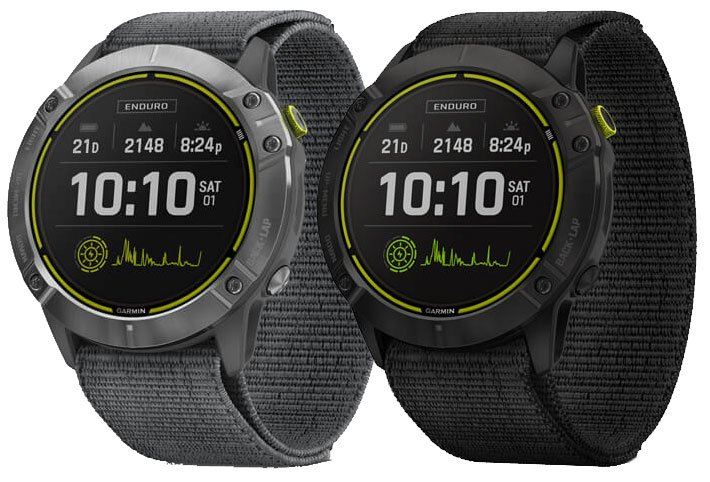 Let's talk about price. With the steel version, the price is €100 lower than the Fenix 6X Solar (which is only offered in titanium). However, the titanium version of the Garmin Enduro and the Garmin Fenix 6X Solar have the same price, something strange if we consider that the performance level is lower.

Therefore, it remains as follows:

As for its availability, right from today.

The launch of the Garmin Enduro seems somewhat strange, because Garmin wants to cover a segment that, in my opinion, had more than covered with their extensive Fenix 6 range.

Although maybe if we go over how the Fenix 6 family is formed we may find a little response to this release. If you remember, when the Fenix 6 arrived on the market we had three levels of “performance”: standard, pro and sapphire. For refreshing your memory, I copy what I wrote in the Fenix 6 family review:

Where was the important detail? Garmin understood that their Fenix 6X should be an even more premium product and was not offered in the standard version, the most economical version was the Fenix 6X Pro with maps and music playback.

Therefore the Garmin Enduro would be a standard Garmin Fenix 6X, but with solar charging. The development cost for Garmin is virtually non-existent, because they are using components that they already had available in the rest of the range.

Why didn't they call it Garmin Fenix 6X? Because they are releasing a new model and not a “remastered” version of what was already on the market. That means that they can maintain a high price, because in fact the non-Pro versions of Fenix 6 and Fenix 6S have already dropped quite a lot in price.

And why not, they create a new market segment that did not exist until now, where they are the only ones that offer a device: ultra-performance lightweight watch, as they say in their advertising slogan.

But regardless of all that, they give one more possibility to offer a product adapted to a very specific usage profile. It will not be sold as the Fenix 6X has been sold, but it becomes an exclusive product for a very specific customer. And it is that the mere fact of wearing one on the wrist says a lot about who carries it (ultrafondo runner).

However, I don't think the market was asking for this watch or needed it somehow. If you are in a money spend mood, the Fenix 6X Solar offers more features (maps, music, WiFi) for the same price.

Are there really people who fall short with the 60 hours of GPS use of the Garmin Fenix 6X Solar and the 80 hours of Garmin Enduro are their salvation? Maybe there is that user profile, but I doubt it's too large.

What's your opinion on the Garmin Enduro? Below you have the comments section where you can leave your opinion about the new Garmin model and, if you have any questions left about its features, you can also ask them there.

And with that... Thanks for reading! 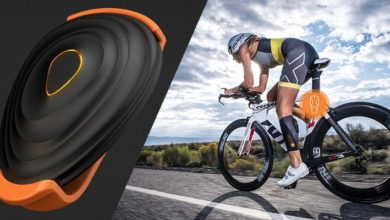