Without making much noise and without warning, Garmin has released a couple of updates for its website Garmin ConnectAnd one of them was expected, above all, to bring its activity monitors into line with the rest of the competition.

Oddly enough, no device firmware update was required for this update, which was done directly through Garmin Connect. The button to activate sleep mode manually still works, and presumably will continue to do so for anyone who wants to continue to activate manually or wants to record a quick nap (no detection for naps).

The changes are reflected on the page itself, and include all Garmin devices that support the function, i.e. the entire Vivo range of activity monitors (Garmin Vivofit, Vivofit2, and Vivosmart) and other activity monitor watches (Garmin Forerunner 15, Vivoactive, 920xt, Phoenix 3 and the EpixWhat the server does now is analyze the movements the device has had during the night and when it has had less activity, so as to determine when you have gone to sleep. Because knowing when you have woken up is easy: when you first hit the alarm clock energetically.

The information you will see on the web or in the application does not vary, is the same as always. That is, compared with other brands, quite brief. As for the detection of tonight for example, has determined that I went to bed at 23:50. It is not entirely true, because at that time I was still doing things in bed with the iPad. Although it is also true that I had gone to bed before, so it has not set the time I have laid down, which would be easy, but when it has detected that I could be sleeping (generally less movement). Neither for Garmin nor for me, we will leave it in a draw. But if the time to wake up is correct.

This update puts Garmin on a par with the competition in terms of detecting sleep automatically. Previously, you had to press the button and indicate it manually. And two things could happen, you could activate the mode and stay watching TV until you fell asleep, or you could fall asleep before you remembered to press the button. Either way, it wouldn't count the time effectively.

And if I'm honest, in my case I ended up just taking off my watch and leaving it on the nightstand. Now I have an incentive to keep it on.

What you need to remember is to leave your phone set to not receive notifications. I don't think you want to be woken up by a vibration at 4am by some mail received when you are supposed to be resting.

The programming of the training sessions has received a facelift. In terms of functions it has been extended to 50 possible steps which you can configure (previously the maximum was 20). You can create training for running, cycling or customised training.


The space for programming is now larger, the use has not changed much, and the duration and objectives remain the same.

It's not a major improvement, as I say a simple face-lift, but it's always welcome if it really improves the user experience. 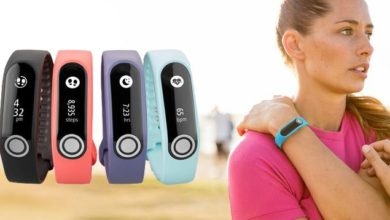