Garmin has just announced, through a press release, the acquisition of Firstbeat Analytics. This purchase can probably be the most important news of 2020 in the sports technology segment. It's more than likely that right now you can see people running like headless chicken in the headquarters of all tech manufacturers (unless it's in Garmin's offices).

What is Firstbeat Analytics

Before analyzing the purchase that Garmin just made, I think it's good to clarify what or who Firstbeat Analytics is. Many of you will already know them, at least if you have read any analysis of sports technology on this website. But perhaps for many others it's the first time you've heard his name.

Firstbeat Analytics, as Garmin points out in its press conference, is "a privately held provider of physiological analytics and metrics for consumer devices in the health, wellness and performance segments. Firstbeat Analytics is the licensing business for end-user products, which until now was part of Firstbeat Technologies.".

That is, it is the business part of Firstbeat that licenses other manufacturers their physiological analysis metrics. Except for Polar (which has a specific department), other manufacturers depend to a greater or lesser extent on the metrics that Firstbeat has developed. Garmin is its main customer (by number of licensed metrics and number of models), but many others license its products: Suunto, Casio, Amazfit, Huawei... 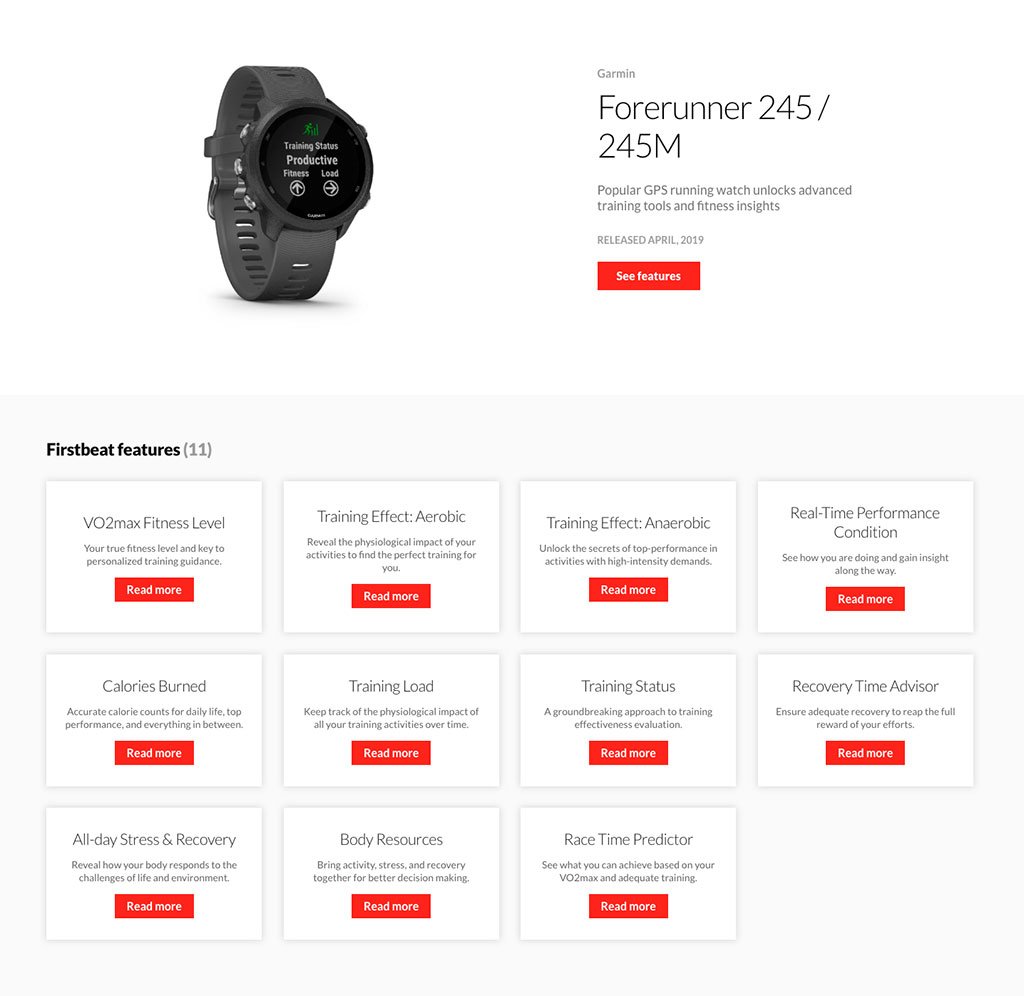 Many of the advanced performance metrics we can see on any device come from Firstbeat: calories, VO2max estimate, training load, etc.

With the possibility of purchasing by Garmin, this is a logical move. Garmin will not detail the financial details of the operation (that is, we will not know how much they have paid), but it is likely that in the medium term it will not only be profitable, but they will be saving money.

The way Firstbeat works is through licenses. If a manufacturer wants to use one of their metrics for new products, they will have to pay a fee for each device sold. From cents to several euros. Logically as we add packages the final bill increases (it's like going to the dealer and starting to set up options for your new car).

Therefore, after the acquisition by Garmin, all these licensing fees are eliminated. Not accountably, because they will operate as two different companies and invoicing will continue to exist, but for the purposes of the overall income statement. So from the point of view of Garmin is a totally logical purchase.

Although they have several customers, most of Firstbeat's annual turnover probably comes from their relationship with Garmin. That puts them at risk because if Garmin tomorrow decides that they will start working with self-developed metrics, it would leave Firstbeat with a pretty big problem. So if the offer has been good (as probably happened), the sale of the Firstbeat Analytics division is also more than logical.


So we have two clear winners: Garmin and Firstbeat. But when someone wins, there must also be losers. And in this case those losers are the rest of the manufacturers and, in the end, all of us as end users.

Will Firstbeat metrics become unavailable on other devices?

In the short term the answer is a resounding no. Firstbeat has contracts with each of the manufacturers, contracts that regardless of who owns the company must be fulfilled. So if you have a Suunto, Huawei or Casio that uses Firstbeat metrics you don't have to worry about, everything will stay the same.

But in the medium and long term? That's a totally different matter. Although Garmin has stated in the press release that Firstbeat Analytics will continue to operate independently in Finland, there is nothing to prevent Garmin from deciding that the new metrics or algorithms they develop will not be licensed to other manufacturers.

Calories or VO2max? No problem, anyone will be able to access them. These are very basic functions that they will have no objection in offering to other manufacturers. But it is likely that new features (for example, the new training suggestions of the Garmin Edge 1030 Plus), Garmin will decide that it makes more money by selling devices with those features exclusively than licensing it to others manufacturers.

That's the most important thing about this purchase, what will happen to the licensing of new metrics to other manufacturers.

Why this is bad for consumers

If you are a Garmin consumer, this may be good news in your case. Firstbeat will develop metrics that can be better adapted to Garmin devices from the start. Similarly, there are more facilities for retrocompatibility when a new feature is launched, although the latter is less likely because as long as companies continue to operate independently, Garmin will have to continue to pay licenses, so at the level of product cost there will not be too many changes.

But if you are a consumer of another brand, it is more than likely that those new features that Firstbeat will develop will not reach the products of those manufacturers. It makes no sense that Garmin prefers to earn one or two euros by licensing the technology, when it can earn 10 or 20 times more if what it sells is its own device. Therefore competition within the segment will be decreasing.

But it can be the spark needed for a new company to enter the segment and, with the help of external capital, start developing new metrics that can compete with Firstbeat (and therefore Garmin). Or who knows, maybe Polar will decide that now is a good time to license its technology to other manufacturers who are suspicious of Firstbeat from now on.

But as I said at the beginning, it is a very important news because of everything it entails in the medium term and whose implications we will not see for a few years, so we will have to wait and see how everything develops.