The full analysis of the Fitbit IonicThis article is only from the presentation of the model.

Click here to see all the details and opinion of Fitbit's GPS watch.

Fitbit has presented today its new intelligent clock. Under the name Fitbit Ionic we find a GPS clock that goes beyond the physical activity monitoring that the American firm has got us used to, offering many other services: applications, wireless payment and support for music playback among others.

In short, today's announcement has only virtually confirmed everything I told you a few days agowhen we didn't even know the name of this smart Fitbit watch.

The Fitbit Ionic is no longer a rumour, but a reality of which we already know practically every detail, at least until it has a test unit with which to enter into the tangible details of any such device.

Without a doubt, applications are the most important part of Fitbit's new smart clock, and it's what they've devoted the most resources to.

In fact, it all comes from the purchase of the Pebble company. This manufacturer of smart watches was mainly known for its large application platform and, above all, for the large community behind it.

When Fitbit acquired the company, he wasn't interested in no other respect beyond the application platform and development SDKIn fact the development SDK is based on the project that Pebble was carrying out, basing the programming on a language much more known as Javascript and SVG images.


This new application platform that Fitbit has finished developing stands out, above all, for the simplicity it offers users to create apps. Not only because Javascript is a language tremendously well known among developers, but also because it allows access to the platform from any device connected to the Internet. It is not necessary to download any type of application since access is through the browser to the platform called Fitbit Studio. 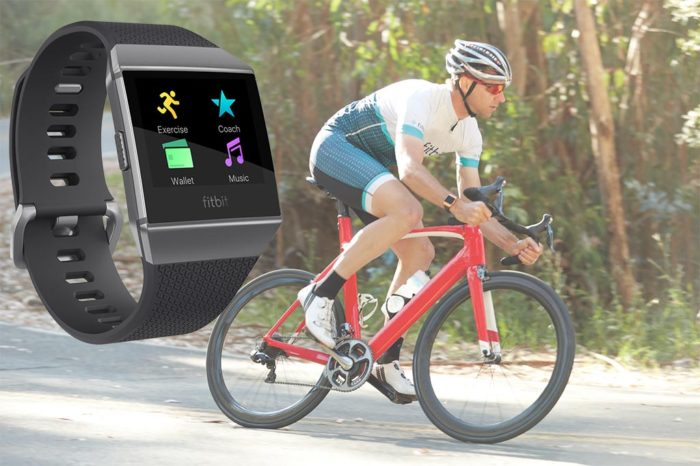 In addition, Fitbit allows you to privately upload and share any application without having to go through a prior approval process by the company. Therefore, you can publish an application privately and provide a link to a friend or family member, and they can download it immediately.

This application will not be available to the rest of the world in the application store, at least not until it has been approved by Fitbit, because this approval will be necessary when publishing the application for everyone.

The Fitbit Ionic has 2.5GB of internal memory to not only store applications, but also to allow the playback of music. It currently offers two options for this playback.

Firstly by synchronizing the lists through the streaming service Pandora. At the moment we do not care too much here, since Pandora is an exclusive service for the United States, although there are plans to offer compatibility with other types of services in the future, as long as all the necessary agreements can be reached with all the interested parties.

The second possibility is through the desktop program, with which we can manage what music we want to have on the clock, which we will have previously and will be synchronized wirelessly via WiFi, since there is no possibility of connecting the clock as if it were a USB memory.

And to highlight the music playback possibilities offered by the new Fitbit Ionic, the firm has also presented a headset with a Bluetooth connection, called Fitbit FlyerThese headphones are what we would expect from such a device, except for one small detail. 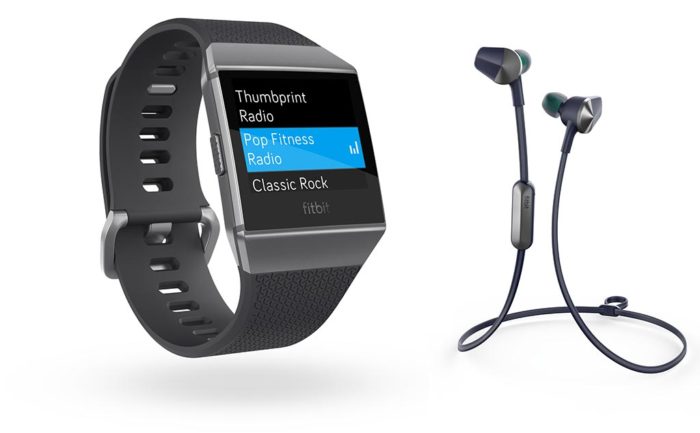 The Fitbit Flyer offers the possibility to connect in a simultaneously to two devicesTherefore, they can be connected to the clock to play the music on it in sync and at the same time connected to your phone, allowing you to switch between the clock and the phone cleanly to answer calls.

Another detail to emphasize is that these headphones are resistant to a certain extent to water, which guarantees durability against sweat or rain.

The Ionic incorporates NFCThrough the mobile application, you can add your credit card and pay simply by setting the clock to a dataphone or vending machine that have wireless payment technology.

If there is one device where electronic payment makes sense, it is precisely a sports watch. Going out to train with just the watch and, when you finish, being able to buy something to drink or use public transport, all without having to carry cash or credit card. 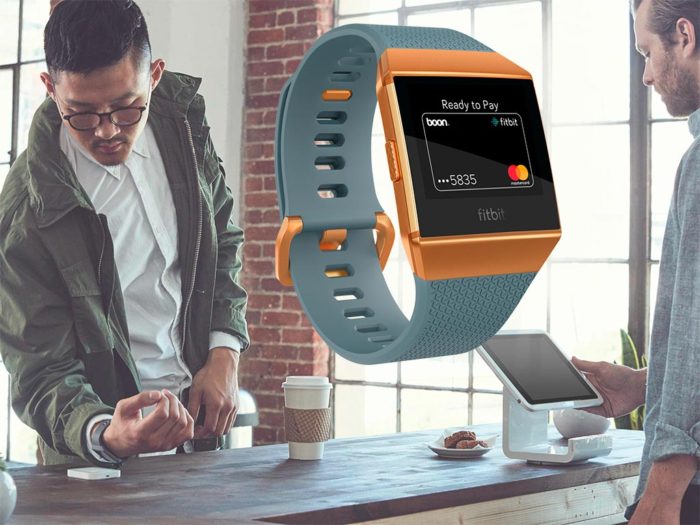 This is made possible by another of Fitbit's past acquisitionsIn this case Coin, a company dedicated to electronic payments and whose technology is now integrated into the Fitbit Ionic.

For the time being, this payment system will be compatible in Spain with Banco Santander cards. As is usually the case in these cases (and with other providers such as Apple Pay or Android Pay), extending the supported cards is awaiting the agreements to be reached between the company and the various financial institutions.

A smart watch in its own right

The Fitbit Ionic is a smartwatch in its own right, incorporating all the features we would expect from a watch of this type, including all the different notices which, until now, only the Fitbit Blaze offered.

Therefore it will not only notify of calendar, calls or SMS as most Fitbit devices do (except, as I said, the Blaze), but also any other application: Facebook, WhatsApp, mail, Twitter, etc. 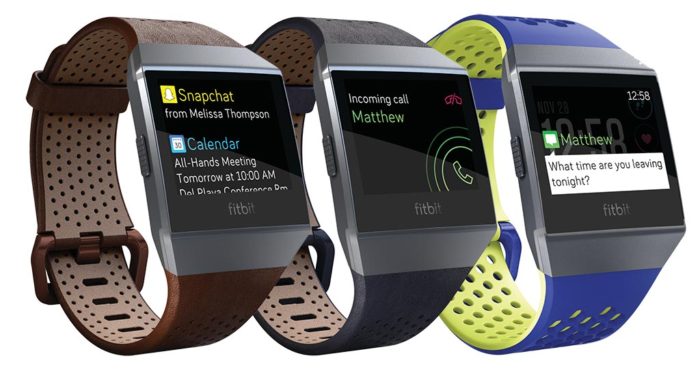 But unlike Android Wear or Apple Watches, it will not be possible to interact with these notificationsjust read them.

In addition to these functions, of course, there is the possibility of installing applications as you have seen before.

Within Fitbit's product offer there will be three different colours: silver, dark grey and gold. This is the colour of the aluminium box, and it will include two straps of different length in the box (size S and size L).

The range of straps on offer at the launch is quite extensive and will probably increase in the future. In recent years Fitbit has paid a lot of attention to its accessories catalogue to offer different combinations and, in many cases, with the support of different design firms.

The belt can be changed in seconds as it has a quick fasten systemThis will allow you to have a more elegant watch on a daily basis and, when training, to switch to a more comfortable strap that can withstand sweat and the elements.

For example, it is now able to estimate the percentage of oxygen in the blood, offering the potential in the future to provide more health indications and identify users suffering from sleep apnoea and that they were probably not aware of suffering from this pathology. 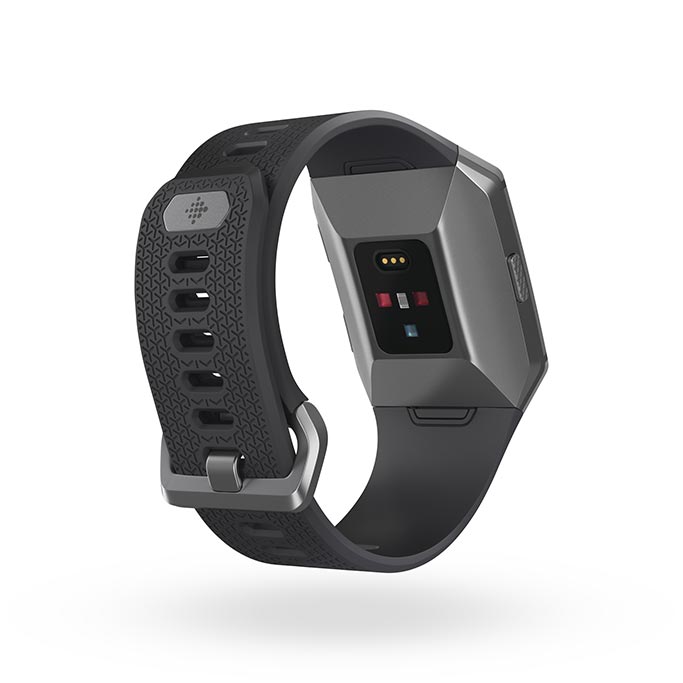 Fitbit claims that its new PurePulse sensor improves both in daily use 24/7 (which it of course continues to offer) and in exercise, specifically highlighting Cycling and Running IntervalsThe points where optical sensors typically have the worst performance.

Whether this is true or not will have to be determined when Fitbit already has units with definitive software and they are released to the market (and distributed for press).

After many devices where water resistance was not included in their features, finally the new Fitbit smart watch is certified to withstand immersion in water up to 50m.

This is possible thanks to the fact that the Ionic's housing is made of a single piece of aluminum, inside which all the components are integrated. In addition, the load connector, which is magnetically anchored and of a proprietary type, has the pins on the surface. All this simplifies the process of ensuring that water does not enter the interior of the device.

And because it is water resistant, the Ionic is able to track swimming training in the pool using, of course, the internal accelerometer. 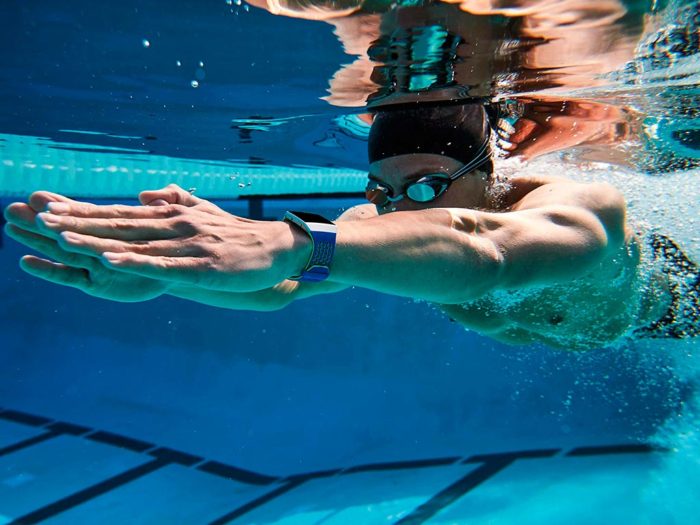 At the moment only swimming in the pool is contemplated, although Fitbit is working on adding an open water swimming profile using the internal GPS.

Both Fitbit Ionic and Fitbit Flyer will be available in just over a month. It is expected that both devices can be purchased in mid-October.

As for the price of both, the Fitbit Ionic will cost £349 in any of the available colours, while the Fitbit Flyer headset will cost £129.

This page, like any other page you see on the Internet, needs to be compensated in order to continue to function. If you make your purchase through the links on the web you'll be helping out the blog a little bit and becoming part of the Running a Marathon family. It's a small family, but it's cool!