One more year the CES is approaching. This time, despite having registered as a press, I have not been able to schedule the trip, so I will have to follow it from here. However, I hope to square it with more time for 2017 and be able to bring you all the news first hand.

CES is the most important international consumer electronics trade show of the year. Its name says it all: Consumer Electronic Show. Hundreds of new products will be presented in very different sectors; from televisions to smart vacuum cleaners (yes, I got the press release. A smarter vacuum cleaner than me). In other years when I have attended it has always been very focused on electronics in general, but in recent times the type of product being shown is increasingly oriented towards fitness, and in not too many years I am sure that wearables will be the king of the party.

This article will serve as a guide to what you can expect this week, at least as far as technology for sport is concerned. The fair officially starts on January 6th, although the curtain rises a couple of days before with press conferences and presentations to journalists. Specifically, I can define the CES Unveiled event as the official kick-off. It is an event created for journalists that lasts more than 3 hours, in which different brands present their new products and try to attract the attention of all the media.

I have already confirmed some presentations. I'm talking about events with date, place and time, not about specific products (in case I have them, or I had them, I must take the secret to my grave because of the confidentiality contracts). And that's what I want to talk about, who is present and what we can expect from them.

I'm waiting for some important news from Polar. They just recently presented the Polar A360In fact, they will participate in the CES Unveiled, which as I explained before is the most important event and the one that brings together the most members of the press.

The Polar V800 was introduced here just two years ago, so it is likely that a replacement will now be announced in the field of multi-sport or triathlon watches, but I hope that they have learned from the mistakes of the past and will not launch a product that is still unfinished, as was the case with the V800.

I'm pretty sure about the presentation of the V800 replacement, but I think that's not all we'll see. There may be something new in the lower-mid range and of course, that its optical sensor will also reach the GPS watches to face the Garmin Forerunner 235.

Garmin will of course be present, it couldn't be otherwise. It doesn't mean that they will present any product, at least as far as the sector is concerned. They operate in many other sectors and will present something new in some of them. They don't have any press conference scheduled, or at least they haven't invited me to it.

On a cold thought, there is not much to speculate on, since during 2015 they have presented a huge amount of devices and have absolutely all the ranges renewed.

A year ago they introduced Vivoactive, Vivofit 2, Fenix 3 and Epix. Maybe we can see a Vivoactive HR, with a built-in optical sensor. And in the last weeks I'm thinking that some special edition of the Fenix 3, or second edition or whatever you want to call it, might appear. Just aesthetic differences. Why is it the amount of things that have been added in the beta firmware of the clock. Week after week several new features have been added that might make us think about a re-release of the clock for 2016.


There are other devices that are asking for renewal, like the Edge 810, but I would be quite surprised if they were presented at this fair because it wouldn't have much media impact, and here we don't usually see devices for cycling. It's enough that I have said this so that next Tuesday we will have an Edge 820...

Suunto owes us the Ambit4, which will surely arrive in 2016. But we won't see it at the CES, in fact they won't even be present at this fair. So if you wanted to see the new Ambit you'll have to keep waiting.

Fitbit will bring important news. In fact, they have scheduled a press conference to present new products for January 5th, around which there is a lot of secrecy. I expect several products from the Californian firm. Activity monitors with and without an optical pulse sensor as well as a new GPS watch to replace the Surge. And I suppose they will put a special emphasis on mobile phone notifications.

Valencell does not sell products directly, they simply license technology to other manufacturers. We will see important innovations in terms of obtaining pulse variability (HRV) using optical sensors, something that until now was not possible. In addition to having their own stand, they will also offer presentations to the press on two consecutive days, so we will have to watch out for the stands of manufacturers that rely on their technology, such as Scosche, Jabra or SMS.

Mio has not prepared a press conference, but if they have spent the money to be present at the fair I am sure that some product will be shown, and I think that, as in the case of Valencell, it will be related to the pulse variability, which is the Achilles heel of optical sensors.

We continue with optical technology. LifeQ are responsible for the optical sensor that is present in the new TomTom Runner 2. When the watch was announced important promises were made for their technology, indicating that they would be able to measure not only the variability of the pulse but also the lactate threshold. Although their presence will be more related to the search for new companies looking for an optical sensor for their products, it is possible that they will tell us news about their technology.

Withings showed us Activité Pop a year ago in this very place. And since then it has been very well received. I doubt very much that there is any substitute right now. But we can expect new products in the health area and maybe some new activity monitors.

A little bit of everything

Another field that will surely see many presentations will be that of drones. To start with, GoPro will present its new self-piloted drone, called Karma. They will not be the only ones, DJI will also show new features. It is a sector that is about to explode, so we will start to see more and more proposals from different manufacturers and prices will start to plummet.

We will see them by the handful. Literally. Today, anyone who wants to be present in the wearables market must have their own activity monitor. Anyone who does not present their first model will be presenting the renewal of last year's model.

I don't trust that many will catch my eye, but I will focus on those that will bring new developments to the industry, because the step/calory/distance count is already well established.

Mind you, I'm surprised Jawbone doesn't have a stand at the fair.

Something that I have also been receiving in my inbox are numerous devices that track sleep. Not like a watch or bracelet that we always wear, but like sensors located at the bedside or under the mattress. Withings already had such a device in the past, and now other companies are exploring this field.

These are the speculations so far. Some I will get right, most I will fail miserably. The only thing I am clear about is that next week is going to be intense and the only place where you will find all the latest information will be here. I hope you don't miss any of the news. Thanks for reading! 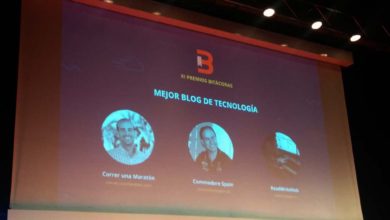 The whole truth about the Blog Awards Beginning of La Vuelta in Marbella. Getting to know the circuit and watching the race.