COROS announces today the first renewal of a product in its catalogue, the COROS PACE 2. It is an important thing to consider because we can no longer consider that it is a new brand in the market presenting new products. COROS has already reached maturity and is now renewing products within its catalog, something that is a remarkable milestone in a brand that began its journey just over 4 years ago (and with a cycling helmet, no less).

This maturity can be seen both in the new model and in the software that accompanies it (and that will also reach the rest of the range). COROS is no longer that brand that "reminds" of Garmin. The first COROS PACE was "too" inspired by Garmin's Forerunner range in many ways. They now have their own identity, but more importantly a product agenda and vision of where they want to go beyond being the shadow of other brands.

If you like, let's go first with a complete list of features so you can take a complete look at everything it offers, and then go into all the details that I want to highlight about this new model.

That's about hardware specifications. Before going to the software, I want to comment on a few things. The first of them is the weight. With only 29 grams (using the nylon strap), the COROS PACE 2 becomes the lightest watch on the market. To put other references, a Garmin Forerunner 45S (smaller) weighs 32 grams. Or the Garmin Forerunner 245 with 38.5 grams.

That very low weight does not keep the watch from having a fantastic battery life, as has always been usual in COROS. Honestly, I don't know how they get it, but it's something to doubt about. My experience with COROS is that the watch hardly consumes battery, and it is something even more noticeable in 24/7 mode.

Where I am sure we will also notice that lightness is in how the OHR works, one of the things that I most want to check when the test unit arrives.

The maturity I was talking about at first is also visible in the watch design. COROS has already made the digital dial its hallmark (the control crown that we can see on the side). It is certainly a somewhat more expensive and complex element than simple buttons, but it fits perfectly with the software that the manufacturer has designed for their watches. 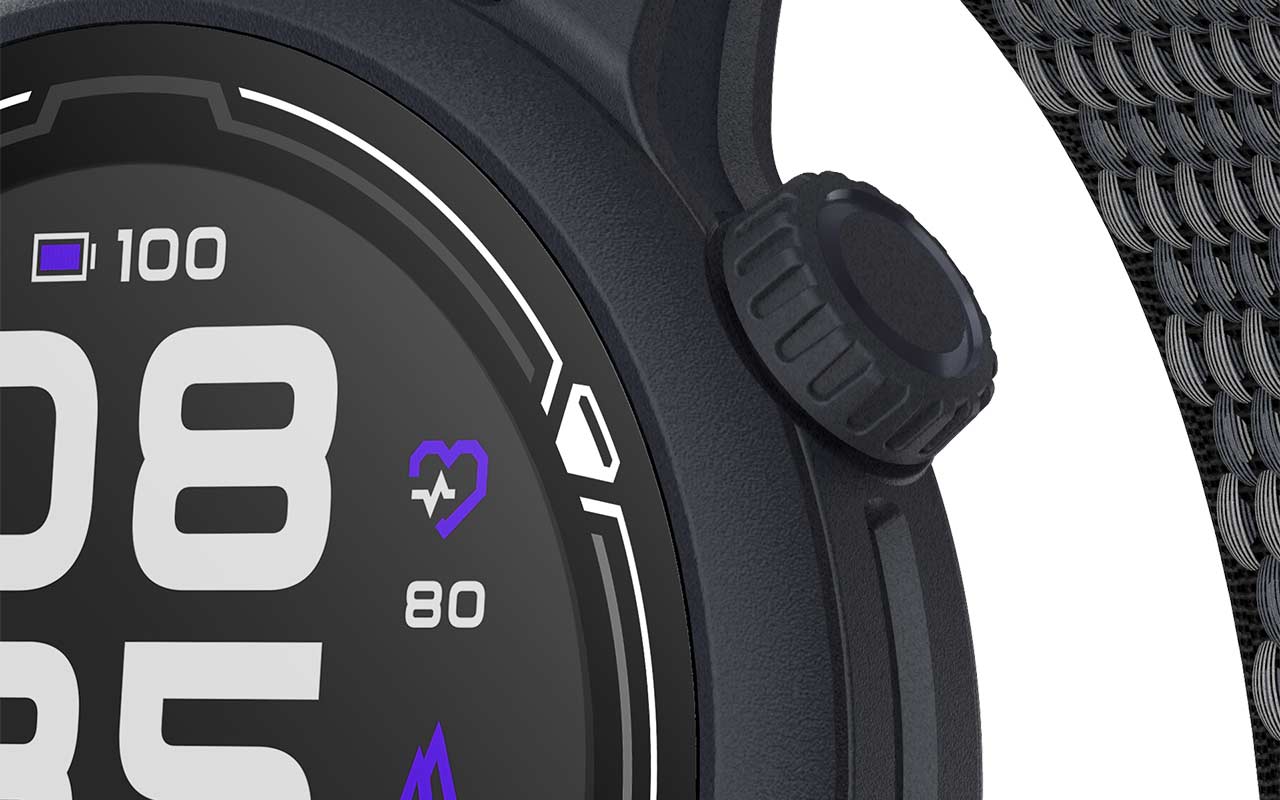 What also stands out is how the bezel got smaller. A 1.2″ display in a 42mm watch diameter means a small bezel. And it's remarkable because the original COROS PACE had the same screen size and were 47mm, so the new model has a 5mm narrower bezel, which is quite noticeable.

And finally, full ABC and thermometer. Something very unusual in watches of this range. What is ABC? It stands for "Altimeter, Barometer, Compass". Of course, the COROS PACE 2 does not offer mountain profiles for trail running or skiing modes, COROS wants to target this model for asphalt runners. And by the way, it doesn't have route navigation either, despite having a digital compass).


Then why did they put a barometric altimeter on the watch then? For one of its main claims at the software level, which is what we will see next.

So far I have focused all the attention on the hardware of the watch, which is frankly fine for a model of this range. But there are also important developments in the software section.

COROS continues to give importance to estimating race power. Two of its new features are focused on it. 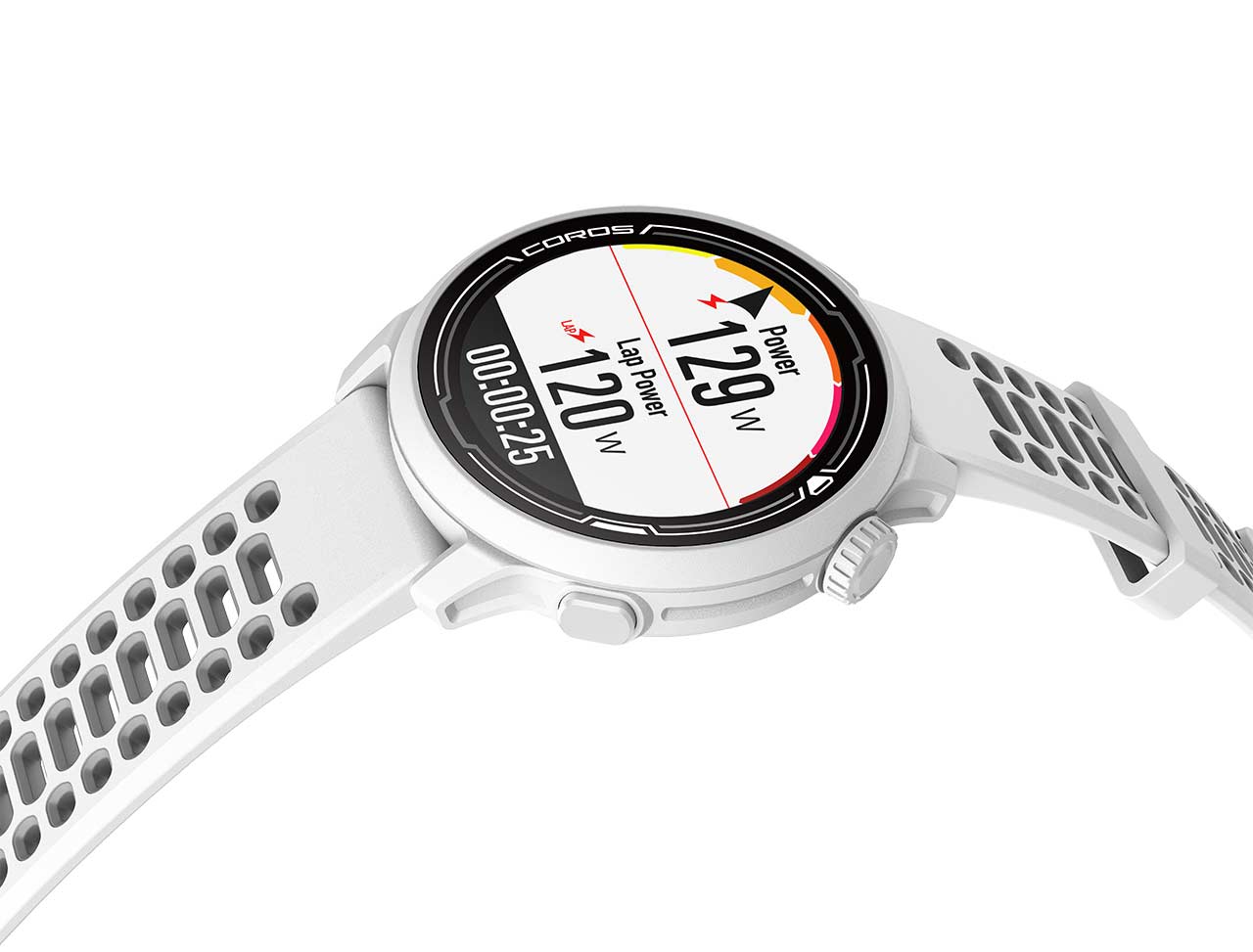 The COROS PACE 2 adds to the Polar Vantage V and Polar Grit X and will deliver estimated power without the need to pair any external accessories. COROS already offered power data, but COROS POD was needed.

Now the watch can do it directly, that is why COROS has equipped the new model with the barometric altimeter, which is necessary to perform the estimated power calculations.

But COROS wanted to go further by offering complete integration with Stryd. It is the best-known running power meter and the one with the better distribution (just like all others, it is an estimator and does not measure real power).

As for the training calendar, it is to continue working on the path they opened in the last update by supporting structured series workouts. The difference is that instead of having a collection of workouts, you can now see them on a calendar and set a workout for each day, thus creating a complete training plan.

All these new features are announced today for the COROS PACE 2, but will be available for the rest of the COROS range from 7pm, time of presentation.

The COROS PACE 2 will be available in less than a week, and will be offered in two different colours: navy blue and white. Despite the major improvements that exist in the second version of the PACE, COROS has decided to keep the price of the original model: 199€.

COROS has had a fundamental problem, at least in Europe: the price.

Their models have offered quality finishes, the manufacturer has constantly worked on updates and increasingly offered greater functionality in their watches.

However, its pricing policy is to keep the MSRP price on launch without offering rebates as time passes. That affects in Europe because, for example, the launch price of a COROS APEX Pro may be interesting if we compare it directly to that of the Garmin Fenix 6, but as time goes by and Garmin reduces the price of its model, APEX Pro is out of the game.

But that maturity I've been talking about from the beginning is also evident in the strategy that COROS has put forward for this model. I'm counting on the price of 199€ to remain unchanged, but the starting position is very different.

Right now at that price, PACE 2 would be rival for models like Forerunner 45 or Polar Ignite, but it offers very specific features that outweigh both. Things like power estimation or track run profile. And we can even compare it with more expensive models, such as the Polar Vantage M, Garmin Forerunner 245 or Suunto 5. The situation is the same.

COROS may be a new player in the market, but they are knowing how to move very well. They already have their own identity and above all a very defined plan of what they want to be and where they want to go. I am sure that the COROS PACE 2 will be a model that I will talk about in the future on many occasions and, after the in-depth review, it is a strong candidate for entering the best GPS watch recommendation guide.