You have chosen him, the Garmin Fenix 5 Plus is the best training device of 2018And the truth is that your choice doesn't surprise me at all because what Garmin offers with its latest model is very interesting. Perhaps less interesting is its price, but it's something you haven't taken into account when evaluating it.

Of course I'm not going to limit myself to naming the winner, I also want to analyze all the data that you have left with your votes and analyze what you have chosen... and why. Do you think it goes directly with the graph of percentage of votes? Well, here it is. 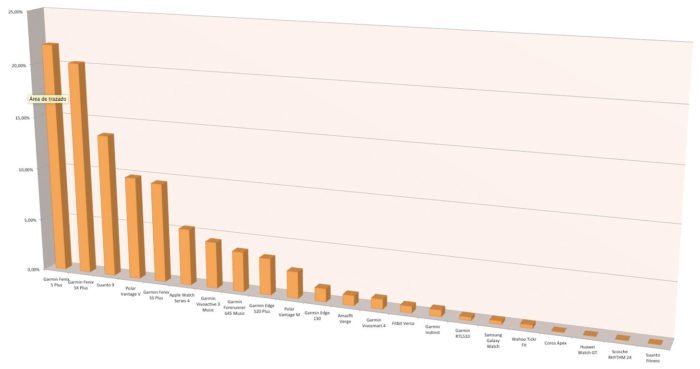 The unitary votes? Of course, I'll make it easy for you, too. 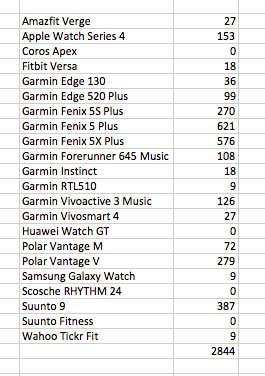 The best device this year was the Garmin Fenix 5 Plus, but let's take a look at the data...

But the choice of more than most of you has clearly gone to the Fenix 5 Plus family.

You have clearly chosen the models that offer the most features. The most important new features of the Fenix 5 Plus were maps on the clock, music playback and wireless payments. If we take a look at the 2017 votes we will see that the Fenix 5 were also very much appreciated by the public, but not as much as this year.

Even despite the significant increase in price, the percentage of votes received for the bonus has increased compared to last year, and both Suunto and Polar have introduced new models this year with exclusive features.


The user keeps asking for cartography

It was one of the conclusions I drew last year. 15% of the voters chose the Fenix 5X, which stood out for offering maps on the clock itself. This year the percentage of votes for a clock with maps has risen to 51%.

It's true that there are now three models that offer it, but it's still a very important promotion, so once again I'm giving the manufacturers the finger... it's a function that the public demands and it's no longer enough to offer navigation of routes by points.

The measurement of power on stroke is not, at the moment, appreciated

The Polar Vantage V has arrived on the market as the first watch to offer power measurement during a race without the need for any other device, and it is also fully integrated into the operating system with what it means in terms of training, graphics, etc.

However, only 10% of the voters have opted for the new model of Polar. Perhaps it has been detrimental to him that he still has some functions to receive, but it seems that it is something that still does not arouse the interest of the average user.

The smartwatch is still practically dead on a sporting level

0 votes for Huawei Watch, only 9 for Samsung's latest proposal. Only Apple has been saved from the burnout with a worthy 5%. Athletes are clear about this and when it comes to finding a training partner they still prefer a specific watch to a smart one.

This is a normal result. Manufacturers, especially Garmin, are trying to close the gap between what a training watch offers and what a smart watch offers. But it is not the other way around, where we can see that the smart watch manufacturers' proposition leaves everything to outside developers.

We still don't have platforms for synchronization and training analysis and it is left to developers to implement an application, but there is no clear commitment to sports practice.

So far the 2018 award and analysis has been important for Polar and Suunto, and more transitional for Garmin. Despite that the performance gap continues to grow, with a very powerful Garmin in terms of software development. Polar and Suunto have clearly focused on offering a product that their most loyal customer demands.

2019 has already started and in a few days we will have the first news of the year in the celebration of CES 2019. Garmin and Suunto will surely present products, but they will also be able to talk a little bit about what they have in their hands. Suunto in particular has been developing an external sensor capable of registering a lot of data for a couple of years and I am sure they will give us more details about how far the developers have come. Fitbit will surely have something to announce as well; and Valencell, FirstBeat and others will give us some idea of where the market is heading.

Thank you to those of you who participated in the vote and the draw is still pending. In the next few hours I will announce the winner... good luck!