The Asics Gel Cumulus is one of the typical models within the range of the Japanese manufacturer. It is a shoe that is repeated every year, just like the tax return. This year it was not going to be less and we already have here the new version, the Asics Cumulus 24.

The repetition of a model year after year has a problem, and that is that the manufacturer is always forced to incorporate something new or they are in danger of falling into ostracism. Because launching a new version that is identical to the previous one makes the market lose interest.

Asics had been stagnant for some time, with no remarkable novelties when the whole market around them was in full revolution. New geometries, new foams, new materials... while Asics was still "living" on its Gel cushioning.

This gel, which still has many fans, is still present in the Cumulus 24, but the brand has come up with new features in the form of Flytefoam, something that is rejuvenating a range of products that needed to be stripped of the layer of mothballs that had accumulated on top of it. Because not everything is Metaspeeds, Magic Speeds or Novablasts.

The Cumulus is Asics' mid-range training shoe, below the Nimbus (which is basically a more "premium" version of the Cumulus), and its purpose is to swallow the miles of basic daily training. But in addition 1TP7We can (and want to) ask them to allow us to pick up some speed, or that they can be used to do some long runs. That is to say, that they become a shoe for everything even if they don't stand out in anything special. Something similar to what the Pegasus means for Nike.

The upper of the Asics Cumulus 24

It is a daily training shoe for the general public, so the main objective is comfort and not lightness, ventilation or other features that 1TP7We can ask from a more specific shoe.

The upper is made of a one-piece jacquard mesh, and is combined with a collar and tongue with lots of padding. Putting your foot inside the shoe will be like putting it on top of a pillow, a feeling of comfort and having your foot completely tucked inside.

It offers a very secure and resistant look, which is obviously also an important factor when we are dealing with a daily training shoe, a workhorse that you are going to put a lot of kilometers a week. In fact the very plush collar offers a plush feel, something that brings the Cumulus tremendously close to the Nimbus. But this doesn't mean that the foot isn't locked in, I haven't had any problems with support or movement in the heel. The tongue is attached to the upper part of the midsole, which is practically necessary in shoes with a single-mesh jacquard upper. The fabric is not overly tight, so without other mechanisms there is a danger of not getting the shoe securely attached to the foot. Although in this case Asics uses the logo to complement the structure of the upper, allowing it to be more resistant to lateral movements.

It is a very comfortable upper with a tough look. There's plenty of room in the front so you won't feel constricted in the toe area.

And if you are an insole user you will be pleased to know that the one included in the Gel Cumulus 24 is not glued and can be removed without any problem, in case you want to use your own insoles. However, "so much luxury" in the upper makes the shoe not as ventilated as I would like for a summer in the south of Spain. The ventilation it offers is simply correct, valid for outings of 8-10 kilometers at easy paces, but on some occasions that I have accelerated the pace or that I have passed 16-18 kilometers I have started to feel hot feet.

As I said at the beginning, you have to be clear about what these shoes are focused on and it is not for speed work but for comfort, especially for a more generalist type of user. Obviously that means making concessions in other areas.

FF Blast foam arrives in the Cumulus. It is the same foam that Asics uses for the Novablast, but in this case the midsole height is lower. It is something that is noticeable because although it uses similar compounds, the tread is not as soft as in the Novablast.

This is normal, as this is not a maximalist shoe but a model with more traditional geometries. But the FF Blast foam, soft and bouncy, brings a comfortable feel to the dynamics of the shoe, improving the sensations of past models, which were much more boring. Flytefoam Blast is the main foam that Asics has used for the midsole, but it is not the only technology present. Of course we have the classic Asics Gel in the heel and forefoot area, but in the rear we also find a part of traditional Flytefoam foam to give support and support in the heel area.

The drop is 8mm, with a heel height of 24mm and 16mm in the forefoot. As you can see these are much more traditional numbers, far from the current trend towards maximalism. And by the way, the drop is now a bit lower compared to the Gel-Cumulus 23 (which was 10mm), something that I think suits the shoe well.

This is for the men's version, as in the women's model the numbers are somewhat different, thanks to Asics' 3D Space Construction that designs the shoes with different compression zones depending on gender.

The Gel-Cumulus 24 have a standard footprint, much better than previous models thanks to the use of Flytefoam Blast, but not with the same rebound point that podemos have in a Novablast, for example. And this is normal, because the amount of material used is not the same. However, this makes the Cumulus a more stable shoe than those other models with higher heights.

In short, the change of technologies improves on what we had so far, making the Asics Gel-Cumulus 24 a more fun shoe within the same segment in which it operates, with more rebound and without having to sacrifice stability as it can happen in other shoes with a higher stack.

Sole with two types of rubber

The outsole of the Asics Gel Cumulus 24 is frankly good, with good dry traction and acceptable on wet surfaces. The outsole is made with two types of compounds. In the forefoot it uses the Asics Lite rubber while for the heel area we have the AHAR+, somewhat harder and more resistant. The sole is not a full sole, but rather rubber strips glued over the midsole. This not only reduces the overall weight of the shoe but also creates deformation zones, conveniently studied, which will help with the transition of the footprint. The reason is very simple, the shoe is going to bend where it can bend easily, where there is only the bare midsole.

Despite having a lot of Flytefoam Blast compound exposed, I have not noticed any wear in that area. Yes, you can step on a stone just with the midfoot area where there is no protection, but it would be a fluke.

The base has enough width to make it a stable shoe, without being a specific stability model. It is focused on a neutral footstep user, although there are some elements that can help to provide more stability to the shoe. It's not that Asics has given the Cumulus 24 a 180-degree turnaround, but it is a pretty significant update over previous models. The FF Blast foam, which is starting to become popular across the entire Asics range of shoes, is a much needed breath of fresh air in a range that had become stagnant compared to what the competition has to offer.

It is not the perfect shoe because the upper is not "the panacea". It is resistant, comfortable and durable; but it lacks ventilation especially in the summer season. Obviously you can't have everything and even more so when it's not a top model of the brand. Let's say it's a "resultón" upper, valid for low or medium time runs but more than 20km in summer will be hot.

The Asics Gel-Cumulus 24 is a shoe for those who are looking for a neutral shoe for daily training, and who also want something with cushioning and a bit of rebound. It's not a Metaspeed Sky in the latter aspect, but they do have that slightly more fun component that we haven't found in Asics in recent times.

If you are looking for a daily training shoe and the Novablast doesn't convince you because it doesn't seem to have enough stability, the Cumulus would be the ideal candidate. Even above the Nimbus 24 which, in this version, are frankly close to the cheapest Asics model. And given the price difference between the two and the good performance they offer, these Cumulus are more worthwhile given their value for money. 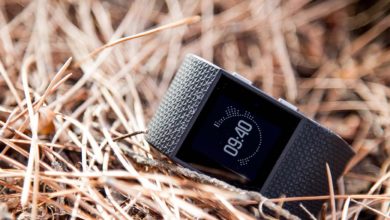