One more year Apple has celebrated today its event of presentation of new hardware. Among the new devices -iPhone 8, iPhone 8 Plus, iPhone X and Apple Watch Series 3- I am going to focus on the new clock, not because it is the one that brings more novelties, but because in this page it would not make much sense to talk about the rest of the devices.

The presentation on the Apple Watch focused on two fronts: firstly, highlighting some of the new features that have already been confirmed for Watch OS4 (the operating system for watches), and secondly, presenting the new watch model, the Apple Watch Series 3.

This is not a full test or anything like that, firstly because I obviously don't have any devices yet, and secondly because it would be too early. I'm still not clear whether it will be a watch that will be fully tested as I did with the Apple Watch Series 2Time will decide...

I would like to stop first at the new version of the operating system, which is at the top of Apple's presentation list today, and also includes changes to the entire range, including the initial model.

The new version of the operating system was already announced a few months ago but it is now that the new features are being implemented. Apple continues to give a lot of emphasis to sport and health features. These are some of its new features in this aspect: That's in terms of sports features, because there are also small health-related developments. Apple has announced an application, called Apple Heart Study, developed in conjunction with Stanford University. They will try to detect heart arrhythmia. But it's something they say will come in a few months, and they haven't defined much at the moment either. 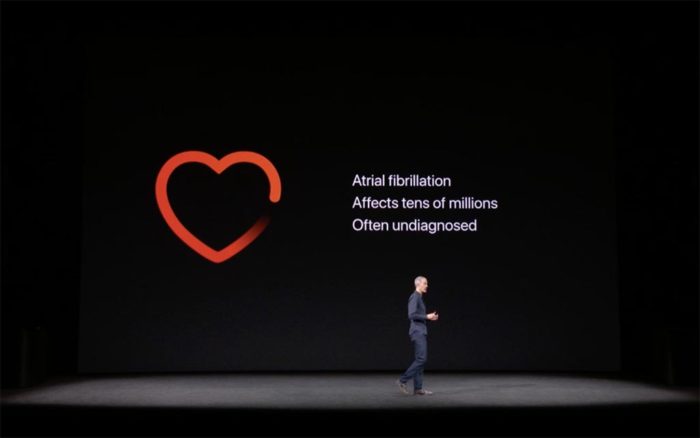 Finally, another new feature of the software in terms of health is the addition of an alarm to warn of a rise in heart rate when we are not performing an activity. Something that for the vast majority of athletes will go completely unnoticed, but in other segments of the population can be a detail of great importance and I am surprised that no other manufacturer has incorporated it before (especially Fitbit). Now we go to the new device presented that does not have much to highlight, at least in Spain, as the most interesting feature that can present as is the connectivity to mobile networks with an eSIM or virtual SIM. And is that at the moment in Spain no operator offers this functionality (and in countries where it is offered is an additional cost). 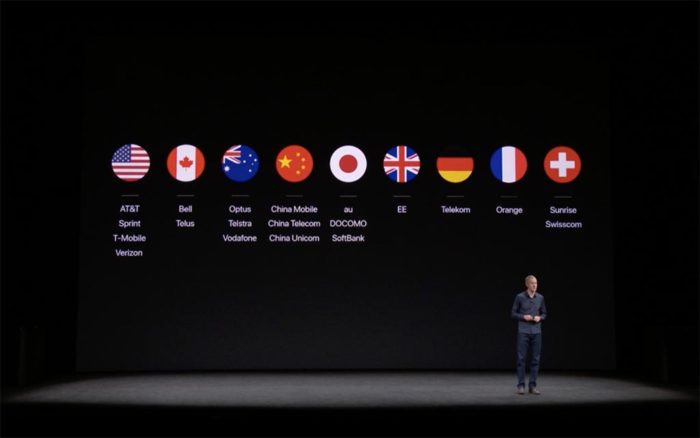 And it's a shame because it's certainly the most interesting feature, especially the way Apple seems to have achieved the integration of all the services. It's not just about being able to receive calls on the clock, but to turn it into a mobile phone extension, but without having the mobile phone on top of it. Receiving messages, emails or even third-party applications like Whatsapp - all this anywhere without having to carry the phone.

Leaving aside the mobile connectivity function there are some things that can also be highlighted. The design is almost identical, increasing only 0.25mm in thickness. Technically it is something impressive, because it is taking the previous design and adding even more things inside it like the antenna for the mobile connectivity functions, the virtual SIM chip, etc.

Oh, and Apple has also taken the opportunity to add a barometric altimeter (which was already in the Apple Watch Series 2 but they never decided to activate it), which will allow them to count the floors climbed as the competition does and, as they have also said, opens the door to applications for skiing or snowboarding.

What's more interesting about this whole redesign is that Apple has moved the location of the antennas, specifying that the display itself is now the antenna. Could they have moved the GPS antenna there as well? This is certainly my main complaint regarding the Apple Watch Series 2. Of course all this has been rounded off with consequent improvements in processor, battery management, etc.

It will be possible to book from September 15th at a price of 369 ? for the version without mobile connection, which at the moment is the only one we will have in Spain. There are no major new features in either the new version of the operating system or the new model of Apple Watch. Many will probably criticize me for saying this, but Apple has never been known to be the first in anything. Most of the things presented today we have seen before in one form or another on other devices.

Where Apple always does a fantastic job is when it comes to "packaging" and presenting it. It's what's called the user experience, and that's where Apple's work is always excellent.

This is precisely what makes their products so popular. They can do very powerful things with great simplicity, like no one else can offer.

What remains to be seen is whether the redesign of the training application or the developments with respect to the antenna are sufficient to correct the faults present in the second version of the clock (the first with GPS reception). As I say, I have not yet decided whether there will be a full analysis for this version. In the end my time is (very) short and it will all depend on what you, the readers, demand.

Withings Activité Pop. The activity monitor that doesn't seem to be from the future.