Just when it seemed that the market for GPS chips was already very mature and the next logical step on the evolutionary scale was not going to come until the Galileo system went into operation, Broadcom has announced a new chip that promises to revive the market for GPS receivers. At least, that of those devices that integrate the new chip Broadcom BCM47755.

Although Broadcom has created this new component device especially for smartphones - for millions of units sold it should be their number 1 target - the new chip is perfectly valid for wearables as well, which includes both smart GPS watches and training devices.

The American manufacturer has made two promises: to reduce the location error to only 30 centimeters and also with a 50% reduction in energy use. And it better be true, because the announcement is quite pretentious.

What is the important new feature of the new chip to be able to reduce the error of location to only 30 centimeters? Until now the GPS chips allowed the communication between device and satellite is done through the L1 band. This band is exposed to interference and mainly to the bounce of signals in buildings, making it difficult to locate especially in urban environments. Have you never discovered a point in your frequent routes where the location is always irregular? Something like a Bermuda triangle for the GPS. I have several in which regardless of the day or how long the clock has been receiving signal, always it has major jumps.

No matter what watches you wear, after that crossing all are lost due to interference and signal bounce.

Broadcom's new chip not only incorporates the L1 band but also the L5 band, which until now was used in much more complex (and expensive) industrial solutions. Therefore its solution goes one step further than what we knew until now, since it will triangulate the position in the L1 band as before, but thanks to the L5 band reception it will be able to filter the results obtained thus improving the location accuracy, especially in complicated environments. In addition, the new BCM47755 chip is manufactured with a 28 gauge process and incorporates different technologies that allow for a reduction in consumption of up to 50% compared to what is known up to now.

Make no mistake, it doesn't mean that the battery life of the watches will now be doubled, simply that the consumption of the GPS chip will be lower. It is true that the GPS is the one that demands the most energy from the battery, but this is not the only thing. Be that as it may, it is foreseeable that the autonomies can improve notably.


Which manufacturers will mount this chip? It's still too early to say as Broadcom has simply announced its new product, but it's not known how much it will cost manufacturers to be able to offer it in their devices. We must also take into account that it opens the door for other manufacturers to be able to make a similar development (or to devote more resources than they were using until now to do so), so other producers such as SiRF or Mediatek, which is what equips the 99% of the current GPS watches, will offer a similar solution.

Finally, I must remember that although the chip is a very important part of the chain, it is not the only one. Details that may seem minor such as the antenna or the software that manages everything can mean a remarkable difference between two devices using the same chip. It is one more part, but it is clear that being more capable the possibilities increase exponentially. 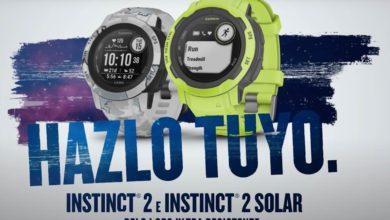